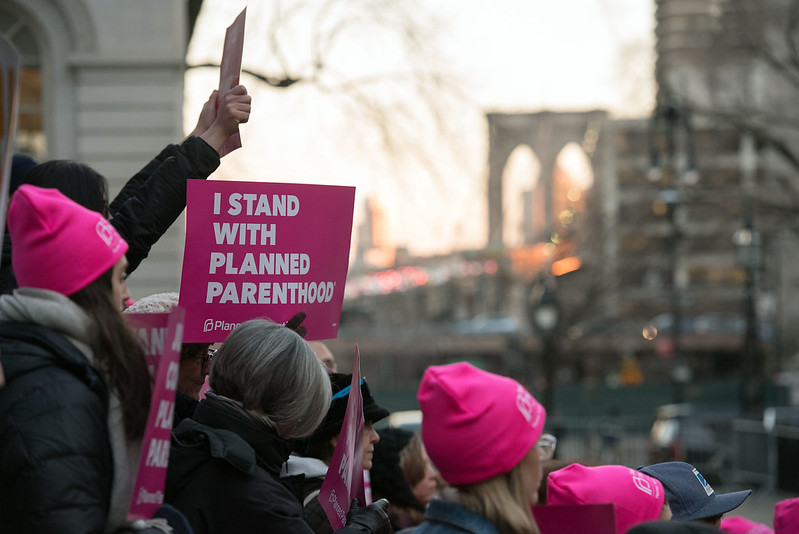 We are in a cultural and political moment of national reckoning with systemic racism and Planned Parenthood of Greater New York is not immune. We recently announced our decision to remove our founder Margaret Sanger’s name from our Manhattan Health Center and asked the City Council to remove a street sign named after her in the East Village.

Sanger was a champion of birth control — which expanded bodily autonomy for many, including women of color — and she also supported the racist ideology of eugenics. Both of those things are true. We must grapple with the totality of her legacy to allow our patients to access the full spectrum of sexual and reproductive health care free of fear, stigma, or shame from people who work in opposition of our mission.

Immediately following our announcement, anti-abortion agitators attempted to hijack the decision as a win of their own — they have weaponized Sanger’s complicated history in their crusade against reproductive freedom, particularly for black women. Their concern is fake and harmful. Women of color know that birth control, cancer screenings, HIV testing and treatment, wellness exams, and safe, legal abortion are essential to living a healthy life.

Many abortion opponents’ policies and politicians resist the advancement of Black, Latino, queer, trans, and gender-nonbinary people whose lives are deeply impacted by systemic racism, economic injustices, and health care inequality every day. They are not aligned with our belief that every person has the fundamental human right to bodily autonomy and the freedom to thrive. Instead, they exploit Sanger's name to block access to fundamental health care and health centers.

As PPGNY faces our past and reclaims our story, we expose them and their true intent of shaming tactics to stigmatize sexual and reproductive health care and reveal their deep disdain for women of color, Black women in particular, for daring to unapologetically assert control over our bodies, even after centuries of struggle.

Women of color have long understood the impact of Margaret Sanger’s support for eugenics. More than two decades ago Dr. Dorothy Roberts wrote in Killing the Black Body, “Birth control in America was defined from the movement’s inception in terms of race and could never be properly understood apart from race again.” The women of color who created and led the reproductive justice movement have given us a powerful blueprint to connect the dots and shape our work as a reproductive rights organization by understanding women of color ‘don’t live single-issue lives’ and systemic racism shapes every aspect of our lives, including sexual and reproductive health. We are learning, listening, and committing to following that collective wisdom as we work to transform our institution.

Our decision to reckon with our founder’s legacy extends far beyond renaming streets and buildings. It includes a public commitment to transforming the way we show up in and serve our communities. Our Reviving Radical initiative asks that we: 1) confront Planned Parenthood’s legacy and contributions to historical reproductive harm of communities of color; 2) divest from and dismantle white-dominant organizational cultural norms and values; 3) adopt individual and institutional practices that value people of color; 4) center communities of color’s voices, experiences, and knowledge of selves; and 5) build accountable relationships with communities of color.

These community mandates are fundamentally about undoing the racism woven into the fabric of every institution in this country and making the human right to bodily autonomy true for all. At Planned Parenthood of Greater New York, removing Sanger’s name was an important start but it is by no means the end of this conversation.