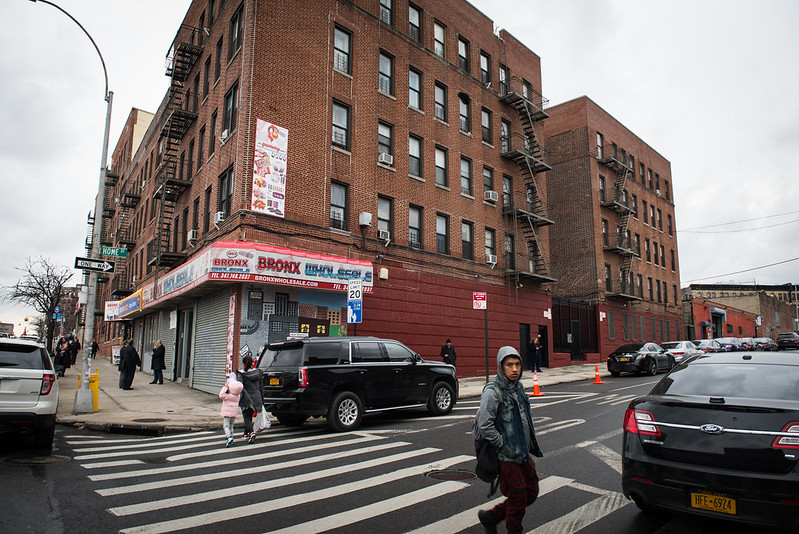 In January 2015, I was released from a federal prison in California with the clothes I came in with, a few personal possessions I’d collected over the six years I had been incarcerated, and a bus ticket back to New York City. After a six-day journey home, I found myself subletting a room from a family friend – and as long as the rent was paid on time, they did not ask questions. Living in this apartment allowed me to find employment, cultivate relationships with my family, and continue pursuing my degree at City Tech. Unfortunately, this arrangement did not last.

In 2017, the landlord conducted a criminal background check and proceeded to evict me. Within a few months, I was in a homeless shelter.

Communities of color are disparately harmed by so many systems – particularly the intersection of our criminal legal system and our housing system. As a person of color in America, I am constantly straddling those two systems and the racist laws that sustain them. The incredible protests sweeping across all 50 states (and several countries) are demanding accountability to Black and brown lives — investing away from police and toward structural change. But this change can’t begin and end with police reform. It must also extend to all other systems, especially housing.

After my eviction, I worked tirelessly to find a new home. I called real estate agents, filled out applications, paid for nonrefundable background checks (between $25 and $50 each), put down deposits, and met with landlords. When faced with the question, “Where have you lived for the past five years?” or “Have you ever been convicted of a crime?” I answered honestly: “prison” and “yes.” On paper, I had not existed until my release from prison. Between this and background checks that confirmed my history, prospective landlords deemed me unworthy of safe, stable housing.

My only options were overcrowded, vermin-riddled three-quarter houses, the city’s homeless shelter system, or living on the streets.

For three years now, I’ve been homeless – bouncing between shelters and temporary arrangements with friends and family. Currently, I share a cramped room with my nephew. The apartment is next to a highway and my window looks out onto a cemetery.

Unfortunately, my situation is not an anomaly. Housing options for people with conviction records are slim. The New York City Housing Authority (NYCHA) would be a reasonable option, but NYCHA can exclude system-impacted people from applying, living, or even visiting family and friends in NYCHA housing. In short, people with records are systematically excluded from both private and public housing.

It astounds me that these discriminatory policies persist, especially when research consistently shows that stable housing promotes successful reentry and reduces recidivism. Having a place to call home enables formerly incarcerated people to gain and retain employment, connect with family, and avoid future entanglements with the criminal legal system – all of which contribute to creating safer communities for everyone.

Legislation can fix this problem by prohibiting housing discrimination based on conviction records. Passing such a law will prevent real estate brokers and landlords from refusing to sell, rent, or lease housing to people based on past conviction records. It would mean people like me could finally have a place to call home.

New York has the second-highest rate of homelessness in the United States: roughly 80,000 people in the City do not have a place to call home and are in shelter; tens of thousands more are living in informal arrangements like doubling up with friends or relatives. Research shows that roughly 15% of all incarcerated people experience homelessness in the year prior to admission to prison.

Upon release, formerly-incarcerated people are seven times more likely to be homeless than someone without a history of system-involvement. In 2017, 54% of those released from prisons in the state wound up in a homeless shelter in New York City.

But this is not just a homelessness issue – this is a racism issue. Our mass policing, arrest, and incarceration policies disproportionately target communities of color. As a result, one in three Black adult men has a felony conviction in the United States. The racial disparities in incarceration are particularly stark in New York City, where 90 percent of people in jail are Black or Hispanic.

Every one of those people faces housing discrimination and a hard road back.

When I was released from prison in 2015, I incorrectly assumed that I had paid my debt to society and that I could become a productive, contributing member of my community. Instead, I continue to suffer from the collateral consequences of both a racist criminal legal system and deeply entrenched racism in our housing laws.

A conviction history should be a history – not a life sentence. If we truly want to create lasting changes to our racist laws and systems, we must end racist discrimination in housing once and for all.

***
Devone Nash is a mental health advocate and member of the Fair Chance for Housing Coalition. He lives in New York City and recently graduated from Medgar Evers College with a degree in Psychology.