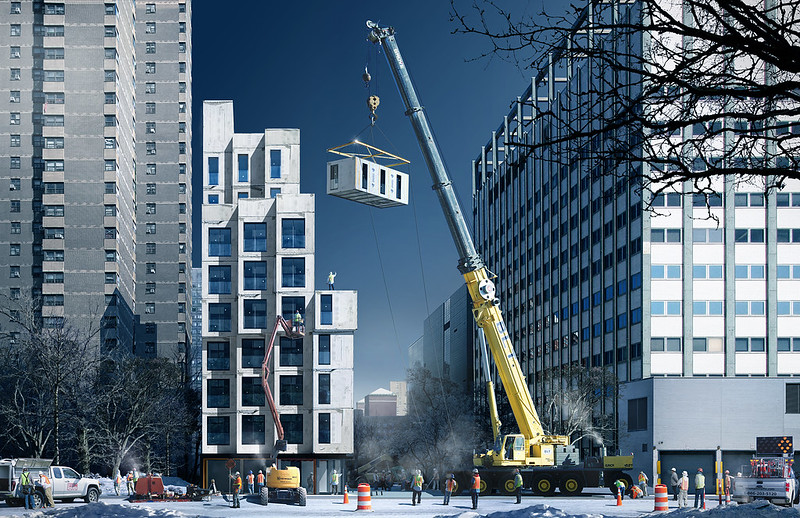 Time to crack down on zoning fraud, the author argues (photo: mayor's office)

Most of the world now knows the Kushner name for the widespread political corruption of the Trump administration, but the family company has been ripping off New Yorkers for years. How did a slumlord developer get all the way to the White House?

Fittingly the answer lies with the President’s lawyer, Rudy Giuliani, who paved the way as Mayor of New York City by shifting enforcement of vital building regulations to an honor system. But an honor system only works when there are true consequences for violating it. Enforcement has been tepid at best, emboldening bad actors to falsify plans to build structures that violate zoning and other building codes with impunity, thereby lining their pockets with millions of dollars in ill-gotten gains. The solution is to stop defaulting to civil regulation and start criminally investigating professionals and entities who file false statements.

The problem stems from the unpoliced self-certification program.

Given the fast pace of development, the New York City Department of Buildings (DOB) doesn’t review every plan, and regulators don’t necessarily have the bandwidth to scour for falsehoods. Under Giuliani, the city expanded the abilities of licensed architects and engineers to attest to the DOB and other relevant agencies that a project complies with the law. The thinking was that these design professionals were licensed by the city and state and therefore could be trusted to always tell the truth. This ignored the obvious conflict; their livelihoods were dependent on the very developers who stood to profit from violating zoning protections.

On the rare occasion that authorities find a false statement, the punishment is a lowly fine, like the $210,000 in the Kushner case, even though under New York law it’s a felony to submit false paperwork and each false document carries a term of imprisonment of up to four years. The complete lack of oversight allowed the Kushners to harass and eventually chase out long-time tenants from the East Village and the Lower East Side to make way for wealthy, market-rate tenants.

As the former head of the Manhattan District Attorney’s Construction Fraud Taskforce, I’ve fought rampant, unchecked self-certification. More than a decade ago, it was key to convicting executives who falsified the concrete strength of iconic New York City landmarks like the World Trade Center, Yankee Stadium, and Second Avenue Subway. More recent examples include 1059 Third Avenue and 249 East 62nd Street, aka the “condo on stilts.” At 62nd Street, the building’s mechanical void — unoccupied floor spaces usually created to help structural integrity — raised concerns about the added height and sturdiness of the building. Turns out that the architect had filed one set of plans with the fire department, and another with DOB. And after community groups and the Manhattan Borough President complained about irregularities with the mega-project on Third Avenue, which exposed similar false claims, the developers changed the plans. That’s good, but it’s not enough. It shouldn’t be up to ordinary New Yorkers to enforce our laws, that’s the role of the District Attorney.

We need a strong city with good housing, schools, hospitals, and public spaces — not just shaky glass towers filled with pied-à-terres. Developers have long competed in a race to the top by shirking necessary regulations. It’s time for prosecutors to finally pay attention to the fraud building up in front of their faces and that is killing the economic prosperity of our residents and the city. Without consistent criminal enforcement fraud will continue to be a risk worth taking.

***
Diana Florence is a candidate for Manhattan District Attorney and the former head of the Manhattan DA’s Construction Fraud Task Force. On Twitter @DianaJFlorence.