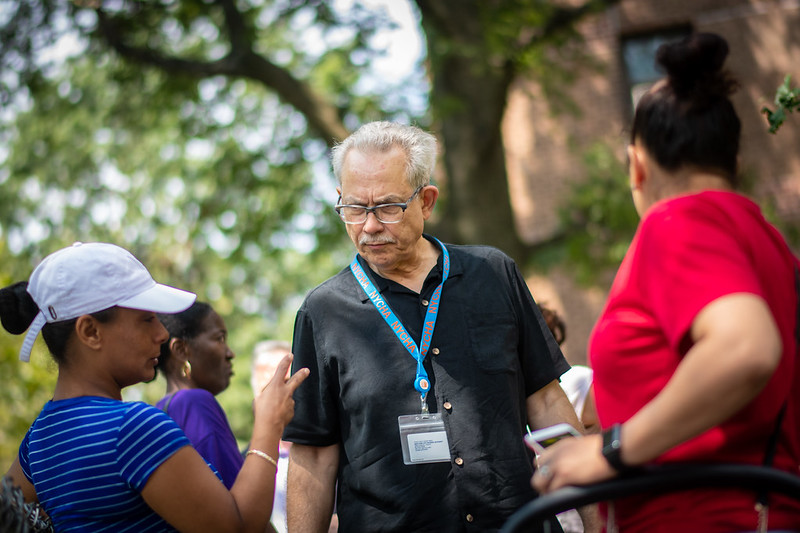 With so much attention focused on the COVID-19 catastrophe and the 2020 elections, our leaders and the media have all but overlooked the importance of a plan to improve the lives of 300,000 low-income and working-class New Yorkers, many of them people of color. The plan merits support from all of New York’s elected officials.

New York City Housing Authority (NYCHA) Chair Gregory Russ has produced an innovative “Blueprint for Change.” In conjunction with other programs now underway, it promises to restore all of NYCHA to a state of good repair, and simultaneously to put the single most important source of affordable housing for limited income New Yorkers on a viable financial path for the long-term.

It is the first time in decades that anyone has offered a serious plan to fix and maintain NYCHA rather than partial measures and stop-gap solutions. It offers a bold mechanism for filling an intimidating $25 billion gap in an even more daunting $40 billion capital plan to fix “leaky roofs and exteriors, mold, faulty and unreliable heating systems, broken elevators, poor or nonexistent site lighting” and other problems plaguing 2,413 NYCHA properties, according to a 2018 physical needs assessment.

The plan is right for the times. NYCHA’s Blueprint for Change will anchor the city’s desperate need for affordable housing while providing thousands of good union construction and maintenance jobs to support post-covid recovery. It will include apprenticeship programs for unemployed and underemployed NYCHA residents that have been sorely lacking for years. Energy efficiency will be upgraded, reducing operating expenses while contributing to New York’s Green New Deal, and in response to covid-heightened awareness of healthcare injustice, it can include creation of medical clinics within NYCHA developments.

Unlike some other NYCHA repair proposals tenants have not trusted, this one keeps control of New York’s public housing assets with a public entity. At its heart is creation of a Public Housing Preservation Trust to receive federal funds through a program that issues Tenant Protection Vouchers. The voucher program includes many arcane details, but essentially is designed to provide market levels of rent to eligible tenants. Those amounts are far higher than NYCHA receives now based on a cap of 30 percent of tenant income.

The purpose of Tenant Protection Vouchers is to allow people living in unacceptable public housing to afford to transition to homes that meet housing standards. NYCHA believes all 110,000 of its units not covered by other improvement plans are eligible.

The Blueprint has an important twist. NYCHA intends to pool the voucher funds received and to use the stable income stream created to support bond issues. The capital raised—six times the annual voucher revenue—will fund NYCHA’s capital improvements. In effect, the plan repurposes an existing federal program to protect individual tenants into a means of protecting 300,000.

The plan requires cooperation by the city, state, and federal governments, never an easy feat. But the city has a compelling obligation to improve the condition of NYCHA’s buildings. The state too has reason to act, and with Democrats in control of the State Legislature and the governor’s office, the politics in Albany are well-aligned.

It is hard to imagine the Trump administration favoring a plan to help poor New Yorkers of color. Yet, NYCHA’s historic ineptitude led to appointment of a federal monitor in 2019 to ensure compliance with Department of Housing and Urban Development rules. Continued failure could force the federal government to take responsibility for NYCHA, something it does not want to do.

Moreover, at the moment, polls favor Democrats to win the White House this November, and the party is running a spirited campaign to recapture the U.S. Senate. It seems sure to hold onto the House of Representatives, so favorable federal treatment for the NYCHA Blueprint may soon become likely.

The biggest city in the greatest state in the richest country in the world has a moral obligation to produce adequate housing for every one of its residents—and where the housing market falls short, the government needs to step in.

New York’s political class is understandably focused on elections at the moment. But the day after ballots are cast, no matter what the outcome, every elected official in New York should begin searching for a way to convert NYCHA Chair Russ’ Blueprint into an active project. The well-being of 300,000 long-suffering New Yorkers depends on it.

***
Chris McNickle writes about New York government and politics. He is author of Bloomberg: A Billionaire’s Ambition. On Twitter @NYChrisMcNickle.