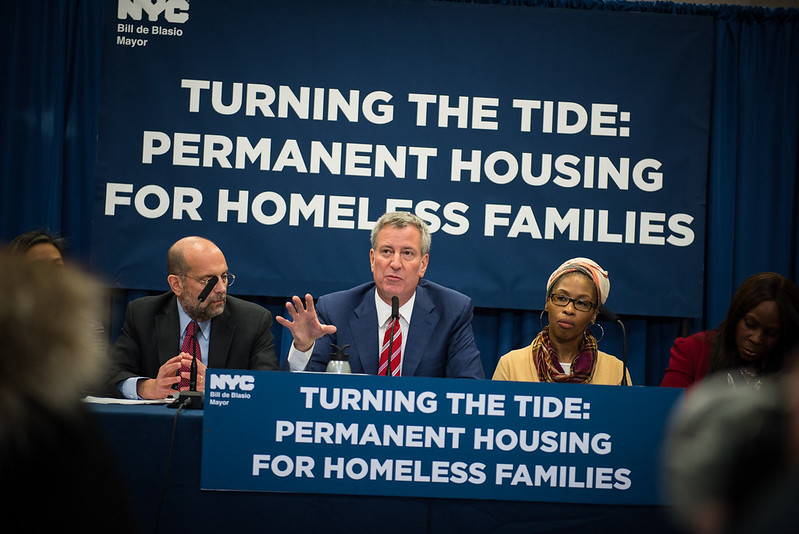 New York City’s recent refusal to stand up to wealthy Upper West Siders is just another instance in an unending pattern of failures on housing and homelessness.

The saga of the Lucerne is emblematic of the interplay between the powerful and the powerless in New York City. In an effort to combat the spread of COVID-19, the de Blasio administration (after fierce advocacy from the Homeless Can’t Stay Home campaign) moved thousands of unhoused people from crowded shelters where social distancing is impossible to unused hotel rooms—one such hotel being the Lucerne on the Upper West Side.

Just days after the Lucerne welcomed its new residents, a now-15,000 member private Facebook group called Upper West Siders for Safer Streets formed, calling for the unhoused men at the Lucerne to be removed from the neighborhood, referring to them as “scum'' and “trash.” At the same time, UWS Open Hearts Initiative, a coalition of Upper West Siders committed to “compassion in our backyard,” organized to support the men at the Lucerne.

While the emergency nature of the move created some difficulties on the front-end, the shelter provider swiftly addressed community concerns through increased staffing and on-site services. Organizations like UWS Open Hearts Initiative also stepped up to provide supplemental support and resources and serve as a model for shelter-community integration.

Nonetheless, Mayor Bill de Blasio caved to the monied voices of the Upper West Siders for Safer Streets, and now the men are slated to be moved from the Lucerne to a hotel in the Wall Street area.

The city’s failure to prioritize the wellbeing of the men at the Lucerne is not an isolated incident and represents a consistent lack of leadership on housing and homelessness. As of July 2020, 58,089 New Yorkers were sleeping in the city Department of Homeless Services-run shelters each night—a sizable increase from the 53,615 New Yorkers sleeping in such shelters when de Blasio took office in January 2014.

The city itself conducted a study on Mayor de Blasio’s housing strategy that found that building affordable housing in wealthy neighborhoods like the Upper West Side could create more affordable units at a lower cost to the city. However, as the city’s affordable housing map shows, this advice went ignored. 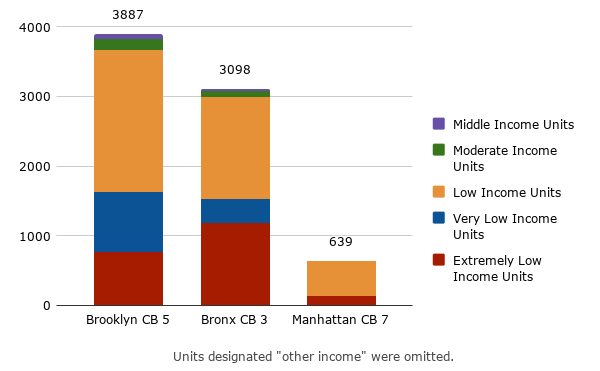 Furthermore, the bulk of newly-constructed affordable housing units on the Upper West Side are on its outskirts—the borders with Morningside Heights in the north and Hell’s Kitchen in the south. Only a single new affordable unit has been built in the heart of the Upper West Side, at 214 West 72nd Street.

Rather than following its own advice and building affordable housing in neighborhoods like the Upper West Side, the de Blasio administration has deferred to the wealthy interests of those neighborhoods and maintained their status quo.

Neighborhoods like the Upper West Side have played a direct role in our city’s homelessness and housing crisis. It is time for them to take responsibility, and that starts with housing people experiencing homelessness in their neighborhood, and continues with building new affordable housing there too.