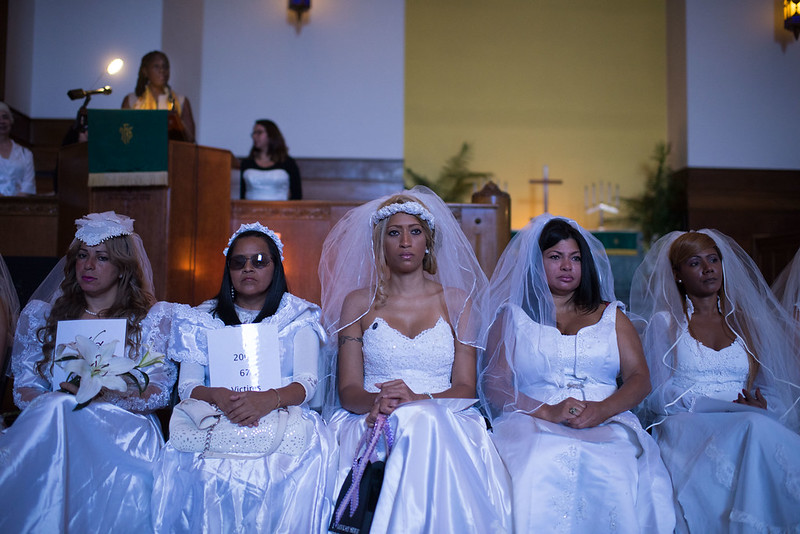 The Manhattan District Attorney’s Office is in need of reform, but practicality and feasibility must be considered first and foremost when we look to implement changes that can realistically make a difference in its effectiveness in serving New Yorkers. Make no mistake though, internal and pragmatic changes can make those differences significant for many people who experience what are often traumatic instances of direct contact with our criminal justice system.

The debate over reform of our criminal justice system is a long overdo and important one, but in our ardent and compassionate efforts to see justice for those unfairly or arcanely prosecuted and detained, we seem to have forgotten the most important people in the criminal justice equation: victims.

Two major reforms that I am proposing in my campaign for Manhattan District Attorney are establishing a Sex Crimes and Domestic Violence Bureau at the office and strengthening its investigatory capacity, both of which will go far in ensuring the rights of victims do not become marginalized in the future.

Establishing a Sex Crimes and Domestic Violence Bureau
For too long, sex crime and domestic violence victims have suffered at the hands of their assailants in ways that persist psychologically well beyond the instances of the crimes committed against them. This is a result of the district attorney office neglecting to offer the full support and resources victims need and deserve.

Victims require additional resources because these crimes are often especially complicated and cannot be treated like normal street crimes. A Sex Crimes and Domestic Violence Bureau will be staffed with assistant district attorneys and social workers who work exclusively on sex crimes and domestic violence cases.

The first step is to educate victims on what their rights are, how the legal system works, as well as the ins and outs of what occurs during the pendency of a criminal case. This information is sometimes lost in the procedural shuffle and not fully understood.

The next step is to engage head-on the overwhelming consequences that can haunt victims of these crimes, which can often spur emotional, psychological, and physical ramifications. For victims, there are logistical problems of how to maintain housing, the education of their children, and medical care (to name a few) that need attention as well. With a centralized bureau, we will better handle the criminal matter, while at the same time helping the victim begin to regain a sense of normalcy.

The bureau will allow staff investigators and social workers to address the special needs of sex crime and domestic abuse victims and provide support, which includes counseling, support groups, physical protection, and more. This will provide them the social and mental resources necessary to overcome their traumatic and often unique situations.

The bureau will also look at mediation and restorative justice to help assist victims in obtaining closure on their road to recovery. This goes beyond just educating victims on how the system works. It also includes listening to their feelings on what justice means to them in each case.

Additionally, we will staff the newly formed bureau with the right number of social workers to work with victims who feel intimidated or traumatized as potential witnesses or providers of essential evidence in a criminal trial.

Providing these resources will not only help known victims, but further institute a culture that will encourage other victims to come forward without fear of retribution or lack of protection or services. This will comprehensively restore confidence in the justice system so that victims feel supported enough to come forward and allow prosecutors to investigate crimes and bring about justice.

New Yorkers are often dismayed by the recurring sensationalization of street crimes through outrageous headlines and fear-mongering in newspapers and on television. While these crimes are unquestionably serious, the inordinate amount of attention we pay them works to downplay in our collective consciousness the often far-reaching and detrimental effects of white-collar crime.

Wealth and power can often provide cover for crimes motivated by greed, while enabling ever more inventive criminal opportunities that skirt accountability. In such uncertain times, our city must be on the cutting edge of fighting white-collar crime, especially with the proliferation of cybercrime, hacking, identity theft, and the new crimes of the 21st century.

The Manhattan District Attorney’s Office has lost its focus on its investigatory capacity. We must mobilize its existing powers to pursue with teeth white-collar crimes that impact our economy and directly impact hardworking New Yorkers.

In the financial capital of the world we need to consider with more gravity malfeasance that not only hurts our financial institutions, but can cripple our economy and devastate hardworking taxpayers, leaving a lasting effect on communities and families. It is essential that we strictly prosecute perpetrators of everything from fraud, embezzlement, and bribery to illegal third party transfers and deed theft.

This requires establishing in the office a culture of fairness that begins with re-instituting its intake bureau, which once allowed everyday Manhattanites to bring their complaints directly to investigators. Unlike street crime, white-collar crime often does not reveal itself to us inherently, and the NYPD is not equipped to tackle the problem in any practical, legal or functional way.

When we prioritize and strengthen the investigatory capacity and powers of the office to uncover economic injustice, we ensure investigators utilize the full range of resources and tools provided to them and prosecutors are able to compile the necessary evidence required for the convictions they seek.

The District Attorney’s Office has the responsibility to prioritize all of the investigatory resources it has available to ensure our criminal justice system works for everyone, because white-collar crimes make victims of all of us.