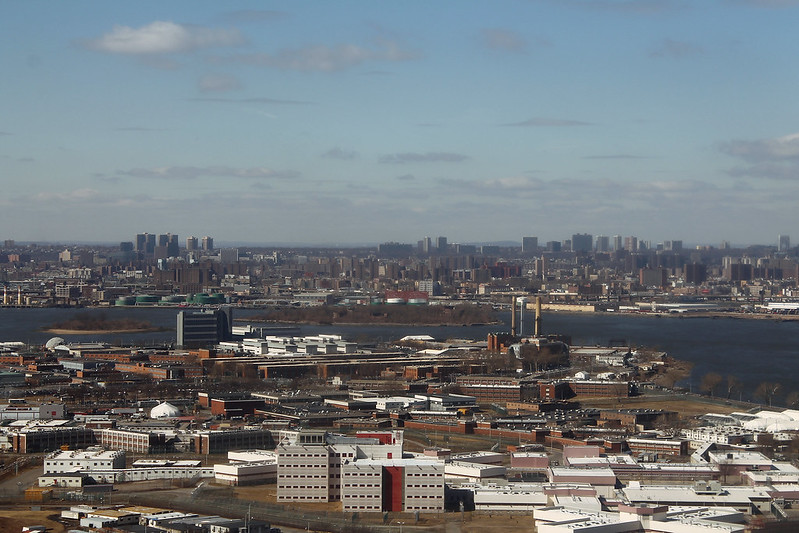 New York City’s historic commitment to closing the Rikers Island jail complex is in jeopardy. Thanks to an adverse court ruling, a struggling budget, and unfocused political leadership, Mayor de Blasio’s plan to build four new jails at a cost of $9 billion is endangered -- and so is the very idea of closing Rikers. In recent weeks, the discussion over Rikers closure has devolved into debates about real estate, and lost sight of the people and communities harmed by our medieval jail complex and broken criminal justice system.

It’s time to focus on how to close Rikers quickly and responsibly -- and without building new jails.

When I helped launch the campaign to close Rikers Island in 2016, most people in politics were deeply skeptical, if not outright opposed. But along the way, we built a 180-organization coalition, won over nearly every elected official in New York City, forced a commitment to closure from Mayor de Blasio, and watched the City Council dramatically pass legislation with a timeline for closure.

Our goal on the #CLOSERikers campaign had been threefold:

Shutter the Rikers Island jail complex, an 85-year moral stain on our city.

Dramatically reduce the number of New Yorkers in jail pre-trial, particularly people there simply because they are too poor to pay bail.

Invest in and build up communities most harmed by mass incarceration, so that fewer people get ensnared in the system in the first place.

Lost in the myriad controversies over the Rikers closure plan have been the significant successes over the past few years. For all the controversy over last year’s City Council vote, it ultimately put about 80% of the Council on the record supporting closure. This year New York City’s jail population reached its lowest point in decades, fewer than 4,000 people. (There are currently about 4,600 due to a recent uptick.)

In 2019, the New York State Legislature passed major reforms to bail (wrongly partially rolled back in 2020), discovery, and speedy trial laws. Investments in community-based “violence interruption” programs are up. Restorative justice programs are taking root in Brooklyn and the Bronx. Each subsequent election for District Attorney -- Brooklyn in 2017, Queens in 2019, Manhattan in 2021 -- has featured more progressive ideas around what criminal justice reform should look like.

All of which brings us to the real question we should be asking right now: how can we close Rikers without building new jails? There was an aborted version of this debate before the 2019 City Council vote. While I argued then that Rikers should be closed without building new jails, those of us who supported that view didn’t do enough to explain how that would work, and Council members were largely uninterested in listening. Now, with the entire plan in jeopardy, it is imperative that we have that conversation.

First, we must remind people that we already went through an exhaustive citywide debate about why Rikers Island must close. It is beyond reform, a brutish penal colony that has bucked attempts to “improve conditions” every generation since its founding. Second, we must point out that nearly everyone on Rikers Island is there either pre-trial (legally innocent), for a technical parole violation (things that would not be a crime for regular people), or serving a short jail sentence for a misdemeanor (often petty crimes). Having established that Rikers is a horrible place, and most people currently jailed there are not the dangerous villains stereotyped by some on the right, what are steps we can take to further reduce the jail population, so that we don’t need to build new jails?

Continue passing legislation to reform the justice system. We’re sending more progressive State Senators and Assembly members to Albany than any time in recent history. Pre-covid, “technical parole violations” were the fastest rising cause of people being jailed at Rikers, and typically represent around 10% of people in our jail system. Let’s fix our long-broken parole system, so that people coming home from prison can actually get back on their feet instead of cycling through our jails over and over again. This will reduce our average jail population by about 700 people.

Build a real community-based mental health-care program. This is something we all need as New Yorkers, as covid has made abundantly clear. A robust mental health-care system will require significant work to build, but as anyone who has struggled with or seen a loved one struggle with mental health can attest, it will be more than worth it. At Rikers Island, up to 40% of detainees experience mental health issues, and an increasing share have serious mental illness, about 1,100 (or 16%) according to 2019 figures. Finding community-based support for any substantial group of people who would be better served there instead of jail would reduce New York’s jail population by hundreds as well.

Invest in programs that break the cycle of harm. We already have great programs that work with young people who get in trouble with the criminal legal system, let’s put more resources into them to help more young people get their lives back on track. Right now about 500 people in our jails are 18-21, and many more are in their early twenties. We shouldn’t give up on them. If you’re wondering how to pay for this, consider that we spend approximately $300,000 per person per year to incarcerate someone on Rikers. The money’s there, we’re just spending it on cages.

These are just a handful of ideas to reduce the number of people in jail, while improving public safety. The same City Council members who gave long-winded speeches about their historic vote to close Rikers a year ago should be holding hearings now on how to get this done. Mayor de Blasio should show some humility and re-evaluate his unpopular new jails plan. Community groups fighting so hard to block jail construction should demonstrate their sincerity to closing Rikers by lending their support to reforms in this moment. And as a Manhattan District Attorney candidate, I pledge to cut our jail population by 80% so that we don’t need a new jail in Manhattan.

Closing Rikers Island without building any new jail beds would require cutting our jail population to about 2,300, the existing capacity of the Tombs, Brooklyn House of Detention, and VCBC, the barge in the Bronx. These are all deplorable facilities, and while living conditions there can be improved marginally, in 2021 we must have a robust conversation about what system replaces Rikers Island in the long-term, but it should not be de Blasio’s planned jail towers.

Closing Rikers is a big deal. We can be the city that shows America the path out of the dark days of mass incarceration, and provide a different model for justice. Let’s make history together.

***
Janos Marton was a leader of the #CLOSErikers movement and is a candidate for Manhattan District Attorney. On Twitter @janosmarton.