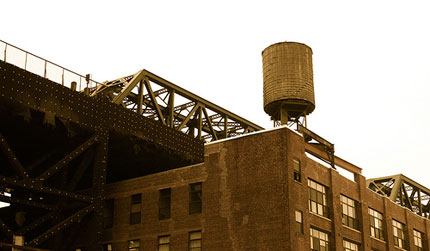 In a rare disagreement with the Bloomberg administration, the City Council overrode a mayoral veto Wednesday allowing certain municipal employees to live outside of the city after working for two years.

The bill only pertains to District Council 37, the city's largest municipal workers union.

In addition, the council approved a bill requiring the inspection of water tanks, which store thousands of gallons of drinking water, be made public and that a passenger bill of rights be posted in the back of livery cabs. It also made permanent a requirement to recycle at street fairs.

As part of a collective bargaining agreement with District Council 37 in September 2006, the city agreed to allow employees to live outside of the five boroughs, specifically in Nassau, Westchester, Suffolk, Orange, Rockland and Putnam counties.

That agreement also would have allowed other unions to benefit from the withdrawal of the residency requirement.

Saying the City Council would not "give away" its legislative power to negotiate residency requirements with other unions, Council Speaker Christine Quinn said they would consider matters relevant to contracts one by one as they came to them. Thus, the council approved an exception only for District Council 37 (Intro 837) Wednesday by a vote of 47 to 0.

"I don't think this has any effect in the long-term bargaining" with unions, said Quinn. "The issue of residency and whether it should be waived is a significant issue."

The bill was approved despite a competing proposal introduced by Mayor Michael Bloomberg (Intro 452) in 2006 that would have allowed the administration to relax the residency requirements for some employees beyond those in District Council 37. According to a veto message (which accompanies any bill vetoed by the mayor), Bloomberg said the collective bargaining agreement from 2006 does not jibe with the bill approved by the City Council. It creates the perception of "unfairness," the mayor writes by singling out one union and leaving out others that settled on the same terms.

Bloomberg also opposed requiring that employees live and work in the city for two years before moving to neighboring counties.

The residency requirement bill is the ninth veto override during Quinn's tenure as speaker of the City Council -- far fewer than under her predecessor, Gifford Miller.

Since the collective bargaining agreement more than two years ago, some council members have expressed concern that rescinding a residency requirement would give city jobs to non-New Yorkers. Now, with ever increasing rents and cost of living, members have compromised.

New York City is known for its pristine and pure drinking water. The tanks that hold them, though, are another story.

The city's approximately 12,000 tanks -- according to an estimate by city's Department of Health and Mental Hygiene -- must be inspected annually by building owners, and the inspection records must be kept for five years. Those records, however, are not made public. Not even a subpoena can break them open.

Under legislation (Intro 408) approved by the City Council Wednesday by a vote of 47 to 0, that will no longer be the case. Water tank records will be submitted to the city's health department and subsequently reported to the City Council annually. Notices will also be posted on the tanks, similar to city elevators, saying they have passed inspection.

"There may be no more closely guarded secret than the condition of 12,000 water tanks throughout the city," said Councilmember Daniel Garodnick, the main sponsor of the bill. "These reports should not be treated like state secrets."

Currently, when a tank does not pass inspection, the department is notified. But, Garodnick said, the department estimates that a third of city tanks are not checked regularly.

In an urban environment, rodents can carve out holes in the tanks, thus contaminating the water supply of a building.

The City Council also approved legislation ( Intro 880) making more than 40,000 for-hire vehicles subject to the city's passenger bill of rights. The bill was approved by a vote of 46 to 0 with one abstention by Councilmember Peter Vallone Jr.

The city's passenger bill of rights currently applies to 13,237 taxicabs, but not the 40,217 livery cabs often seen in the outer boroughs. The bill, also sponsored by Garodnick, would require cabs hang the bill of rights in the back seat for passengers to see. The bill of rights includes that drivers be licensed, seat belts be working and that the fare quoted by a dispatcher be honored.

The Taxi and Limousine Commission, Garodnick said, estimates it receives between 400 and 1,000 livery cab complaints annually. By posting information in the back of these cabs, including where to go or call with complaints, the city could have more accurate descriptions of occurrences, the councilmember added.

Largely codifying a practice at street fairs, the City Council approved a requirement ( Intro 908) that street fair operators recycle and properly dispose of their trash.

Scattered throughout the city during the summer and fall months, large street fairs take over popular thoroughfares. This bill, sponsored by Councilmember Darlene Mealy, would require the producers, not the sponsors of the event, clean up. Fines associated with the bill would be $100 per day.

Events held by block associations or the New York City Public Housing Authority would be exempt.