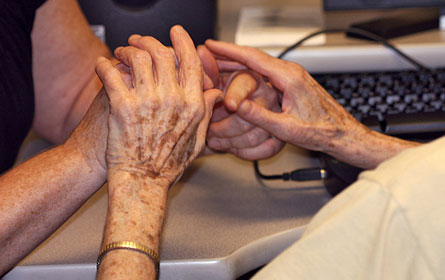 Twenty aged, blind or otherwise disabled New Yorkers sued seeking supplemental local benefits to make up for federal benefits they cannot receive because they are legal residents of the United States, but not citizens. The state's highest court recently handed down a decision in the case.

As noncitizens, the plaintiffs are not eligible for Supplemental Security Income (SSI). In its decision, the court -- the New York Court of Appeals -- ruled they also are ineligible for Additional State Payments to make up the difference.

The specific question presented to the court was whether, under the state and federal constitutions, the plaintiffs and others in the same situation are entitled to receive from the state benefits similar to what aged, blind or disabled persons who are U.S. citizens receive from Social Security. As reported in The New York Times, the ruling affects between 9,500 and 37,000 people. As result of the decision, the state Office of Temporary and Disability Assistance will save approximately $100 million to $270 million that otherwise have needed to be added to it $1 billion budget.

Reversing two lower courts, Judge Theodore Jones' majority opinion in Khrapunskiy v New York State Commission of Temporary and Disability Assistance ruled that the denial of the benefits did not violate any constitutional rights. The case name refers to plaintiff Boris Khrapunskiy, who came from the Ukraine when he was 90. He was 97 and living in Brooklyn when his SSI benefits were reduced.

Prior to 1996, that might not have happened. But that year, Congress enacted the Welfare Reform Act, officially known as the Personal Responsibility and Work Opportunity Reconciliation Act and the centerpiece of the Clinton administration's "end to welfare as we know it." Under that law, legal aliens, by virtue of not being citizens, no longer qualified for SSI and Additional State Payments. Congress restricted eligibility to people who became U.S. citizens within seven years. It later extended that by two years.

As Congress tightened federal requirements, New York amended its law to conform to the federal standard. It only provided noncitizens with safety net assistance of about $352 per month for shelter and a heat/energy allowance, while SSI benefits would have been $761.

Looking to the State Constitution

The plaintiffs argued that the state Constitution mandates that the state has a duty to "provide for the aid, care and support of the needy, whether or not they are citizens of the United States."

The government countered that New York's Constitution requires the state to "provide for the needy in a manner and by such means as the legislature may from time to time determine," but that it does not have to provide aid to any particular group. "Equal protection does not compel the state to create a public assistance program to provide benefits discontinued by operation of federal law," the state maintained.

In his opinion, Jones, writing for the five-judge majority, agreed. The Constitution, the court held, "does not command that the state always meet in full measure the legitimate needs of each public assistance recipient."

The Constitution, the decision continued, "does not compel the state to assume the federal government's obligation when an elderly or disabled person becomes ineligible for continued SSI/ASP benefits. ... Nor does it require the state to remediate the effects" of federal welfare law.

Jones also pointed out that New York once had a special assistance program for the needy, aged, blind and disabled but discontinued it more than 30 years ago, when the federal government began providing SSI benefits to that population.

In her dissent, Judge Carmen Ciparick, joined by Chief Judge Jonathan Lippman concluded that denying benefits based on immigration status was unconstitutional. In agreeing with the two lower courts that had decided in favor of the plaintiffs, Ciparick and Lippman concurred that the state has "an affirmative duty to aid the needy [and] preventing the Legislature from simply refusing to aid those whom it has classified as needy."

Some affected individuals, Ciparick wrote, did not attain citizenship within the required period because of "long delays in the processing of their applications as a result of hardships caused by age and poor health or lack of English-language skills."

According to the minority view, the social services law is "need-based." Basing aid decision on citizenship status, rather than financial status, "is incongruous to the plain meaning of the term 'standard of need,'" the two justices said.

In their strongly worded dissent, they found, "The majority today has turned its back on the history of New York's commitment to protect its most fragile and vulnerable populations."