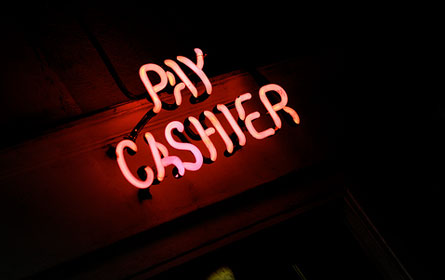 The City Council and the Bloomberg administration have reached an agreement on a tax revenue package, which will increase the city's sales tax by 0.5 percent and put a tax on clothing purchases over $110.

The move represents the first step toward a budget agreement at City Hall. The administration and the council have not yet agreed on a spending plan, which could reduce the city's workforce by 13,541 positions and slash spending at all city agencies, from the Police Department to the Fire Department. The council must approve the budget -- revenue and spending -- by July 1.

In addition to the increase, the administration and the City Council have agreed to expand the sales tax to customers who purchase energy from non-utility companies, which currently are exempt from the tax. The administration and City Council Speaker Christine Quinn also have proposed a number of business tax proposals, expected to generate $167 million. These would close loopholes and bring the city's tax code in line with state policy.

"While we have been forced to make some unpopular choices, this package has a silver lining -- significant tax relief for 44,000 local businesses that will help create and retain jobs for New Yorkers and grow the city’s economy," said Mayor Michael Bloomberg in a prepared statement. "After a lot of collaborative work with the City Council, we now need the state legislature to act quickly."

These proposals are part of an effort to close a $6.6 billion budget gap caused by plummeting tax revenues and the financial crisis on Wall Street.

All of the proposals in the revenue package announced yesterday require approval from the state legislature in Albany. Their fate upstate is uncertain.

When asked whether the administration was confident in support from Albany, administration spokesman Marc LaVorgna said, "We think that everyone is aware of the urgency and the needs created by the financial collapse."

What the Plan Doesn't Do

Excluded from the revenue package were several proposals the administration has lobbied for since last year, including a requirement for the city's unionized workers to pay for some of their health-insurance costs. Most unions currently contribute nothing.

LaVorgna said the administration was continuing to work with the city's labor force to reach an agreement.

As part of the deal between the mayor and the council, the administration agreed to shelve a five-cent plastic bag tax it had been pushing for since late 2008. The idea was politically unpopular among the council's 51 members, many of whom argued the fee would disproportionately affect poor New Yorkers. Others thought the tax would spur city residents to trade plastic bags in for more environmentally friendly canvas ones.

The decision not to pursue the tax is "definitely a disappointment," said Dan Hendrick, communications director for the New York League of Conservation Voters. But, he added, "There is definitely momentum behind this issue. If there is a chance to get revenue for the city, this isn’t the last we are going to hear of it."

The city had estimated it would receive $100 million in revenue from the plastic bag tax.

In total, the tax revenue package, announced at 6 p.m. last night with no press conference, would generate $887 million. The sales tax, if approved by Albany, would increase to 8.875 percent and would bring in the bulk of the new revenue at $518 million. The sales tax on clothing over $110 is expected to generate $119 million in revenue, while the tax on energy customers would bring in $83 million. The new sales tax on energy customers, according to the administration, would affect mostly large, commercial customers.

The business tax proposals would generate $167 million in the coming year, but over the long term the changes would be "revenue neutral," according to the administration. Those proposals include doing away with the unincorporated business tax, which can double tax freelancers and small business owners, and revising the city's corporation tax to keep businesses in the five boroughs, according to the administration.

According to the administration, the city's general corporation tax currently bases its formula on a company's property, payroll and sales. This proposal, which could reduce taxes for 27,000 businesses and benefit those that are headquartered in the city, would just use a company's sales to determine taxable income.

"Switching to the single sales factor will encourage more companies to create jobs here and lead to greater diversification of our economy," said Quinn in a prepared statement.

Though this agreement is relatively early and could be taken as a sign the administration and the council are ready to reach a consensus, advocates say that the battle is far from over. Not only does this revenue package rely on state approval, which can be a tricky course to navigate at times, but it is also less than the $1.1 billion in tax revenue proposals the administration proposed earlier this year.

"This is a very tight revenue scheme," said Carol Kellermann, president of the Citizens Budget Commission. "None of the (proposals), except the sales tax, is really very large. It's great that they came up with an agreement, but they still have a lot of work ahead of them."

Also yesterday, the city's Comptroller William Thompson Jr., who is the leading Democratic mayoral contender, released a report calling the mayor's budget proposal "risk-laden." The report, which was released before the mayor and council speaker announced their revenue package, predicts the city's budget deficit will grow to $4.578 billion in fiscal year 2011. Thompson does not support an increase in the sales tax.