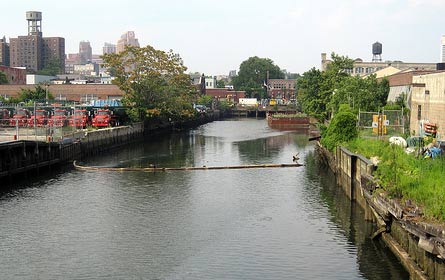 The swath of brownstone Brooklyn that makes up City Council District 39 includes some of the city's most gentrified neighborhoods. But much of the debate in the race to succeed City Councilmember Bill de Blasio revolves around what to do about a remnant of the area's far grittier past -- the notoriously noxious and toxic Gowanus Canal.

Five Democrats are vying for the party's nomination to replace de Blasio, who is vacating his seat to run for public advocate. Leading the pack in contributions and endorsements are Brad Lander, the director of the Pratt Center for Community Development; Josh Skaller, a leader of grassroots political and neighborhood organizations; and Bob Zuckerman, who runs environmental nonprofits. Rounding out the Democratic field are John Heyer, a licensed funeral director and special assistant to Brooklyn Borough President Marty Markowitz, and Gary Reilly, an attorney with a background in environmental and land use law. 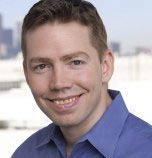 Although the district is overwhelmingly Democratic, it features that rarest of all elections in New York City politics: a Republican primary. George Smith has the Conservative and Republican Party endorsements, but faces a challenge for the GOP line from corporate strategist Joe Nardiello, who likens himself to Teddy Roosevelt. David Pechefsky, the Green Party candidate, wants to break what he calls the Democrats' monopoly on power in the general election on Nov. 3. Libertarian Roger Sarrabo is also running.

With so many candidates divvying up the electorate, the election could come down to a very few votes. On street corners, subway platforms and even in doorways, political hopefuls are scrapping for votes one handshake at a time. And one issue they hear about again and again is the Gowanus Canal. 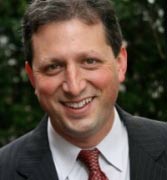 The Gowanus is a finger of pollution that pokes 1.8 miles through Park Slope and Carroll Gardens. More than a century of industrial dumping and combined sewer overflow has left the area filthy. Mayor Michael Bloomberg and the federal Environmental Protection Agency have opposing plans on how to go about a cleanup process that will take at least a decade to complete.

Bloomberg calls for spending $175 million in public funding largely to deal with the raw sewage that runs into the canal. But it remains unclear where the city would find an additional $200 million or more needed to clean up other contaminants. 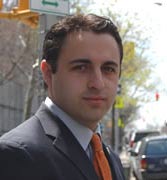 For its part, the Environmental Protection Agency's plan would designate the canal a Superfund site. That would require that private companies responsible for the pollution ante up for the cleanup. Critics of this solution say possible litigation could drag the cleanup process out for years.

While the Bloomberg administration opposes the Superfund idea, the Democratic candidates and Pechefsky generally agree that due to the expense and complex nature of the cleanup, only the Environmental Protection Agency has the expertise and authority to see the project through.

Bloomberg's most vocal critic on this issue is Skaller, who said, "I'm not sure what the mayor's plan is from week to week."

Reilly, Lander, and Heyer all express concerns that neither the mayor's plan nor the federal government's addresses the antiquated infrastructure that allows for combined sewer overflow, which means storm water and raw sewage enter the canal via the same drainage system after even moderate rains. Heyer does not believe the Environmental Protection Agency and mayor's plan are exclusive, and no matter which option is chosen, he wants the city to continue its plans to improve water circulation in the canal. 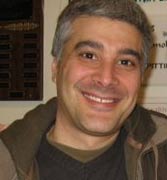 Smith worries that the mayor's plan relies too heavily on corporate money, even though the city calls for responsible corporations to pay for 35 percent of the cleanup, and Superfund designation calls for them to pay 100 percent. Nardiello is unimpressed by either solution because neither, he said, has a timeline or a strategy for addressing property values and air quality during cleanup.

As for what would follow any cleanup, most candidates envision a mix of business, industrial and residential use that conforms to the feel of the neighborhood and provides some public access to the waterfront. Smith, the owner of a party supply rental shop, proposes mostly affordable housing. As a small business owner, he believes too many new stores along the canal could hurt businesses that already exist on Court Street. Skaller, the former associate director of computer music at Harvard, mentions the possibility of an artist community. 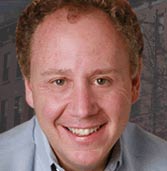 Zuckerman, who is on leave from his position as director of the Gowanus Canal Community Development Corp. to campaign full time, pulls from his experience as director of the Gowanus Canal Conservancy when he suggests creating so-called "sponge parks" that would work as natural water filters. He also proposes establishing a green district in partnership with the nearby Polytechnic University that would feature alternative energy business, environmentally friendly construction and the like.

With eight men -- yes, all men -- competing for what amounted to 21,000 votes in 2005, candidates are pulling out all the stops as the primary nears.

Smith filed a suit challenging the validity of petition signatures of his Republican opponent, Nardiello, and Nardiello filed his own suit questioning Smith's residency in the district. The suits amounted to much ado about nothing, and both candidates are still in the race.

On the Democratic side, Lander is touting his status as the one candidate with children in public school, while noting Skaller's son attends private school. Skaller says the decision to send his son to private school is based on the child's special needs. Lander and Skaller have each charged the other with campaign finance irregularities.

The intensity of the campaign might conceal the fact that on many issues most of the candidates agree. For example, on mayoral control of city schools, the candidates generally concur that anything is better than the old Board of Education, but they all are concerned with what they see as a lack of parent input in the current system. Only Nardiello approves of the current structure of the Department of Education.

The remaining seven candidates want to establish checks and balances, such as City Council approval of the chancellor, council appointments to the citywide Educational Policy Panel, fixed terms for board members and budgetary oversight. The most caustic words come from Reilly, who charges that school governance under Bloomberg has been "arbitrary" and "capricious."

Zuckerman said that whoever is chancellor should have an educational background, unlike current Schools Chancellor Joel Klein, who made his career in antitrust law.

All eight candidates decry the City Council's voting to extend the mayor's and their own term limits, overturning voters in two separate referendums. Only Nardiello believes, because of the recession, Bloomberg should run again. Pechefsky, Zuckerman, Heyer, Lander, Reilly and Skaller support a binding referendum on term limits.

All the candidates share the basic idea that any rezoning in the area should fit within the character of the community.

Everyone supports more affordable housing, although they differ on how to accomplish that. Nardiello wants to use eminent domain to seize stalled developments and focus on housing for seniors. Pechefsky calls for housing that would promote integration among income groups. Reilly wants stronger rent regulation. Heyer believes preference should be given to middle-income homebuyers and those already in the community, while Lander wants to give breaks to police officers, teachers and first-time homebuyers. Citing his history as director of both the Pratt Center for Community Development and the Fifth Avenue Committee, Lander also wants tax breaks and other incentives taken from builders who are sitting on stalled projects.

Zuckerman proposes the creation of community land trusts in which a non-profit organization would own a large piece of land and private residents would have individual homes on it. He also thinks developers should set aside 20 percent of homes in new developments for affordable housing. But Skaller, a volunteer organizer with Develop Don't Destroy Brooklyn is skeptical. "The City Council is bought and paid for by developers," and so, he said, with 80 percent of apartments being sold as luxury units, the median price for all homes rise.