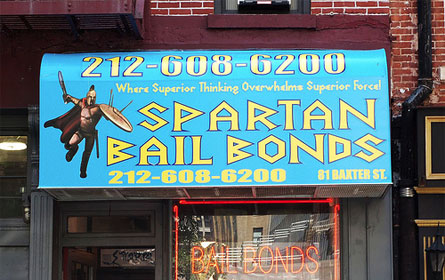 The purpose of bail in criminal cases was made clear last month at the United States courthouse in Brooklyn. The proceedings there also underscored what can happen when a defendant decides to abscond and forfeit bail.

In 2009, Ilya Pevzner was out on bail following a 2008 arrest on federal charges of impersonating an FBI agent and a Secret Service officer. His parents wanted to do everything they could to keep their son out of jail, if only temporarily. That meant posting bail as security to guarantee his return to court. But when Pevzner failed to appear before Judge Raymond Dearie on Oct. 16, 2009, his absence caused his parents to lose their home.

The System for Release

Soon after arrest, a criminal suspect is brought before a judge for arraignment and is formally advised of the charges. In most cases, the judge sets bail. The purpose of bail, as established by the United States Constitution, is to insure that the accused will return to court for trial and any other proceedings. The guarantee is backed by the defendant or defendant's family or friends, or by a professional bondsman who post money, property or a bond. If the defendant does not return, the money or property is forfeited.

In setting bail, the judge considers such factors as the defendant's criminal record, the seriousness of the crime and whether the arrested person has the ability, resources and motive to flee. But these points are to be considered in the context of one question: Will this person return to court? In theory, at least, the amount of bail is not based upon the gravity of the crime or the accused's record. Instead, the judge tries to predict the likelihood, considering all the factors, that the individual will return to court to face the charges, or whether he or she might abscond.

Bail is not meant to be punitive or to be set at an amount the defendant cannot possibly raise, making pre-trial detention inevitable. While there are some crimes, such as homicide, where judges usually do not grant bail, in many other instances the judge requires no bail and the individual is released and given a date to return. When bail is required it is usually high enough so that, if the defendant fails to appear, the cost to the defendant or others will not be inconsequential. Indeed, the loss can be enormous, as it was for the Pevzners.

At an Aug. 12, 2008, arraignment, Inna Pevzner, the defendant's mother, voluntarily signed a bond guaranteeing her son's return to court. It was a type of IOU, meaning she would owe the government $50,000 if Ilya, then 29, did not return to court as directed, or if he failed to comply with certain other conditions, including attending a mental health clinic.

Even though he had returned to the federal court, he was arrested twice by New York City police between August and October, 2008, for identity theft and grand larceny. The judge therefore concluded that the additional charges made Pevzner a "flight risk," and remanded him. In other words, he was locked up.

At the next federal court appearance, five months later, defense counsel informed the court that his client's parents, Inna and Mikhail, would be willing to post even greater security, if it meant that the judge would release Ilya pending trial. Dearie granted that request and increased bail from $50,000 to $250,000, secured by the family's home.

The judge warned parents and son, "The last thing in the world I want to do is to see two hard-working people lose the family home. But that's exactly what happens if defendant doesn't abide by the terms."

Since the equity in their home was only $200,000, the Pevzners signed another security bond for the balance, $50,000. A lien was placed on their New Jersey home, and the parents were advised that the government could seize their bank accounts, future wages and any other assets if their son failed to appear. They spoke and understood English and signed the documents.

In June 2009, a jury found Pevzner guilty of the federal charges. He was allowed to remain out on bail and he was scheduled to return to court in October to be sentenced and probably incarcerated. Once he was sentenced, bail would be canceled and the lien against his parents' home would be removed.

The Consequence of Flight

Ilya Pevzner, however, did not return to court for sentencing. Not only did he fail to appear, he sent the judge a letter saying that he had left the United States and had gone to Russia, his family's country of origin. At the end of 2009, bail was declared forfeited, but the judge postponed seizure and sale of the house to give the defendant an opportunity to return to this country and to Dearie's courtroom before his parents lost their only real asset: their home.

The parents, arguing that their son was mentally ill and "erratic," then sought to have their bail liability reduced. Dearie denied their application.

"The Pevzners' decision to sign the bond and put their home up as collateral was motivated by their love for their son, and it must have been very difficult for them to objectively consider the risks involved, " Dearie said "[But] . . . it is important to the credibility of the bail system that courts do not relent just because of any hardship visited on caring and concerned parents. Here, the Pevzners were repeatedly warned that if their son violated the conditions of the bond, they would owe the entire bond. . . . To now allow remission while defendant is at large would undermine the integrity of those proceedings."

The judge's final words in the case of USA v Pevzner were, "Without question, the court is presented with an unpleasant task. Having waited inordinately long for the defendant to return to prevent the hardships of forfeiture, the court is restrained to act to ensure the effectiveness and credibility of the bail system. Pretrial release serves the interests of all concerned and can only be implemented if the conditions of release are enforced. I hoped, and waited, for a different resolution to this matter. But I have waited in vain."

In the meantime, on an average day, there are 13,362 inmates in New York City jails, most of whom are awaiting trial or other disposition of their cases. They remain in custody unable to make bail.