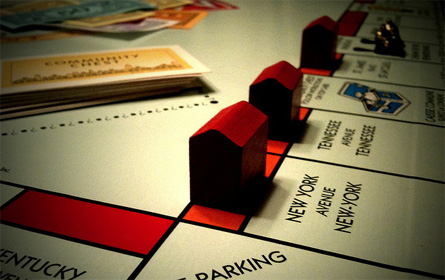 For the opposing point of view, see New York's Wealthiest Need to Sacrifice a Little Too by Kenneth Brynien of the New York State Public Employees Federation.

The Partnership for New York City is an organization of business leaders committed to promoting the economic interests of the city and state. We are not a knee-jerk opponent of tax increases.

On the contrary, the partnership was an early advocate of the Earned Income Tax Credit, which dramatically reduced the tax burden on New York’s working poor. We supported real estate tax increases to hire additional police and to raise teacher salaries. Most recently, we advocated for the imposition of the payroll tax on employers to help fund the Metropolitan Transportation Authority capital plan.

But the partnership opposes the "millionaires tax" as a solution to the state budget crisis for two primary reasons: first, this tax will do very little to address a budget shortfall that is projected to total $43 billion over the next three years if spending continues along historic trends; and, second, this tax is a poor substitute for the fundamental reforms that we all need to set our ship of state on a proper fiscal course.

It is also legitimate to worry about whether the millionaires tax will cause business owners, employers and investors to move out of the state, taking with them a lot of wealth and purchasing power that our local economies rely on. We already have seen this transpire in New York City, as more than 30 hedge funds have relocated to Connecticut.

Ninety percent of the taxpayers who would be captured by a millionaires tax reside in New York City, Long Island and Westchester. These communities carry the biggest portion of the state's tax burden, while simultaneously generating most of its new jobs and economic activity. Increasing taxes on the state's most prolific job generators so half-empty prisons and under-utilized health facilities in declining communities can remain open will not boost New York's revival.

The millionaires tax gives Albany an excuse to delay making the hard decisions required to reverse tax and spend policies that have resulted in an exodus from our state of 1.7 million people and 400,000 jobs over the past decade.

New York's two biggest areas of spending are Medicaid and education. Both are tough to scale back. But New York's Medicaid program has the most generous eligibility standards in the nation and provides patients with "Cadillac" health care plans. It also allows virtually any New Yorker to shelter income and assets in order to qualify for taxpayer-funded benefits during the last years of life. This is why our Medicaid costs are double the national average. It is not easy to cut spending on health care, but it is unfair to increase taxes on some New Yorkers so that others, who could well afford private health insurance, can shirk their responsibilities.

When it comes to education, 21 percent of the $52 billion state school budget goes for non-instructional purposes. The state has far too many local school districts, each insisting on running its own transportation system and maintaining a gaggle of administrative employees, consultants and turf prerogatives. New York's education spending is 67 percent higher than the national average, without a commensurate advantage in student outcomes. Districts resist consolidation, but their parochial concerns should not trump taxpayer interests.

New York's current deficit of $10 billion is not a short-term problem that was triggered by the recession. It is the result of government spending that has increased by 74 percent over the past decade, far outpacing the rate of economic or personal income growth.

Advocates for a millionaires tax argue that the state has a revenue problem, resulting from a financial crisis and global recession that depleted public coffers. But the current year's tax revenues are estimated to be only $100 million short of their all-time peak of $60.8 billion in 2007-08 and are projected to grow to $64.8 billion next year. In short, New York's fiscal crisis is a consequence of spending too much, not taxing too little.

Gov. Andrew Cuomo has called for fundamental reform of the programs and policies that have made New York the highest cost, highest taxed place to live and conduct business in America. He seems to have momentum to bring real change to Albany. He is trying to take the actions required to make our state competitive again. Adopting a millionaires tax at this time will only detract from those very promising efforts.

Kathryn Wylde is president and CEO of the Partnership for New York City.