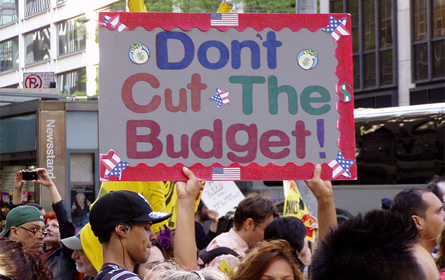 The recent spate of indicators showing weakening in the economy is a reminder of the folly of government budget austerity as the best medicine. More than anything else, the economy needs more jobs. Businesses are not creating jobs because consumer demand, which accounts for two thirds of gross domestic product, is anemic.

Why the Recovery Isn't Taking Off

While the Great Recession technically ended in June 2009, total employment continued to decline through the end of that year. Twenty-five million Americans are unemployed, discouraged or underemployed. Long-term unemployment is at record levels making this is the longest period of 8 percent-plus unemployment since modern record-keeping began in 1948. Unemployment remains over 9 percent. There are several reasons why this recovery has been tepid at best, and far weaker than previous recoveries since the Second World War.

American households, on average, are still saddled with high debt burdens, the result of a borrowing spree during the last expansion and the housing bubble. Families borrowed heavily in part to maintain living standards since the 2004-2007 expansion, the first during which wages were stagnant and family incomes did not rise. This continued a trend that began in the early 1980s, in which most of the income generated by national economic growth has been concentrated in the hands of the wealthiest 5 percent of the population. 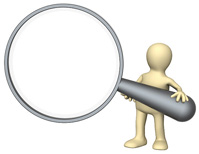 Unprecedented mortgage foreclosure problems and the prolonged housing slump also have contributed to the weak recovery. A rebound in housing construction and the purchase of appliances and furniture normally provides considerable fuel for a recovery; this time the wrecked housing sector is a big anvil chained to the ankles of an already sluggish rebound. The continuing difficulty small businesses face in borrowing -- largely due to weak consumer demand and the unwillingness of many banks to lend -- is a third major factor behind the tentative recovery.

Finally, the recovery owes a good part of its snail's pace to the continuing budget pressures weighing down state and local governments. State and local governments account for 12 percent of the national economy -- one and a half times the federal government's share and slightly larger than the business investment share. Weak tax collections and the winding down of the federal stimulus leave state and local governments with the unenviable choice between raising taxes or cutting spending. Most states and localities faced with this have cut spending and laid off teachers and other public sector employees to balance their budgets. Those cuts have subtracted from growth in the economy and added over a half million people to the ranks of the unemployed.

It defies comprehension to think that more unemployment resulting from consumer belt-tightening and government budget cuts will pull us out of our economic muck. Stephen Roach, formerly a leading economist for Wall Street giant Morgan Stanley, recently characterized debt-burdened and underpaid American consumers as "zombies" -- the economic walking dead -- whose constrained spending keeps the economy from firing on all cylinders. Yet Roach urged more belt-tightening on consumers. Many others among economic conservatives and the well-to-do try to shift blame for the economic crisis onto government or at least hammer away at the need to slash government spending.

This has become an epic economic battleground. On the one side, the burgeoning ranks of the out of work, the under-employed, the underpaid, the debt-burdened, and the millions trapped in a collapsed housing market seem to echo Langston Hughes' refrain, "Let (America) be the dream it used to be." On the other, the economically comfortable, who draw sustenance from a bailed-out financial sector and financial investments that enable them to seek profits from anywhere in the world, firmly feel that everyone else needs austerity.

New York City labor expert Ed Ott has a phrase for depriving working families of gainful employment: "economic capital punishment." You have to go back at least 80 years to the eve of the New Deal to find a period in this country when so much of the public discourse tacitly accepted such a prolonged period of extraordinarily high unemployment.

As in many parts of the United States, high unemployment is no stranger to New York City. While the jobs recovery here has been in line with the nation’s overall, it is tepid at best and unemployment remains far higher than before the Great Recession. Fifteen percent of New Yorkers are unemployed or underemployed -- that's over 600,000 out of a workforce of 4 million. The average period of joblessness exceeds 40 weeks. Most of the drop in the unemployment rate in this "recovery" has occurred because discouraged workers have given up looking for jobs.

As Bloomberg noted when he presented his fiscal year 2012 budget proposal in early May, state budget cuts will take $6.8 billion in spending out of the New York City economy over the next year. In addition to cutting back on local school aid and threatening the jobs of thousands of teachers, the state budget cut support for the City University, the Metropolitan Transportation Authority, public assistance and tens of millions in contracts to social service providers serving low-income communities. And in curbing Medicaid spending, the state budget will reduce the flow of over $2 billion in federal Medicaid payments to local hospitals and health care providers. Thus, the recent state budget deal will drag down job growth and subtract basically a year's worth of federal stimulus from the city economy. Two steps forward, one step back. Recovery will have to wait.

While the mayor repeatedly blames the federal and state government for reducing spending, ironically his proposed city budget is cut from the same cloth. There has already been a reduction of 16,000 since 2009 in those working for the city or related agencies, including public libraries and the Health and Hospitals Corp. Bloomberg's budget proposes to add 6,000 teachers and 3,000 other city employees to the ranks of the unemployed. In addition, the budget proposal slashes spending on childcare, homeless rental assistance, and services for youth and seniors, and closes firehouses, libraries, childcare and senior centers. Even through enrollment in CUNY community colleges has grown by 26 percent since 2008, the mayor proposes they receive less city funding than they did three years ago.

In the face of the lingering adversity resulting from the Great Recession -- with rising poverty, ultra-high unemployment, record homelessness and demand for emergency food assistance -- the mayor's budget can only be described as austere.

The city needs budget policies that match resources to real needs. Is the city really getting value for the tremendous near-tripling in business tax breaks -- now close to $3 billion -- over the past decade, or for the $3 billion in contracting out for information technology, professional, clerical and maintenance services when city employees can more cost-effectively perform those services? Can the city afford $320 million in tax loopholes for hedge fund managers when that has the effect of shifting costs to low-income working families who can ill-afford to pay more for childcare?

Wouldn't it be far better to begin to shift the tide toward shared sacrifice with the comfortable elite contributing through progressive taxation to help their fellow city residents re-build their economic lives? Budget austerity is not the solution to our economic calamity, not in Washington, not in Albany and not in New York City. The city can't fight this battle on its own, but it should at least be fighting on the right side.