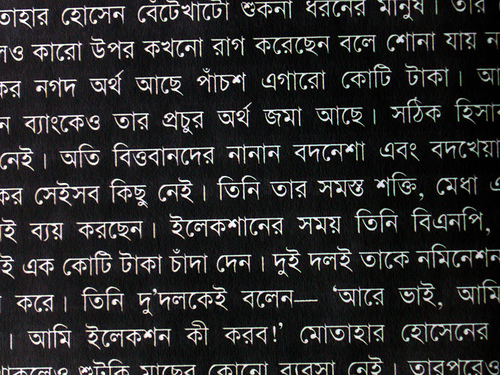 NEW YORK — Asian Americans continue to face "many barriers in exercising their right to vote" in several jurisdictions throughout the county, including in Queens, a civil rights group says.

In a report on local compliance with federal laws for language assistance at the polls, the Asian American Legal Defense and Education Fund said yesterday that New York City was the only one of four jurisdictions in the U.S. that failed in its obligation to translate ballots into Bengali.

The report also underscored that four elections have passed since the city was required by federal law in 2011 to provide language assistance in a South Asian language to voters in Queens.

The city's Board of Elections has said it will not be able to translate ballots into Bengali in time for the general election, but a revised draft plan to help Bengali speaking voters on Nov. 6 was made public at a a meeting of the agency's commissioners yesterday. The plan does not include Bengali ballots.

A spokeswoman for the board responded to a request for comment about the AALDEF report by forwarding the draft plan.

An attorney with AALDEF, Glenn D. Magpantay, said the plan addressed some concerns. "It's a good plan, but there's still room for mischief," he said.

He said he commended the board for making an effort, but said the issue of Bengali ballots had been raised for months.

"We've been yelling at them since December of last year to get this done," he said. "They haven't done nothing. They've recruited interpreters, but no one knows how to access them."

Most recently, the board blamed the failure to translate the ballot into Bengali in time for November's election on the voting machine vendor, Elections Systems & Software.

But AALDEF said in its report that the same company was able to provide Bengali-language ballots for voting machines in time for Michigan's primary election in February.

AALDEF's Magpantay concedes that the software used in Michigan is slightly different, but he said of the board: "They have the technology."

ESS's representatives didn't respond to a request for comment.

AALDEF's report, based on monitoring of 56 poll sites in five jurisdictions around the country during this year's primaries, also found that voters in Queens often didn't know that language assistance was available and that "several" poll sites didn't have the required number of official interpreters.

The report also documented how one poll worker made disparaging remarks about Bengali and an instance where an "interpreter available" sign was written in Chinese even though Bengali and Hindi translators were sitting in front of it.

Under federal law, the city was supposed to have arranged to have voter registration forms, ballots, materials and interpreters available for Bengali readers in Queens during this year's elections.

While most, if not all, of the other materials have been translated, the ballot has not.

The board's draft plan calls for making a list of candidates' names available in Bengali at poll sites, translating sample ballots and other materials, as well as the hiring of interpreters.

Magpantay said his organization is weighing its options for forcing the board into compliance with federal law, including and up to filing a lawsuit over the delay in rolling out Bengali ballots.

"This is a very important election," he said. "The emerging South Asian community in Queens has a right to vote in their language."