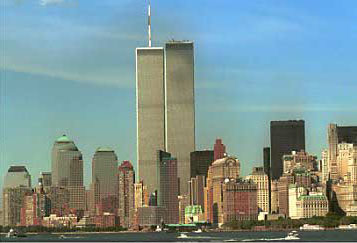 New York City seems to be a place where we make advertising slogans, news broadcast, operas and plays, great restaurant meals, bagels and packets of sugar. But what we really make in New York City is money. We make it, we trade it, we store it for a fee, we loan it, we invest it, and we create new instruments for it for which we can charge a fee.

Those earnings from money, be they profits, dividends, wages or bonuses, are what fills the treasuries of our state and local government and the national government. It is the money that hires the consultants and lawyers, architects and builders, and that buys the tickets for airlines, sports events and Broadway plays. When that money moves out into the city and into the metropolitan area as wages and bonuses, this is the money that we economists would say drives the income multiplier or the job multiplier. Well over one third of all the net growth in incomes, including earned incomes and bonuses, in New York City during the 1990s boom came from one industry. That was Wall Street.

The early planners of the World Trade Center recognized the key role of finance in the city. They were able to look ahead to the future and say that the dynamics of trade in the future would not be in the goods handling, the physical handling, but in the transactions, finance, and the links to commerce. So, the World Trade Center was designed to be a global center of finance and to handle the transactions of trade. It had largely fulfilled that mission.

The bombing of the World Trade Center in 1993 made it clear that all businesses had to have backups, had to diversify. And firms did come back and new firms moved in. But that was not clear in the spring in 1993 as we wrestled with what the economic impact of what has happened and what would be.

Clearly New York City today has two problems in economic terms. One is what the shock waves of the terrorists' destruction of the World Trade Center will do to our economy over the next few months. Secondly, we have the long-term problem of what will happen to businesses and individuals and where they will locate.

We can assume there will be money from insurance and promised money from the federal government. That money will help us rebuild, but what has occurred today is so horrific that it 1s very difficult to think through, let alone consider how events will eventually unfold.

Whatever does happen will take place against a backdrop of 30 years of major structural change. We have seen the wave of suburban development that began in the late 1950s and the decline of manufacturing, first in the city and then in the suburbs. We have also seen the decline of the port and the ascendancy of the financing business services function.

But during the 1990s we saw the rise again of the central city as pivotal to the growth and redevelopment of the greater metropolitan area economy. We have seen proof that local policies do matter and that infrastructure is important, education is important, crime and safety are important, and tax policy as it is carried out at the city and state levels is important.

Above all, the openness of our city economy is really important. New York was what it was in the 1980s and 1990s because of that openness. Similarly, London was important but not Tokyo and not some other cities in the world that did not do as well in the 1990s.

We have also seen through the 1990s that the availability of technology is not necessarily a guarantee of its obvious results. The technology of the information and communication and computer revolution in the 1990s favored dispersal, and people could move off to Vermont or where I come from in Nova Scotia and do their work from there. But the opposite happened. We all gathered together because we wanted to work together in complexes such as the World Trade Center, we wanted to live together, wanted to move on the streets together, eat in restaurants etc. and partake in the cultural life of the city.