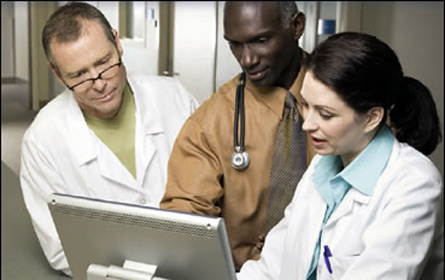 Javier Espinosa had not visited a doctor in 13 years. After crossing U.S.-Mexico border illegally desperate to find work to support his family in Hidalgo, Mexico, Espinosa has held numerous jobs such as bus boy, dishwasher, and deliveryman. But he has never had any medical insurance and could not afford any visit to a doctor’s office.

Having not seen his family for 14 years and struggling to make ends meet in a recession, Espinosa had a panic attack last year and rushed to the emergency room at Elmhurst Hospital in Queens.

"Usually when I get sick, I would just get some medicine from the pharmacy. But this time I thought I was about to have a heart attack,” said Espinosa, now a resident of Jackson Heights and a furniture finisher in a factory in Flushing. "I stayed overnight in the hospital and the bill was over $3,000."

Espinosa is one of the estimated 12 million undocumented immigrants in the United States who are not covered by employer-sponsored medical insurance or eligible for government-supported Medicaid. He hoped that, after months of heated national debate, people like him would finally be covered by the new national healthcare system. But Espinosa's hope was dashed on March 23, 2010 when the House of Representative, by a 219 to 212 vote, passed a healthcare bill with a provision to exclude anyone without papers.

The bill, known as the Patient Protection and Affordable Care Act, aims to expand healthcare coverage to 32 million Americans who are uninsured. The new law also will expand coverage for the poor, impose new taxes on the wealthy and bar insurance companies that refuse to cover people with pre-existing medical conditions. In 2014, it will create an insurance exchange to people who do not have insurance to shop for an affordable health plan subsidized by the taxpayers.

The new law, however, will not make undocumented immigrants eligible for publicly supported Medicaid, and it will not allow them to purchase insurance in the insurance exchange -- even if they pay full price with their own money.

Some believe that, just like access to abortion, coverage for undocumented immigrants were sacrificed in the negotiation over the legislation.

"The bill was passed virtually without any Republican support. So they had to get enough Democratic support to make it happen," said Mark Scherzer, legislative counsel of New Yorkers for Accessible Health Coverage. "So conservative Democrats, particularly from Southern and Southwestern states dictated a lot of the terms. That's why we saw not only the immigration provisions but also the abortion restrictions."

A Haven for the Undocumented?

New York, long considered a progressive state when it comes to public policy regarding immigrants, is one of a handful states that still provide funding for Medicaid to undocumented immigrants.

In order to educate immigrant New Yorkers about healthcare access, The Center for Immigrant Health at New York University's School of Medicine has issued a brochure detailing the medical resources available to immigrant New Yorkers, documented or undocumented. They include Emergency Medicaid, Prenatal Care Assistance Program, AIDS Drugs Assistance Program, Child Health Plus B and treatment at all facilities under New York City Health and Hospitals Corp.

According to the Health and Hospitals Corp., New York City public hospitals and clinics annually serve 1.3 million predominately low-income New Yorkers, including nearly 450,000 patients who are uninsured. An executive order signed by Mayor Michael Bloomberg in 2003 protects immigrants' confidentiality when they go for medical treatment or seek help fro other city agencies such as the police.

But will the new law curtail these benefits?

"One of the wonderful things about the federal reform is that a lot more people are going to get coverage," said Scherzer. "But one of the hard things for a state like New York is that we have been offering extended coverage for a long time, and this new law is going to pull us back closer to the national standard. Some of our progress may be at risk. We are going to have to fight to make sure that we don’t get pulled back."

Back in Jackson Heights, Espinosa decided to come clean with the hospital about his status and sought help. After meeting with a social worker, he received a temporary Medicaid card.

"They asked me where I live, who I live with, who supports me and who pays the rent," said Espinosa. "I had no job and no money at the time, and they decided that I needed temporary Medicaid."

He was told to see a psychiatrist and given some medicine.

"They treated me well," said Espinosa. "The only problem is that it takes too long to get an appointment." Espinosa quit after three sessions of treatment for his panic attacks. In the meantime, he had developed some problems with his eyes and had to wait for two month to get an appointment.

"I thought I was going to be blind by the time I get to see the doctor," said Espinosa. Luckily, the problems went away before his appointment.

Unlike Espinosa, many undocumented immigrants take the issue of healthcare into their own hands and look for resources inside their own communities.

Evelyn Lim (not her real name), a native of Ipoh, Malaysia who now lives in Elmhurst, Queens, overstayed her tourist visa, which expired in 2003. She found a Chinese doctor in her neighborhood in a small private clinic that charges her $50 per visit. In her case, the $50 goes a long way because it covers her annual physical, which can cost up to several hundred dollars.

"I just walked into the clinic and asked them," said Lim. "They do blood test, urine test â€¦ everything for $50. He is doing the community a service."

While paying out of pocket to see a doctor is common in ethnic neighborhoods, Lim said sometimes there are "traveling doctors" who carry medicine in suitcases and go into communities to give away medicine. But Lim said she would not take anything from them because they might not be licensed.

Immigrants who are here legally also have concerns about the new healthcare law. In 1996 during the conservative anti-immigrant crackdown, the federal government established a five-year waiting period for new documented immigrants to access Medicaid. In the new law, that provision remains as an obstacle for new arrivals.

"Whether you move to a new place, the first few years you are acclimating, it is probably the toughest time," said Noilyn Abesamis-Mendoza, health policy manager of the Coalition for Asian American Children and Families. "A lot of people come here for other opportunities, to reunite with their family or economic opportunities, they are really here to make a better living for themselves. I think healthcare is probably very low in their priorities as far as why they come to New York.

"When you don’t give people things like healthcare access, they have to make tough decisions. Especially we are in a recession so when they think about it, sometimes their health takes very low priority,” said Abesamis-Mendoza. “If they don't have access to preventive healthcare, they won't be able to get better and help the economy come back up or just be productive residents of New York State, we lose out on that."

Experts on the bill point out that the proposed insurance exchange would be the solution for immigrants, since there will be no waiting period for that.

"Anyone who might have wanted to get Medicaid will be able to get in through an exchange and get decent coverage, at no cost if they are below poverty level," said John McDonough, a fellow in public health at Hunter College. "There will in fact be an affordable coverage option available for legal immigrants without the five-year wait through the exchange."

Calling this "an enormous breakthrough," McDonough said, "It is probably the best healthcare legislation for legal immigrants in the United States ever."

What the Future Holds

"For the most part, there are very, very few folks in the undocumented community who are going to buy their own coverage unsubsidized. â€¦ It's so expensive, they don't have the money to do it," he said. "But the law does make a very large infusion of dollars into federally-qualified health centers, which is a very important point of caring service for the undocumented folks."

The best solution for the undocumented, of course, would be legal status. But Espinosa, for one, remains pessimistic.

"To tell you the truth, I don’t see any hope," he said Espinosa. "I am waiting for Obama to do something. I am giving myself two years. If nothing happens, I will go back to Mexico."