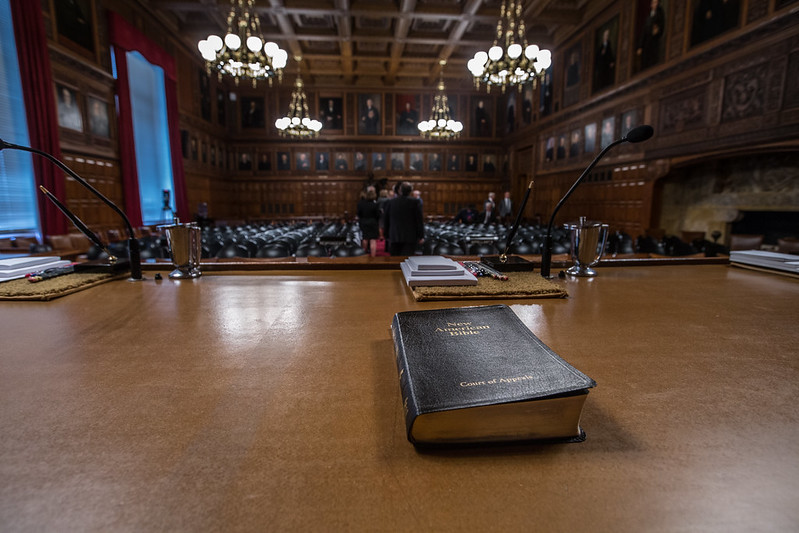 When New York’s courts fully reopen they will face an overwhelming volume – delayed matters of all types, particularly trials; a vast number of new matters that were waiting to be initiated until the courts reopened; and cases stemming from the virus fallout including scores of breach of contract and related claims. Of particular concern is an estimated backlog of up to 80,000 family court suits.

Adding to these problems may be a decrease in court staff resulting from state-mandated budget cuts. These problems will be substantially aggravated by the fact that Court officials will be powerless to correct one of the largest barriers to an efficient reopening of the courts: the limits imposed by the New York Constitution, an obstacle only a constitutional amendment can correct.

Under a system dating back to the mid-19th century, New York today has 11 different trial courts; more than any other state in the nation. This system prevents the assignment of judges to decide cases where they are most needed — a problem during normal times all the more apparent in the post-pandemic planning.

Family, Criminal, and Civil Court judges cannot decide any of the kinds of cases Supreme and County Courts can decide (family and civil court judges can issue orders of protection). Conversely, and of particular import, Supreme Court judges rarely hear family court disputes and Court of Claims and Surrogate Court judges never do.

These constitutional restrictions will severely limit court administrators in assigning judges to sit where they will be most needed when the courts reopen. For example, while it can be anticipated that the already overburdened family courts, which will need substantially more judges to handle the backlog of family court cases and an increase of up to 30% of domestic violence disputes that arose during the pandemic, court officials in most instances will be unable to assign those cases to Surrogate, Court of Claims, or Supreme Court judges.

Long before the present health crisis these constitutional provisions have been shown to create enormous unnecessary delay to litigants and prevent the assignment of judicial and non-judicial personnel to where they are most needed. The resulting societal costs have been estimated to amount to approximately $500 million annually. Those costs, and the impact on those seeking judicial relief, will be dramatically increased as the courts reopen.

Thus, even if court officials want to assign judges from other courts to decide the thousands of delayed family disputes, and even if, in order to do so, decisions in commercial, estate, or tort litigations may be delayed, court administrators will find it extremely difficult – if not impossible – to assign a Supreme, Surrogate, Court of Claims, or County Court judge to decide what have been designated as higher priority cases. Under the Constitution these judges may lack the authority to resolve such matters.

Instead, court officials may decide to make judges from the Criminal or Civil Courts “acting” Family Court judges where they will then have jurisdiction to decide Family Court cases. Not only will many of those judges lack the training to decide such matters, but to become “acting” Family Court judges will mean those judges will leave behind  their pending docket of Civil or Criminal Court cases, imposing a further burden on the other judges left on those courts. And to compound this problem the Constitution imposes strict limits on the conditions that must be met before the Legislature may increase the number of  Supreme Court judges even when there is a demonstrated need for such judges in a particular jurisdiction.

These facts highlight the need for adoption of the constitutional amendment proposed by Chief Judge Janet DiFiore in the fall of 2019. Her proposal, and the numerous other similar proposed court-simplification amendments put forth over the last 50 years, would eliminate the problems discussed above by consolidating the present 11 different trial courts into three.

Unfortunately, the-long overdue constitutional amendment proposed by the Chief Judge cannot be adopted until the end of 2021 at the earliest, so the changes such amendments would put in place won’t be available to deal with the reopening of the courts this year. But the inefficiencies identified above highlight the compelling need for these constitutional changes to be enacted.

***
Michael A. Cardozo is a partner at Proskauer Rose LLP and a member of the Board of Citizens Union. He served as Corporation Counsel under Mayor Bloomberg from 2002-2013.