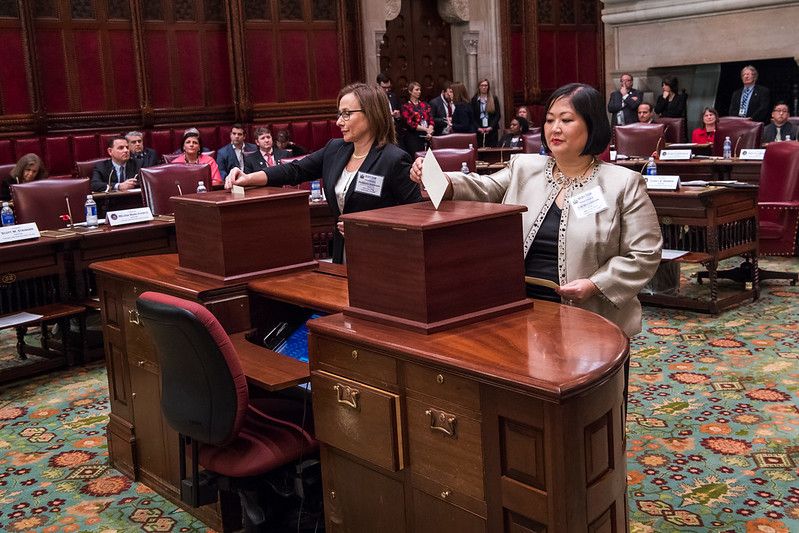 In a tweet posted at 8:46 a.m. on July 30, President Trump floated the idea of postponing this fall’s general election. Once again making baseless charges against the integrity of mail-in voting, Trump tweeted – the three question marks are his – “Delay the Election until people can properly, securely and safely vote???” Well, Trump cannot postpone the election. There is no reason to postpone the election. But Congress must act to assure the legitimacy of this fall’s vote.

First, and most importantly, the President has no power to set, modify, or alter the date of the election. That date – which governs elections for the Senate and House of Representatives as well as for President – is set by Congress. Since 1875, that date, as we all know, is the Tuesday after the first Monday in November, which this year is November 3.

With respect to the Presidency, Congress has further elaborated by statute the schedule for the casting and counting of the votes by the Electoral College, which, as we were reminded in 2000 and again in 2016, actually picks the President. By law, the electors are required to meet in their home states and cast their votes on the first Monday after the second Wednesday in December, which this year is December 14.

By law, Congress meets on January 6 to count the electoral votes, declare a winner, or resolve any disputes. And under the Constitution, the President’s term ends at noon on January 20, 2021. Any change to Election Day or the schedule for the casting and counting of electoral votes would require an act of Congress. Any change to the expiration of the presidential term would require a constitutional amendment. The first, which would require approval by the Democratic House of Representatives, is extremely unlikely. The second, which would require approval by two-thirds of both houses of Congress and three-quarters of the states, is virtually impossible.

Second, there is no reason to postpone the election, even if at this stage it were legally possible. COVID-19 is surely a hugely disruptive and tragic event, but we have stuck to the electoral schedule during even greater crises. Presidential and congressional elections were held as scheduled in 1864, at the height of the Civil War. Indeed, absentee voting was first pioneered during the Civil War to allow Union army soldiers to vote from the battle front.

Regularly scheduled elections are perhaps the most important feature of our democracy. Like past disasters, COVID-19 is a challenge to be addressed, not an excuse for cancelling democracy.

Third, however, it will require action by Congress for the COVID-19 election to succeed. Despite the president’s tweets, vote-by-mail has a proven track record of integrity and effectiveness. Even before COVID-19, roughly 20 percent of ballots cast in recent federal elections were submitted by mail, and in five states elections are conducted virtually entirely by mail. But these states took time to transition from polling-place voting to address some of the problems mail-in voting raises, including verifying signatures, getting ballots out and back on time, and tabulating the results.

The unprecedented surge in mail-in voting in place of traditional voting in primaries this spring and summer raised a lot of these problems in states around the country. Dealing with them will require getting and testing new equipment, training election workers, preparing the postal service, and educating voters. All this will require a major administrative effort by state and local election administrators, and it will also require money.

Congress is currently struggling over the latest COVID relief bill. The House bill – passed in May – offers states and local governments $3.6 billion in election assistance funds, which are essential for smoothing the transition to mail-in voting as well as for proving election administrators with the money necessary to make polling places safe and sanitary for the many millions of voters who will want to vote in person, whether at early voting election centers or at polling places on Election Day. The latest Senate Republican proposal has NO money for election assistance.

It is certainly understandable why Congress should focus its concern on the unemployed, small business, and essential workers. But democracy is also essential, and surely a few billion of the trillion dollars or more than Congress will eventually appropriate must be allocated to protecting democracy.

Congress’ failure to appropriate the funds needed to pay for the transition to mail voting and making polling places safe and sanitary would mark a greater threat to the legitimacy of the 2020 election than any of the president’s tweets.