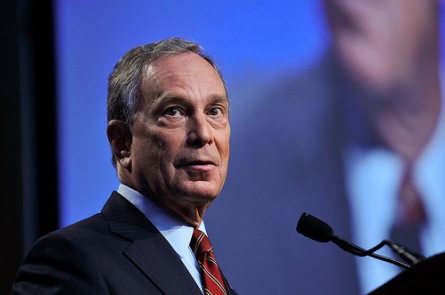 NEW YORK — Michael Bloomberg's 2009 mayoral campaign worked to conceal $1.2 million in donations made in the days before voters headed to the polls, regulators say.

But the New York City Campaign Finance Board found that while the Bloomberg campaign's actions "contravened the spirit of disclosure," it could find no violation.

The board voted 3-to-1 to close the inquiry into Bloomberg's 2009 mayoral campaign yesterday. The mayor's office didn't respond to a request for comment.

But attorneys for Bloomberg's 2009 campaign said in papers released by the board that the allegations had no basis and should be dismissed.

In a sometimes pointed final report, the board slammed the Bloomberg campaign for taking advantage of a temporary loophole in election law to deliberately avoid public disclosure of the donations made on Oct. 30, and Nov. 2, 2009, to the Independence Party.

The money was intended to fund so-called "ballot security operations," poll-watching that some groups have criticized as potentially leading to disenfranchisement at the voter booth.

There is no evidence the money was ever spent on behalf of the mayor's campaign. John Haggerty, Jr., a Republican political consultant hired to oversee the ballot security initiatives, was convicted of stealing the money and using about $600,000 to buy a home.

In a review of extensive testimony from the criminal trial of Haggerty, the board found that top officials with the Bloomberg campaign were intricately involved in the "negotiations, financing and logistics of Haggerty's ballot security operation" and that they took deliberate actions to avoid having to make public the donations.

"The record before the board makes clear that [the Bloomberg campaign], with a stated intent to conceal the funding of its $1.1 million ballot security operation by 'do[ing] it on the outside,' moved to deprive the New York City electorate of the benefits of disclosure," the board report states.

The board's staff began looking into questions surrounding the donations to the Independence Party in February 2010, with Haggerty's trial generating "voluminous evidence and testimony" relevant to the inquiry, the report said.

The board also received a complaint from Gerald F. Kann, a political activist linked with the Green Party, urging a review of Bloomberg's donations. The board said that while the complaint "raises serious public policy consideration â€¦ it does not allege a violation of law upon which the board may grant relief."

However, the board said that it was "troubled" by the ability of Bloomberg to "make and conceal such payments in the first place." The money was donated to a party housekeeping account, which allow for unlimited contributions and few reporting requirements under state law. The board said such accounts are, "at best, hostile to the principles of fair play and transparency."

Richard Davis, an attorney, was the sole member of the city's Campaign Finance Board to vote against the motion to close the inquiry.

“I believe the evidence here warrants a notice of penalty for improper coordination and for making a payment for services designed to benefit the campaign," he said about his decision. "The issue then would be how much, if any, of the money was actually spent for the intended purpose rather than stolen.”

Read the complete report by the board below.