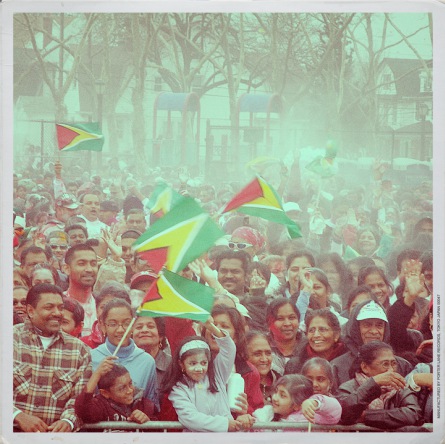 NEW YORK — Where I grew up in southwest Queens, roti shops are the local cafes, Hindu religious stores sell saris and the smell of simmering chicken curry is easily chanced upon as you walk the streets.

Whether in South Ozone Park, Ozone Park or Richmond Hill, the influence of Indian cultures from Guyana, Trinidad and Suriname creates unity among the three adjacent neighborhoods.

But others apparently don’t see our community as one that shares common interests and that deserves a chance at supporting its own candidate for City Council.

Every ten years following the decennial census, the city goes through the process of redrawing the district lines for City Council members, in part by looking at demographic changes in the five boroughs.

Under the current proposal from the city’s Districting Commission, my neighborhood would be split by Lefferts Boulevard, leaving District 28 and District 32, including Ozone Park and South Ozone Park, as two distinct areas. Richmond Hill, in turn, would lie in the center of both districts, with Lefferts Boulevard cutting through them.

What is at stake is the community’s power to pick elected officials who will respond to their concerns, advocates say.

“It dilutes the power of residents in the area,” said Richard S. David, executive director of a southern Queens-based nonprofit, the Indo-Caribbean Alliance, in a recent interview.

David said the current district lines proposal “fails” the community by making it more difficult to push for legislation and policy issues if there are multiple elected officials representing a minority split between various districts.

“We are not proposing to have a majority of Indo-Caribbean and South Asians — we just want to keep the community together. We are not going to be the largest but we are going to be bigger than we are now,” he said.

The 2010 census shows that 62 percent of the city’s South Asians live in Queens, while nearly 30,000 residents identified themselves as “Asian Indian” in South Richmond Hill, Ozone Park, and South Ozone Park.

Advocates from community organizations, such as Taking Our Seat, a group dedicated to addressing the causes of voter-dilution among South Asians, say that four census tracts with high South Asian voting populations in Richmond Hill and South Ozone Park are split between four different City Council districts using major roadways such as Lefferts Boulevard and 101st Avenue as dividing lines where the community occupies both sides.

Instead of the South Asian and Indo-Caribbean population in Richmond Hill, Ozone Park, and South Ozone Park voting as one block of constituents, their votes end up as a small margin in four different City Council districts currently represented by Ruben Wills, Erich Ulrich, Elizabeth Crowley and Karen Koslowitz, according to advocates.

Queens residents from the neighborhoods testified in front of the city Districting Commission on Oct. 10, calling for the communities to be drawn into one district, not separated into three different ones.

Shirley Limongi, the spokeswoman for the districting commission, said in a recent interview that hearing testimonies from local residents helps to identify potential “communities of interest.” She noted that some factors that define a community of interest are shared religion, race, language and ethnicity.

At the hearing, a group of South Asian and Indo-Caribbean local residents from southern Queens wearing “Keep Richmond Hill United” t-shirts and holding up posters of a map uniting the two districts testified. Some were angry at the commission, some delivered their stories as immigrants and some called for redrawing the map completely.

Even business leaders were concerned about the proposed Council lines. “We have made a significant presentation, including testimonies, maps, t-shirts, placards — what else do we need to do? Please work with us,” said Vishnu Mahadeo, the president of the Richmond Hill Economic Development Council, to the 15 commissioners, at the hearing.

The splitting of the community affects how easy it is for a person of South Asian descent to run as an elected official, advocates say.

“The reality is in New York people vote along racial lines — if the lines are not drawn where you have the racial advantage, then you have to break that norm where it can be possible,” David said, giving examples of elected officials such as Councilwoman Margaret Chin, who represents Chinatown, and Councilman Peter Koo, who represents Flushing — both major Chinese American enclaves.

Advocates at the hearing also cited the Unity Maps proposed by civil rights groups, showing that the three neighborhoods could be kept as one district if Van Wyck Boulevard was made the dividing line instead of Lefferts Boulevard.

My parents, like so many others, left their native country Guyana but they soon found a neighborhood that became a second home to them — with Trinidadians, Surinamese, Sikhs, and Punjabis all holding a common Indian ancestry.

As a second-generation child of Guyanese immigrants, I see my surrounding community as a cohesive whole. I am a youth leader in my Hindu temple in Ozone Park, I write in a local newspaper called The West Indian, circulated throughout Richmond Hill’s roti shops, and I grew up in my South Ozone Park home, where I still live in today.

For me, the main concern of the independent commission should be to protect and empower ethnic populations within marginalized communities. But if the commission does not unite our South Asian community in one district, it may send a message that this community is not of interest.