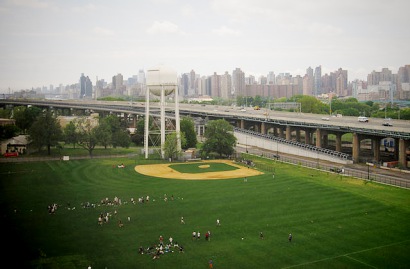 This version includes important updates to clarify the differing views of a neighborhood in Queens with a growing Asian population — Editor.

NEW YORK — For the many civic groups observing the decennial redrawing of City Council district lines, it has been an imperfect and sometimes frustrating endeavor.

Alleged back-room political deals. Incumbents who seem to have an oversized voice in the process. Murky decision-making by a supposedly independent commission.

Now, after three rounds of sometimes raucous public hearings, the redistricting process is near its bitter end.

The 15-member District Commission, tasked with redrawing the lines to reflect demographic changes in the city, released what is likely to be the final version of the district lines on Monday. They are expected to vote on them today.

If the Council approves the lines — and it is unlikely that they will reject them given the election calendar — they will become finalized for the next decade, angering minority and neighborhood advocacy organizations who realized that a bevy of their proposals would not be incorporated into the commission’s map.

For James Hong, a spokesman for the Asian American Community Coalition on Redistricting and Democracy, it was an expected yet agonizing outcome.

“Overall, the changes made to the map neither reflect the current population size nor the growth of the Asian-American community in the past 10 years,” Hong said.

ACCORD, a coalition of 14 Asian civic groups, grew increasingly agitated at each public hearing as it became clear the commission was going to divide a neighborhood with a growing Asian population from Councilman Dan Halloran's district. That neighborhood, referred to as being a larger part of Bayside by ACCORD and by others as Oakland Gardens, has its own separate zip code.

The coalition argued, ultimately fruitlessly, that the southern portion of Bayside/Oakland Gardens should be naturally added to Halloran’s district. The councilman alleged that ACCORD was merely seeking to create an “Asian district” at the expense of everyone else. The southern boundary from the December plan was largely maintained in the new plan, satisfying Halloran.

ACCORD sharply disagreed, penning a letter to the commission that contended their proposal would still make Halloran’s district less than 30 percent Asian. Tension between Halloran and Asian civic groups remains high over a tough, racially-charged 2009 general election that Halloran won against an Asian-American, Kevin Kim. That race cast a long shadow over the last Queens public hearing.

Jerry Vattamala, an attorney for the Asian American Legal Defense and Education Fund, said that AALDEF — which advanced their own redistricting proposal known as the Unity Map — was “evaluating all of our options," including  a possible lawsuit against the commission for an alleged violation of the City Charter over how the Asian population across New York City fared in the redistricting process.

“It really is a violation of the charter,” Vattamala said. “Asian-Americans are a protected group. According to the prioritized list, these groups, including Asian-Americans, must be ensured fair and effective representation.”

Bensonhurst, Brooklyn, a sprawling neighborhood with a burgeoning Asian population, is divided among four council districts, a perpetual concern for Asian civic groups. The commission’s latest map did little to create the sort of districts those groups desired.

In a Feb. 4 memorandum from Carl Hum, the commission’s executive director, to members of the commission, the reasoning behind how all districts were drawn in the city was made public.

The memorandum emphasizes that the commission followed closely the criteria laid out in the City Charter. Population size — ensuring no district is 10 percent larger or smaller than the average district size — and ensuring that racial and voting minority groups are fairly represented are two of the most important criteria in the charter. Not mentioned, but emphasized by Hum in public comments, is incumbency protection, which Hum argued was a legitimate factor to consider when redrawing district lines.

But other civic leaders continued to be unimpressed by the proposed new lines.

Former Brooklyn District Leader Lincoln Restler accused the commission of “packing” Hasidic Jews in northern Bedford-Stuyvesant, a current part of Councilwoman Letitia James’ district, into southern Williamsburg, thus benefitting Councilman Stephen Levin, an ally of the Hasidic Jewish community and the former chief of staff to one of their fiercest allies in Albany, Assemblyman Vito Lopez.

“More than a year ago, individuals in consultation with Councilman Levin and Vito Lopez shared with me their plans to remake this district and cut out as much of brownstone Brooklyn as possible while packing in the Hasidic community,” Restler said. “This has been precisely the outcome more than 12 months later of a sham redistricting process designed to strengthen the incumbent council member at all costs.”

Restler, mulling a run against Levin, will see his election prospects plummet under the current proposal, though advocates of the alteration argued at the Brooklyn public hearing that the commission was rightfully uniting a community of common interest, which is another key criteria outlined in the City Charter. Levin himself argued this at the hearing, though James said that Jewish leaders in her district expressed concerns about losing a legislative representative.

The aforementioned Lopez factored into the redistricting process when it was reported last year that an ally in the Council requested his residence be drawn into term-limited Councilwoman Diana Reyna’s district to better facilitate a rumored run for that Council seat. Council Speaker Christine Quinn, who political insiders have said plays a large but unseen role in the redistricting process, was angered when the alteration was brought to her attention — and made public — and asked the commission to withdraw the council lines many believed were final, setting off a third round of public hearings in January.

One vocal critic of the districting process, Manhattan and Bronx Councilwoman Melissa Mark-Viverito, had criticized the commission for removing a section of East Harlem and Randall’s Island from her district. Both were restored in the latest proposed map, though Mark-Viverito found more of her district, currently Manhattan-based, drawn north into the Bronx. The district added enough Bronx residents to make the district slightly more of a Bronx district than a Manhattan one.

One of the Districting Commission's most detailed discussions of its decision-making, in the memorandum released on Monday, was reserved for Mark-Viverito's district.

While the commission said adding Bronx residents was done to reflect the “extreme” population growth in that county, Common Cause New York Executive Director Susan Lerner said she believed “political purposes” were behind the redrawing of Mark-Viverito’s district.

“We don’t see the justification of this district with 200,000 more people in Manhattan,” Lerner said. “It’s a pure gerrymander so the Bronx picks up an additional seat. It’s pure power politics.”