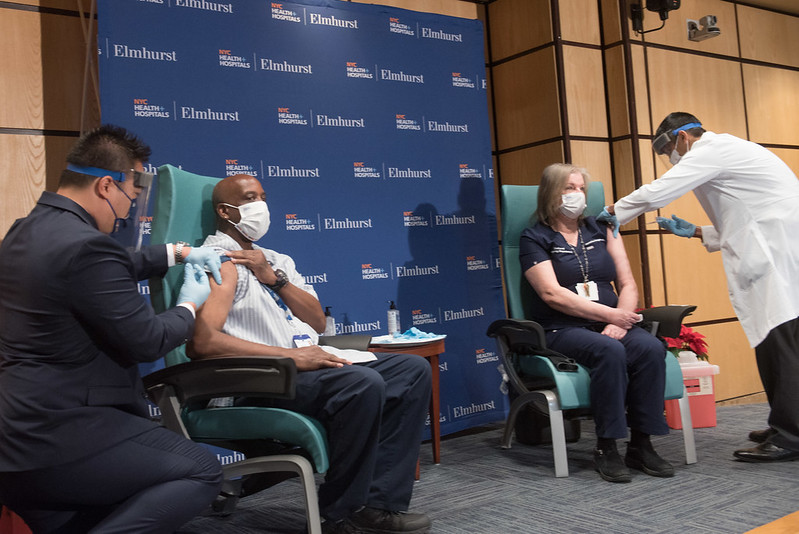 [Note: the vaccine numbers change every day; the data in the article reflect Federal, New York State, and New York City numbers as of April 17, 2021.]

The three counties in New York State with the lowest rate of residents fully vaccinated -- at 19% -- are Brooklyn, the Bronx, and Allegany County (pop. 46,000). This is the broadest measure of the population, everyone age 0 and up. There are 62 counties in the State. Brooklyn also has the lowest percentage of residents age 65 and up fully vaccinated in the entire State, at 42%.

The data are taken from a Washington Post table from April 17, with the source cited as the Center for Disease Control. Here are the ten counties in New York with the lowest rates of residents fully vaccinated. 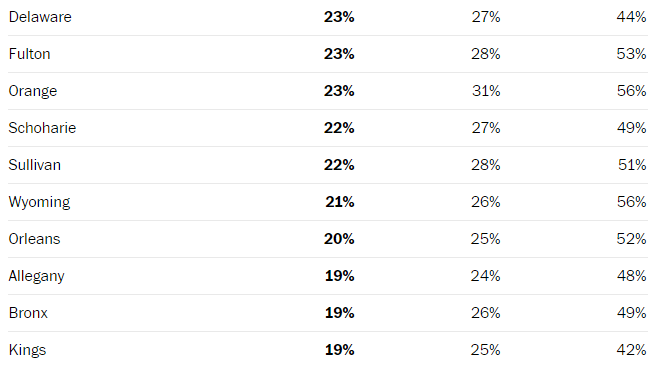 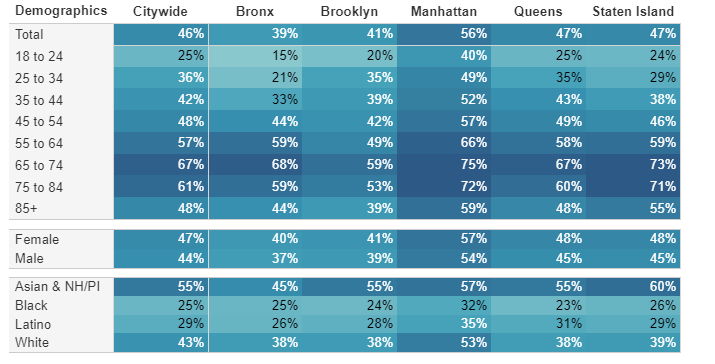 The current data show that vaccination rates for Black and Latino New Yorkers are far behind white and Asian city residents. The percentage of Black New Yorkers aged 18 and up who have at least one dose is 25%; for Latinos, 29%; for whites, 43%; and for Asians, 55%.

Rates for at least one dose among Bronx and Brooklyn residents, at 39% and 41%, respectively, also lag behind the rest of the city, compared to 47% each for Queens and Staten Island, and 56% for Manhattan. Among older residents, Brooklyn once again has the lowest vaccination rate for persons with one dose, at 59% for persons age 65-74, compared to 67% citywide and 75% in Manhattan.

CDC’s COVID-19 vaccine tracker, as of April 17, shows the following:

New York City and its boroughs also fare poorly compared to vaccination rates across New York State and its regions. This below table, taken from the New York State Department of Health’s vaccine tracker for April 17, shows the percentage of the overall population with one dose, and percentage complete, for the regions, and percentages for one dose for the individual boroughs in the City:

The city’s overall vaccination rate lags about two percentage points behind the state’s overall rate ( in which New York City is averaged in), at 38.8% versus 40.9%. The Bronx rate is 30.6%, and Brooklyn is 33.5%, more than ten and more than seven points behind the state overall rate. Only one region of the State, the Mohawk Valley, has a lower overall vaccination rate than New York City.