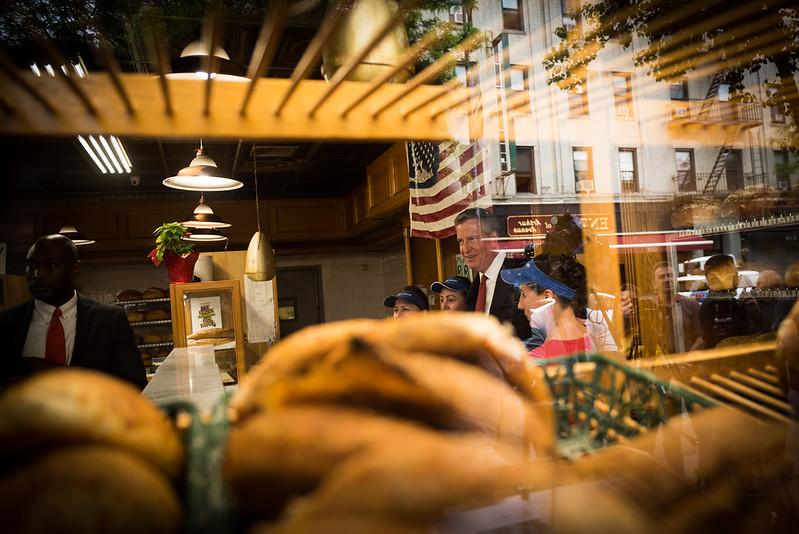 New Yorkers know that love of neighborhood is synonymous with love of small businesses. But in 2020, we suddenly learned just how thin the reserves of our shops, restaurants, and bars can be. Many New Yorkers responded by doubling down on that love of local; meanwhile, too many businesses felt deeply let down by their elected officials as they faced mounting rent debt and great uncertainty. And so when small business owners vote in June’s Democratic primary to elect the next mayor, many will be voting for the candidate they believe can best revitalize the main streets of our neighborhoods.

Most candidates are talking about small businesses. Good.

There is widespread agreement to cut more red tape. We may finally get that one-stop portal for all permitting needs. There may be stimulus through sales tax holidays. But these are mostly lightweight fixes. None of them address the more worrisome trend that since the early 1980s, small business start-up has been declining while concentration in most industries has grown.

Between 2000 and 2015, we lost 108,000 independent retailers. Pre-pandemic, Black business ownership was only at 2% in New York City. To create a thriving small business economy, the next mayor has to address this city’s long-term commercial affordability challenge, which plays out in two ways: in how market rents are determined and in who gets access to capital for business start-up and growth.

Between 2007 and 2017, retail rents rose by 22% citywide, a rate that was much greater in pockets like Williamsburg and doubled in neighborhoods like Soho. Now the pandemic has brought incredible variation to the marketplace. Here’s a snapshot: CBRE data shows that rents are especially down in Manhattan’s higher-end retail corridors. According to reporting in The City this March, “The deals [being discussed] include periods of free rent - along with rent being a percentage of the sales in the first two years, followed by a reset to market rents in years three and four.” This was echoed by the Wall Street Journal, which cited brokers seeing lease resets returning rents to 2019 levels. It also reported very short-term leases being signed as well as landlords keeping spaces off the market to lock in higher rents later under a recovered economy.

The New York Hospitality Alliance’s December survey of more than 400 restaurants and bars found that 86% of businesses reported failing to renegotiate their leases. I know of a Gowanus performance venue currently being asked to renew their lease at a considerable increase while another business peer inquired on a property and was told that the landlord was only considering chain tenants. By contrast, the business improvement district (BID) for Park Slope’s Fifth Avenue has seen more new leases signed than the number of businesses that closed in 2020. In sum, deals are happening but we would be absolutely naive to think the pandemic will only bring about long-term affordability and small business opportunity.

This lack of affordability has been driven by the interplay of big brands, banks, and developers. Online retailers have realized that they still need brick and mortar locations while multinational chains have been eager to expand beyond the high-end retail corridors of Manhattan into other boroughs. In such cases, rent is often parked as an advertising cost and affordability is not a function of revenues estimated to be earned in that location. And as smaller landlords have exited in place of larger developers, the latter tend to hold commercial mortgages underwritten by mostly national banks that have stringent requirements on rent rolls and a comfort for chain store tenants.

These banks are also determining who gets access to capital that can help create affordability for entrepreneurs. The four dominant banks in the U.S. have been lending less to small businesses since the Great Recession. Black entrepreneurs in New York City have overwhelmingly identified access to capital as their number one challenge. Under the pandemic, more small business owners have taken on debt and some are in personal bankruptcy. Meanwhile, Shake Shack has announced that it is borrowing $225 million to fund a massive expansion.

The result is that giant corporations, banks, and developers are all too often determining the landscape of our neighborhoods while small businesses are seen as a problem to fix through mostly technical assistance. So what is the next mayor to do?

One approach is to let markets be markets and accept that New York City has a “sticky rent” problem but create ways to get tax dollars back to small business tenants or to landlords who rent to small business tenants under favorable terms . A different approach would be to try to actually lower the rents themselves by creating caps on increases in high residential neighborhoods, either directly through a regulatory board or indirectly by altering the marketplace of what kinds of businesses can bid on a space, such as the zoning permissions San Francisco uses to keep chains out beyond their downtown corridor or the law North Dakota uses to keep out chain pharmacies. A vacancy tax on viable commercial spaces would be another tool in this approach. At the same time, the next mayor needs to consider how to grow both the assets and locations of Community Development Financial Institutions (CDFIs) to get capital into the hands of more entrepreneurs.

Revitalizing our main streets across the five boroughs for the long-term is a massive challenge but with the right dose of ideas, research, and courage, we can make progress. The next mayor must lead the way.