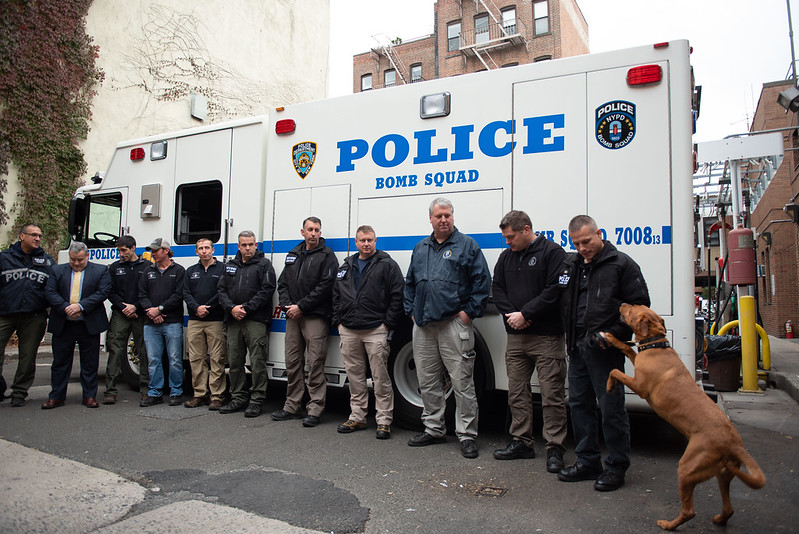 As a City Council Member and Chair of the Council’s Public Safety Committee, I understand that people need to feel safe, particularly in their homes. One aspect of this safety is an assurance that authorities will not haphazardly burst in. This is enshrined in the Fourth Amendment of the Constitution, which grants everyone freedom from unreasonable search and seizure. That means there must be probable cause to raid a home.

However, the NYPD and other law enforcement agencies seem to think otherwise. Because instead of substantive evidence, their burden of proof is often nothing more than hearsay from an informant, who may be compensated. Judges are willing to go along and issue warrants. And not just any warrant, but a no-knock warrant.

Having gained more attention since Breonna Taylor’s death, a no-knock warrant allows law enforcement to raid someone’s home without announcing themselves, often in the middle of the night or early morning, and using military gear. The justification is that the operation would be too dangerous or evidence would be destroyed without the element of surprise.

The NYPD has abused the use of no-knock warrants to an egregious degree, including in my own Southeast Queens district. Early one morning in March, the NYPD broke down the door of my constituent, Tijuana Brown, an African-American woman, on the grounds that her nephew was allegedly dealing drugs. They tore through her home and even cut a hole in her nephew’s bedroom wall, only to find a miniscule amount of cannabis, consistent with personal use. Her nephew was arrested for possession, but the Queens District Attorney’s office later dismissed the case. An officer at the scene allegedly remarked, “Well this was a bust.”

That “bust” traumatized Brown, who now has trouble sleeping, and also cost her almost $1,000 to replace her door, not to mention hours of cleanup.

This was not an isolated incident in my district. In 2017, officers burst into the Far Rockaway home of Nigerian-American husband and wife Isaac Okoli and Millycent Atuegwu in the early morning, pointing guns at them and their children, tearing off Okoli’s sleep apnea device and rolling him to the ground, and startling Atuegwu out of bed. Officers claimed they found cocaine and arrested Okoli for possession. He insists officers planted the drugs, a practice a former NYPD narcotics officer admitted is common. Regardless, the Queens District Attorney quickly dropped the charges. The search warrant listed someone else with the name Okoli at a different address nearby, suggesting the NYPD went to the wrong home.

These raids have got to stop. The justification, that people would be in danger if officers were to announce themselves, does not hold water. Strangers unexpectedly bursting into someone’s home in the wee hours of the morning has just as much potential for disaster, if not more, for everyone involved.

For example, in March officers also raided the Queens home of Debra Cottingham, an African-American woman who is a retired correction officer and former NYPD staffer, in search of her boyfriend’s son who no longer lived there. Cottingham owns two legal firearms, which she could very well have discharged at the sound of intruders. Then there was the 2003 case of Alberta Spruill, a 57-year-old African-American woman with a heart condition, who died of cardiac arrest from the shock of NYPD officers breaking down her door and detonating a flash grenade. The officers were searching for drugs, based on an unverified tip, and found none.

Indeed, there have been many deadly incidents stemming from no-knock warrants: the New York Times found that at least 94 people across the country died in no-knock raids from 2010 through 2016. Of these deaths, 13 were law enforcement officers.

Unsurprisingly, these no-knock warrants disproportionately affect and target people of color. And before someone says, “Well that’s because they’re the ones committing the crimes,” consider the fact that law enforcement rarely uses them for white-collar suspects, who tend to be white people. And in a rare case where law enforcement does, like the FBI raid of Donald Trump associate Paul Manafort’s home, multiple legal scholars denounced it as excessive.

Why is it excessive? After all, one justification of no-knock warrants is that officers announcing themselves would prompt the suspect to destroy evidence, often citing that a drug dealer could start flushing contraband. Would the same not apply to a white-collar criminal, who could easily start deleting files and shredding documents in response to such a knock?

However, even this legislation is probably not enough. Given the NYPD’s track record of what the department calls “threatening,” one can only imagine what inventive excuses police would make to claim there is an imminent threat. We need legislation establishing a burden of proof greater than hearsay, such as weeks of surveillance, as justification for a no-knock warrant.

It is true that law enforcement needs tools at their disposal to keep us safe. However, one of those tools cannot be bursting into people’s homes in military gear based on a sliver of evidence. No-knock warrants are an affront to our Constitutional rights, and must stop in almost every situation. Because a home is meant to be a safe place, and the NYPD must recognize and respect that.