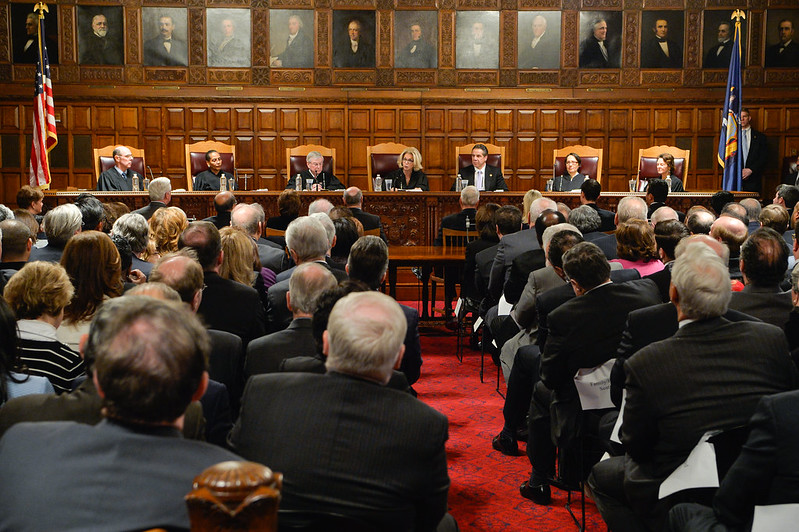 Even with Governor Andrew Cuomo’s announced resignation, New Yorkers must keep in mind that whoever is Governor has the power to appoint a judge to fill a looming vacancy on the Court of Appeals, New York’s highest court. And while Cuomo’s most recent nominations produced intense criticism and calls for the State Senate to deny confirmation, Cuomo is only partially to blame.

In 1977, New York voters approved a constitutional amendment that repealed elections to the Court of Appeals and gave the Governor power to nominate judges to the Court subject to Senate confirmation. This new process of judicial selection also spawned the creation of the Commission on Judicial Nomination. The 12-member Commission is comprised of four people selected by the Governor, four selected by the Court’s Chief Judge, and one each by the majority and minority leaders in the State Assembly and Senate. The Commission’s mandate is to vet applicants to fill vacancies, then send a list of potential nominees to the Governor. Critically, the Constitution requires that the Governor can only select a judge from the list provided by the Commission.

Even a cursory look at the most recent list of nominees forwarded to Cuomo reveals a Commission in need of an overhaul.

For the past several years, advocates, scholars, and even United States Supreme Court justices have called for experiential diversity in the judiciary; shunning the usual suspects of prosecutors and big law partners for lawyers with backgrounds and experience representing the most vulnerable.

New York’s Commission on Judicial Nomination sent Cuomo two lists of seven potential nominees to fill two vacancies this summer. None of those named had careers as civil rights lawyers, public defenders, or any other work that reflects a lifelong commitment to individual rights and liberties. And so, from that business-as-usual list, Cuomo nominated a longtime civil court judge and a career prosecutor who got her start in the oft-maligned Queens District Attorney’s office. Neither person has any meaningful experience representing people facing criminal charges, eviction, deportation, or anything similar.

The contrast with what is happening at the federal level is stark. Unlike New York’s Commission, the U.S. Senators with the power to recommend judges for nomination to the federal bench have heeded the call for a revamped judiciary by retooling their vetting process and forwarding to President Biden an unprecedented number of public defenders and civil rights lawyers. And, to his credit, Biden has followed through and nominated many of those people.

The failure of the New York Commission to forward to the Governor a list of candidates with diverse backgrounds is inexcusable, especially given its mandate, stated on its website, to “broadly solicit” applicants. With the large number of qualified social justice lawyers practicing in our state, only a commission intentionally wearing blinders could have ignored that vast pool of candidates.

New York Senator Chuck Schumer seems to have no such problem.

In just the past few months, the Majority Leader has recommended to the federal judiciary several New York lawyers who practiced at various stalwart civil rights organizations, including the Federal Defenders, the American Civil Liberties Union, the Office of the Appellate Defender, the Brennan Center, and the NAACP’s Legal Defense and Education Fund. Many other experienced lawyers at those and similar organizations stand ready, willing, and well more than able to serve as judges on New York’s high court.

The need for progressives on New York’s highest court is more crucial than ever. The current court has taken a markedly pro-prosecution turn -- it seldom agrees to review appeals from those seeking to challenge their conviction or sentence, and sides overwhelmingly with the prosecution in the few criminal cases it actually does accept. Furthermore, with a United States Supreme Court dominated by judges unsympathetic to voting rights, abortion, climate change, and the rights of the accused, there is an urgent need for New York judges willing to find greater protections for individuals in the state’s own constitution against practices that have overwhelmingly and disproportionately harmed individuals and communities of color.