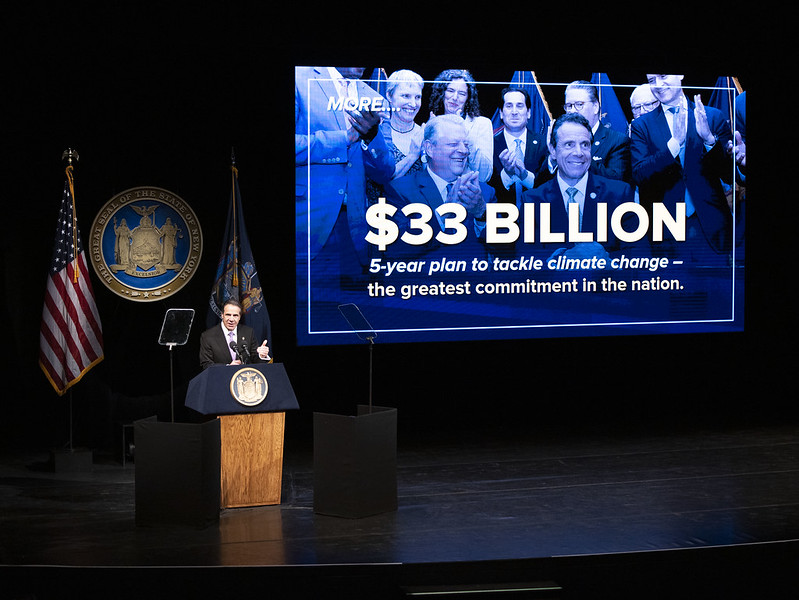 Governor Andrew Cuomo will soon be in the rearview mirror for New Yorkers as a result of his announced resignation on August 10, 2021, effective 14 days later. A fresh start will be a welcome relief for all New Yorkers. That is because, as we face 2022, everyone who seeks a government that strives for justice must take heed that the office of the Governor of New York is the most powerful public office in the state, and then some.

In the decade-long budget battles between former Governor George Pataki and the Democratic-controlled State Assembly in the ‘90s and early 2000s, the state’s highest court sided with the Governor in a decision that gave unparalleled leverage to the executive in budget negotiations. If a hard-right conservative wins the Governor’s office in next year’s election, that awesome executive budget power could put the brakes on and roll back New York’s broad movement toward equity in health care, public education, human services, and transportation.

Isn’t New York so “blue” that it’s far-fetched that a conservative Republican could win the Governorship? I would like to think so but anything can happen in politics. Democrats could nominate a weak, uninspiring candidate, or the Democratic voters might simply go to sleep, as happened in the 2010 and 2014 midterms at the national level. After all, 2022 is another midterm election. New York’s voter turnout history offers insights into just how feasible it is for Republicans to make a comeback, and understanding just how significant the Governor’s budget powers are is necessary to grasp the danger.

The Governor’s unique power is centralized in the Executive Budget, set forth in the New York State Constitution. It goes beyond even the common understanding that the Governor controls the instruments of government, the state agencies, the MTA and other public authorities, the State and City Universities (yes, the Governor appoints a majority even of the CUNY Board). In the State Constitution there is a “No-Alteration” clause that prohibits the Legislature from changing the language of appropriation bills of the Executive Budget. The Legislature can only strike such a bill altogether, or reduce the amount. It can add funds through a separate bill, but cannot change the language in the bill.

The Republican Party swept into power in 1994, gaining control of the U.S. House and Senate, and State Senator George Pataki defeated Democratic liberal icon Mario Cuomo to become New York Governor. Pataki proffered conservative budgets and policies, seeking to strip the Medicaid entitlement through block grants, cutting social welfare, fighting equity in urban school funding, and cutting taxes. Beyond cutting spending, he sought changes in substantive law like school aid formulas through the appropriation bills. The Legislature claimed putting a school aid formula into an appropriation bill usurped the law-making power. Dueling lawsuits against each other, Silver v. Pataki and Pataki vs. New York State Assembly, culminated in the 2004 Court of Appeals decision, Silver v. Pataki, with the other case folded in.

The Court of Appeals declared the “No-Alteration” clause was a hard and fast rule, and passing separate bills with changed language violated the Constitution. The Court also upheld changing the school aid formula in an appropriation bill despite claims this was an abuse of power. Several dissents from the majority opinion in Silver v. Pataki, arguing that putting law changes in the appropriation bills is abuse of power, gave pause to Governors on that subject in future budgets. Nonetheless, the overall decision vesting so much power in the budget bills enabled the continuation of what is now understood as the Governor’s “Take-It-Or-Leave-It” Executive Budget. That budget gives the Governor substantial leverage in negotiations over every detail of the budget, ending with the threat of blaming the Legislature for a shutdown of state government once the budget goes past its March 31 deadline for adoption.

Fortunately for New York’s overall social progress, George Pataki was gone at the end of 2006 and was succeeded by three Democratic Governors in a row: Eliot Spitzer, David Paterson, and Andrew Cuomo. New York had to undergo a tremendous recession in 2008-09 that forced many cutbacks, but the three Governors chose to exercise some restraint on potential abuses of power associated with the “No-Alteration” clause (although Cuomo tried tying school aid to student test performance and teacher dismissals, only to abandon that effort years later).

In 2020, the Year of COVID, Governor Cuomo was given immense flexibility to cut the state budget, only to see the Legislature use its Democratic supermajorities in 2021 and a Governor weakened by scandal to exert more power over the budget process. The Governor avoided a confrontation with the Legislature on enacting tax increases on the wealthy as a flood of Federal relief funds cushioned state finances. 2021 turned out not to be a moment for the Governor to test the limits of his budget power.

Those budget facts combined with a look at New York voter turnout — for gubernatorial elections 2002-2018 and presidential elections in 2016 and 2020 — help illustrate what will be at stake in the 2022 election. I add the votes of third parties like Working Families and Conservative into Democratic and Republican candidate totals since those parties cross-endorsed major party candidates:

New York is a “blue” state. Since George Pataki defeated Carl McCall in 2002, Republicans have not won a statewide election, including for Attorney General and Comptroller. Turnout plunged in 2014 to a low point of 3.8 million when Andrew Cuomo defeated Rob Astorino, reflecting an uncompetitive election and disinterest in voting for Cuomo among many progressive Democrats. In 2018 turnout surged to 6 million as Donald Trump became the main issue for Democrats, along with intense efforts in congressional and state legislative elections by the Democratic Party. But even the Republicans did far better than they had in prior years, reaching 2.2 million votes and exceeding Cuomo’s vote in 2014. Cuomo did well in 2018, with 60% and 3.6 million votes. Democrats win when they vote.

The Siena Research Institute offered a look at a generic Democrat vs. Republican vote in a May 2021 poll, even as they measured whether the public wanted Cuomo to resign. They included Attorney General Letitia James as a candidate as well:

Other questions in this poll indicated both James and Lieutenant Governor Kathy Hochul did not have strong name recognition. The generic Republican performed the same, 29%, vs. a generic Democrat as well as against Tish James. Siena estimated the New York City vote in the poll at 40%, above its historical strength in a statewide election. Although New York City turnout was strong in 2018 ( 34% ), historically the city turnout has been considerably lower, below 27% in 2014 and below 30% in previous elections. The surge in New York City in 2018 was the outlier. A return to poor turnouts in New York City, or other combinations of circumstances, could make the Republican Party very competitive in the upcoming gubernatorial election.

The last thing liberals and progressives should want in 2022 is to take victory in statewide elections for granted and risk returning the vast power of the state budget to a Republican Governor.