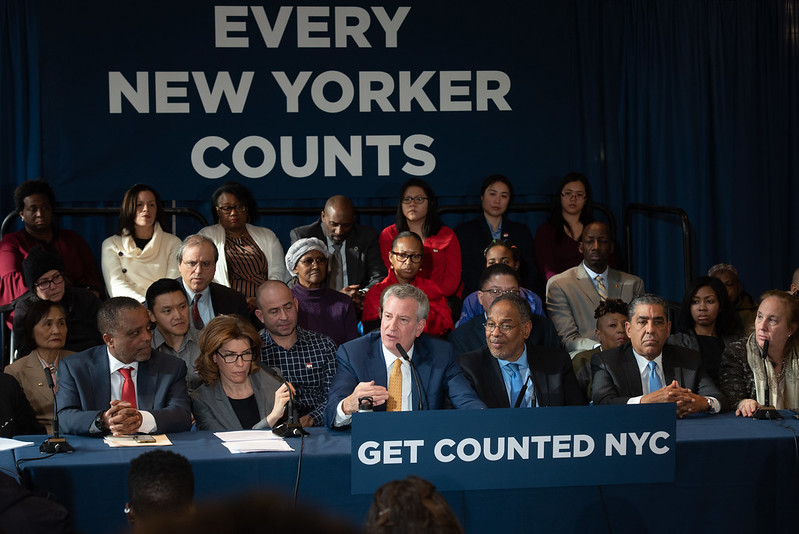 Despite concerns that the 2020 Census count in New York City would reflect a major minority undercount and leave out people who left because of the pandemic, we came out on top.

The results of the Census were outstanding for the region. After decades of alleged Census undercounts, the New York City saw its population grow by 7.7% since 2010.

And it’s even more remarkable given unprecedented challenges posed by the pandemic and the Trump administration. Census counting was delayed by several months. Then-President Donald Trump also tried numerous times to subvert the Census count by trying to add a citizenship question, later struck down by the U.S. Supreme Court after the administration failed to follow standard government procedures, though concerns over such a question led many immigrants to shun the Census over fear of arrest or deportation. Trump also cut short the Census counting period by several weeks and attempted to adjust the final state population counts for partisan purposes.

How did New York City do it? By coming together to get out the count.

Mayor de Blasio and the City Council committed $40 million to Census outreach efforts. Groups including the Association for a Better New York and the New York Counts 2020 coalition invested time and energy to grassroots outreach.

Also critical to the city’s Census “success” was the ability of the New York City Department of City Planning to add 265,000 housing units missing from the Census Bureau’s address lists so that every household would receive a Census form in the mail. This effort alone may have resulted in counting half a million city residents who might otherwise have been missed.

Every single one of these New Yorkers mattered. We cannot forget that the state lost two or three districts after each of the last three censuses, with one district lost this time because we came up short 89 people in the state population totals.

There are critical lessons that we must learn from how New York City was able to beat the odds and deliver a strong Census count, thanks to the heroics of grassroots organizers and city leadership.

The Census has now been politicized like never before, with the Trump administration openly attempting to sabotage the count. New York must keep the infrastructure we have developed in place for the next time, and add to it, especially at the state level.

Early planning and investment is critical, and we cannot wait until the year before the 2030 Census to get ready. Our governor, mayors, legislators, and other elected officials must invest in ongoing demographic studies to gauge population shifts. State and local complete count committees need to be organized several years in advance and must receive adequate funding.

It’s mind-boggling to think of how much better a Census count New York might have had if well-funded efforts ramped up much earlier. California invested over $90 million for Census efforts and helped stave off the loss of several congressional districts. Minnesota’s well-organized private-sector efforts helped prevent the loss of one congressional district by 26 people.

For the next Census, New York should be able to keep all of its congressional seats.

Right now, New Yorkers should turn their attention to the state’s new Independent Redistricting Commission, a body created by a 2014 state constitutional amendment that took the initial district line-drawing responsibility from the Legislature to make the process more transparent and participatory.

The commission, appointed largely by the state’s legislative leaders, recently completed a “listening tour” round of public hearings via the Internet to hear from New Yorkers on the kind of districts they want to see in place for the 2022 elections and through the 2031 elections. The commission asked for New Yorkers’ ideas on how to draw districts using “communities of interest,” basing districts on shared economic, social, religious, social, and other neighborhood factors. Other factors that must be considered include population equality and fairness to minority voters, compactness, contiguity, and partisan fairness. The criteria also suggest consideration of the cores of current districts.

The commission is targeting mid-September to release its draft congressional and state legislative maps. Another series of statewide public hearings will follow in October. New Yorkers should let the commission know what they think of the draft maps at those hearings before final maps are sent to the Legislature for approval or modification at the end of the year.

While we won’t know how the final lines will be drawn, for the first time in a long time, we know that the state’s population is more diverse and still growing at a time when it is most needed.

***
Jeffrey M. Wice is an Adjunct Professor at New York Law School and Senior Fellow at the school's Census and Redistricting Institute. On Twitter @JeffWice.