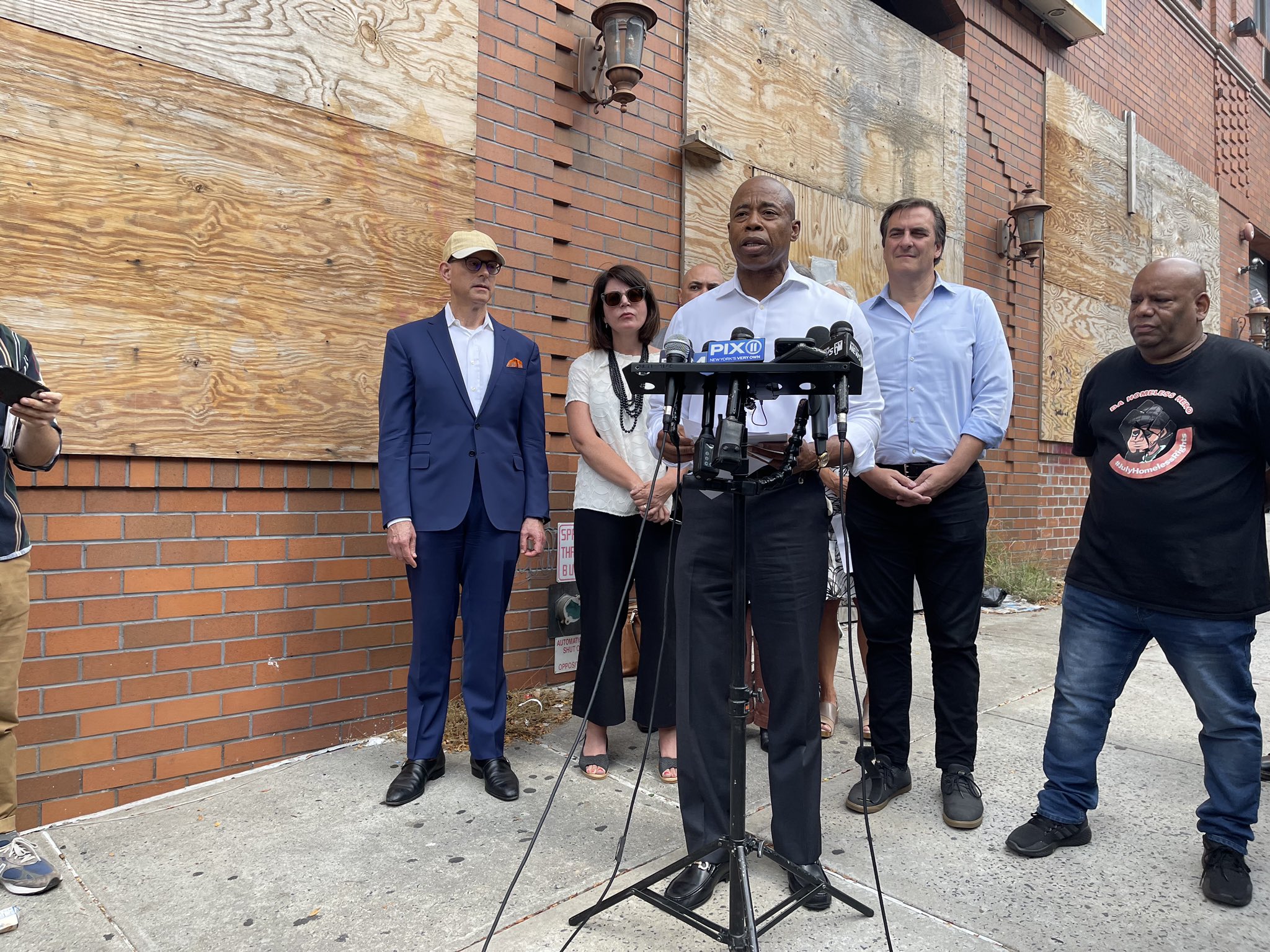 Mayor Adams recently unveiled an ambitious plan to help New Yorkers living on the streets and subways by expanding access to critical social services. In the 32 years Breaking Ground has worked with this population, it has become plainly clear that our homelessness crisis is a complex public health concern that requires multiple points of service delivery to be cohesive and collaborative.

But, in order to produce the outcome we need to help the city’s most vulnerable, we must match these services with more transitional and permanent supportive housing.

There are many barriers to attaining stability for homeless individuals living on the street, including severe persistent mental illness, chronic physical health conditions, and substance use disorders. A holistic 360-degree model – which includes housing and robust social services – that meets people where they are, both physically and mentally, is time-proven to enable large numbers of homeless individuals to attain permanent stability in housing.

There is a relatively quick, smart, and affordable solution to realize Mayor Adams’ plan: convert closed hotels into transitional housing (AKA safe havens), and permanent affordable and supportive housing in as close proximity as possible to where unsheltered men and women choose to make their lives out on the streets.

Midtown Manhattan, the city’s office and tourism center, is bearing the brunt of the city’s lack of housing to address the needs of unsheltered New Yorkers. As a result, concerns over homelessness and public safety are likely preventing other New Yorkers and tourists alike from visiting these areas.

If we’re serious about both helping our most vulnerable fellow New Yorkers and also recovering economically from the pandemic, we must focus on adding more transitional and permanent housing in tandem with robust services to this area of the city. During his campaign and since, Mayor Adams has expressed support for converting closed hotels into affordable housing, but it is important that he begins to implement that plan and makes Midtown a focus area.

We’ve been here before, and we have a proven model that works to effectively address the public health and safety situation the city is experiencing today.

In the early ‘90s, Midtown was riddled with the same issues of violence and homelessness. In 1990, Breaking Ground bought and converted as-of-right the former Times Square Hotel into 652 units of affordable and supportive housing for homeless and low-income men and women.

We anchored this building with a robust on-site social services program, which has consistently delivered crucial assistance to meet each resident’s needs -- from treating their chronic issues to getting access to healthcare and helping with job placement – and that has resulted in 98% of its residents remaining housed year after year.

The result of that conversion, which is the largest and most successful of its kind to date in the nation, was a catalyst to helping large numbers of people off the streets and into safe, permanent homes. The impact of this extraordinary deal helped lead to a resurgence of the Times Square neighborhood as a global center of tourism and business.

We can replicate that model today. Right now, the opportunity to buy closed hotels in the Midtown area is ripe but will soon slip away as these assets transfer to other private for-profit owners. The Paramount Hotel and the Hudson River Hotel are just two examples of existing, vacant Midtown buildings that could quickly result in several hundred homes for those living unsheltered on the streets of Midtown and others in need of stable housing with services.

These hotels already have the existing infrastructure, such as extensive plumbing lines, needed for residential development. They represent a rare and elusive opportunity to create affordable housing at a much lower cost and 50% of the timeframe for brand new construction.

Mental health and other social services are essential to treating individuals living on city streets, but without the housing where it’s needed most, we will be missing the piece of the puzzle that brings people off the streets and inside for the long-term.

Other communities across the United States are making headway with use of shuttered hotels to address their homelessness crises. Let’s reprise New York’s leadership in the use of the invaluable, outstanding real estate opportunity to again convert closed, empty hotels so that our city and its most vulnerable residents can not only recover from the devastation of these past years, but thrive.