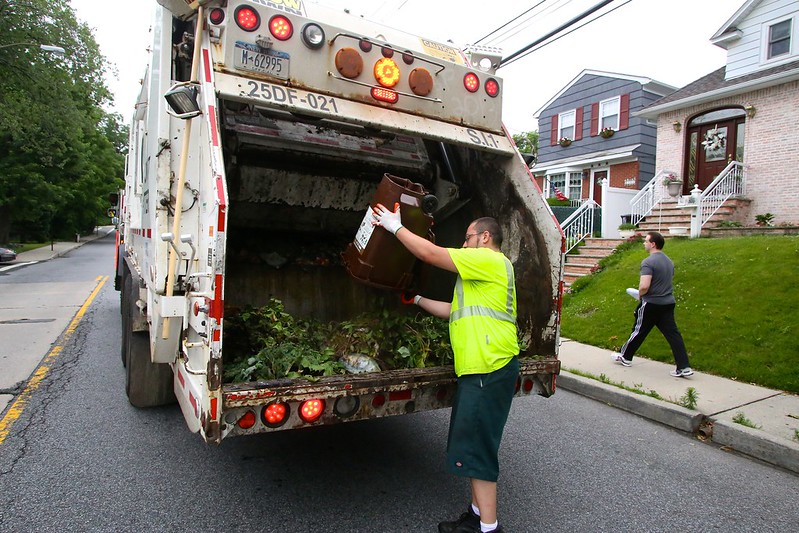 Last week was Food Waste Action Week in the United Kingdom and across Canada.

The focus? Reducing and preventing food waste, with a variety of programs supporting smarter purchasing and cooking, with the goal of attacking what nearly every household generates too much of.

By the (Canadian) numbers: 63% of the food households throw away is considered avoidable, meaning it could have been eaten.

In the United States, that amounts to millions of tons and billions of dollars wasted, with huge greenhouse gas emission and water-wasting impacts.

In New York City, the debate over managing our mountains of food waste is focused on how to put it in special containers, collect it in trucks, drive it for miles and process it into compost (which is the product, not the raw material), and deal with the inevitable contamination.

But the debate largely overlooks food waste prevention or reduction and recovery of edible food; after all, food’s intended purpose is feeding people, giving us the energy to do great things.

Since the early 1990s, the city has struggled with asking New Yorkers to separate their food scraps for weekly collection in a truck, or to take it to a drop-off site. While these efforts have their advocates and some success, the numbers don’t lie: these voluntary programs have failed to achieve critical mass in a city of 8.8 million people. Both the number of households and actual tons diverted from disposal are so far low.

As a consequence, Mayor Adams’ first budget plan proposes to suspend expansion of the restarted curbside collection effort beyond the current seven community districts. Other community-based and low-cost approaches – drop-off sites at green markets, for example – will continue to be funded so that options for dedicated residents will be available.

This ‘time out’ for course-correction has its precedents; even the city’s now-standard recycling system went through similar start-stop-start cycles during its first two decades, confusing the public and delaying the benefits of the complete, citywide program.

Now the question is what will be done during this time out to build back better, to borrow a phrase. Have we learned any lessons?

Some suggest the answer is to mandate separate collection and management of food scraps – adding a fourth container alongside those for paper and cardboard; metal, glass and plastic containers; and non-recyclable trash.

Most agree that the city needs a thoughtful comprehensive plan for dealing with all types of organics – food scraps, yard waste, Christmas trees, and even biosolids from wastewater resource plants. All options should be on the table, including promoting donation of edible food, more composting, and anaerobic digestion.

But the first step can be done even sooner: Mayor Adams and City Council leaders could launch this year a citywide campaign focused on preventing and reducing food waste from all sectors — households, schools, and commercial businesses alike. This campaign would raise awareness about the importance of preventing and reducing food waste and raise a shared sense of purpose and participation.

Fortunately, great models are in action – in London and Vancouver, among other places. Philadelphia is about to launch “Eat Away at Food Waste.” The results are astonishing – reducing avoidable food waste by as much as 20% in a diverse array of communities.

Everyone can help. Prevention programs also attract partners in ways that trucks don’t – food markets, food pantries, and other food-related businesses all share an interest in promoting prevention. All neighborhoods can participate and businesses, too, without worrying about truck routes, inclement weather, and other variables.

And it’s healthier – for the planet, for our pocketbooks, and our personal health. Making less food waste is a great way to save money, save water, and reduce greenhouse gas emissions, among other benefits.

Even better: reducing and preventing food waste takes edible food away from rats.

Putting the reduction and prevention of wasted food at the top of the city’s efforts would be the best possible use of this ‘time out.’