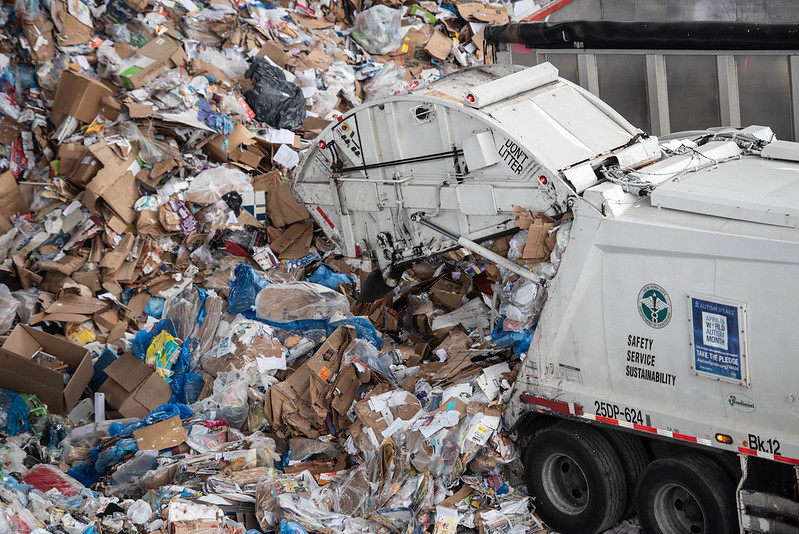 New Yorkers buy and order a lot of stuff. And all of that stuff comes in packaging, all too much of it plastic. So much stuff that of the 17 million tons of waste generated annually in New York State, 40% comes from product packaging and paper products – plastic containers, glass bottles, aluminum cans, cardboard, and other materials.

Across the United States, only 50% of PPP is recycled; in New York State, the rate of recycling for PPP hasn’t changed in nearly 20 years. And while the financial and physical responsibility to properly dispose of and recycle these products falls on and has been growing for local governments and taxpayers, there has not been a meaningful reduction in the amount of waste that goes to the landfill.

That’s why we must shift our waste system that heavily relies on reactive measures to one that takes a proactive approach to materials management.

Extended Producer Responsibility (EPR) shifts the responsibility of the post-consumer stage of a product back to the producer. It provides environmental benefits by boosting recycling rates; building the market for post-recycled content — building a true circular economy — and providing community benefits by alleviating the burden of recycling for municipalities, allowing them to invest more resources back into the community.

New York loses around 860,000 tons of potentially recyclable materials every year, the equivalent of only 20% of people utilizing recycling programs. However, in regions where extended producer responsibility has been instituted, that number has jumped to 70%, driven by ease of access.

Earlier this year, Governor Hochul included EPR legislation in her executive budget to take the pressure off of municipalities and put it back on producers. A version of this EPR legislation sponsored by State Senator Todd Kaminsky was also included in the Senate’s one-house budget, but not in the Assembly’s.

The proposed Extended Producer Responsibility Act would place the responsibility of dealing with product waste on producers rather than municipalities, who have long been overwhelmed with the scale of waste they have to deal with. If passed, EPR will reimburse local governments for the expenses of collecting and processing recyclables, while requiring producers to pay for the collection and recycling of the packaging materials they distribute into the state. Outside of New York City local governments currently pay $80 million per year to keep recycling programs going.

We all know that before we get to recycling we should reduce and reuse first. Sustainable waste management starts with products that are more durable, less toxic, less resource intensive to make, and, when the end of their useful lifetime finally comes, more recyclable. That’s why successful EPR programs use what are called eco modulation fees to incentivize producers to price in sustainability. This means that regulated entities that produce less total packaging waste, pack their wares in easily reusable packaging, and use higher amounts of post-recycled content pay less into the program, boosting their bottom line.

The EPR proposals being debated as part of the New York state budget would also ban toxic chemicals like PFAS in packaging materials.

EPR is already a familiar concept to New Yorkers — we use it for electronic waste, car tires, and soon, paint and pharmaceutical drugs. While EPR for product packaging and paper products was authorized by a first U.S. state, Maine, last year, it has been used in Canada and the European Union for years.

Now New York has a chance to build on those models and authorize a stronger EPR for packaging in time for Earth Day. Governor Hochul and the State Senate have proposed EPR legislation as part of the budget. Now we need the State Assembly to negotiate this bill as part of the adopted budget due by April 1.

***
Julie Tighe is President of the New York League of Conservation Voters. On Twitter @julietighe17 & @nylcv.