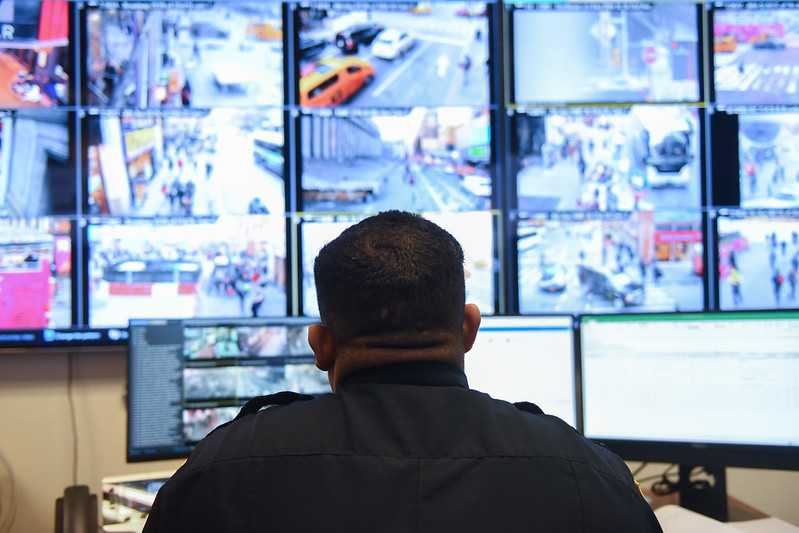 They had been planning for this moment for years, for decades, the moment terror took to the train and targeted the beating, rumbling heart of our city. Even prior to 9/11, but especially in its wake, NYPD officials called for billions in investment to prevent and respond to an attack on underground commuter arteries, and they got every penny they wanted. Money poured in to monitor, record, and remember seemingly every aspect of our commuting life, and when a gunman made the unthinkable carnage inescapable, unleashing a torrent of bullets on a packed subway car, the surveillance state failed.

All the sensors and social media monitoring in the world couldn’t stop a deranged man with easy access to a gun. Even worse, key cameras failed. After all the money wasted on facial recognition, cell-phone tracking technology, social media monitoring, and transit analytics, there’s no evidence the tech actually helped.

While the MTA has spent tens of millions on new camera systems for every subway station in recent years, the shooting wasn’t even recorded. And in the subsequent finger pointing between the MTA and NYPD over the attack, it became clear that we never needed the Orwellian dragnet to begin with. It was analog evidence, not high-tech tracking, that cracked the case, with officers quickly running the serial number and ownership history of the gun at the crime scene. But that was just the start.

NYPD cameras, license plate readers, and other tracking tools scoured the city for clues, hoping to find the fleeing gunman. But none of those systems helped. Instead, it was a wanted poster and a tip line that were his undoing. A neighbor and witnesses called in tips and police responded, that’s all.

But rather than acknowledge the systemic failure, state and local leaders promised to double down on the broken status quo. They told us that the safety solution was only more money for unproven and error-prone technology. In the face of troubling facts, we got only more magical thinking, with Mayor Adams saying, “We’re going to be introducing some new technology that we believe could assist us.”

That “new technology” is actually just a familiar one in high-tech clothes: metal detectors. Last week, the mayor confirmed that the city was considering weapons scanning systems from the Massachusetts-based vendor Evolv. While Evolv promises to be different from the metal detectors of the past, the reality is the core of the technology is no different, measuring the magnetic response of items inside. While the stale tech may be gussied up with a new artificial intelligence overlay, it still often can’t tell the difference between a laptop, umbrella, and handgun. The choice is setting the sensitivity high enough to constantly stop and frisk New Yorkers for everyday objects, or lower it to the point where most handguns get through.

We continue to be told the fairy tale that technology can somehow keep us safe, predicting who’s a threat to protect the innocent and punish villains. The policy may be dressed up in the rhetoric of science, but it is truly science fiction, pseudoscience salesmanship to promote products that make vendors billions while leaving millions of New Yorkers at risk. We want so desperately to believe it will work next time, even if it means ignoring the failure right before our eyes.

And the harms go far beyond surveillance’s failure in times of crisis, it also puts New Yorkers at risk; not simply an overblown, Orwellian response to low-level offenses, but a system ripe for abuse. The technology that has proven itself inept at stopping terror is quite effective at targeting the unhoused, creating an intelligence nerve center to monitor the movements of New York’s neediest. And this is hardly an exception. Technology that is rolled out in the name of combatting terrorists, stopping sexual abuse, and other grotesque acts is oftentimes retooled to promote politicians’ pet projects.

Soon, widespread use of metal detectors will be more than New York’s latest production of surveillance theater, they will tech wash the newest expansion of broken windows policing. Want to target a station used mostly by people of color, it’s easy, just change the detector settings. When metal detectors can be told to mislabel so many household objects  as a threat, police can gain a pretext to stop and frisk anyone they choose. And when people speak out, when they complain of the invasion, humiliation, and discrimination, we’ll be told “there’s nothing to complain about, we’re only listening to the machine.”