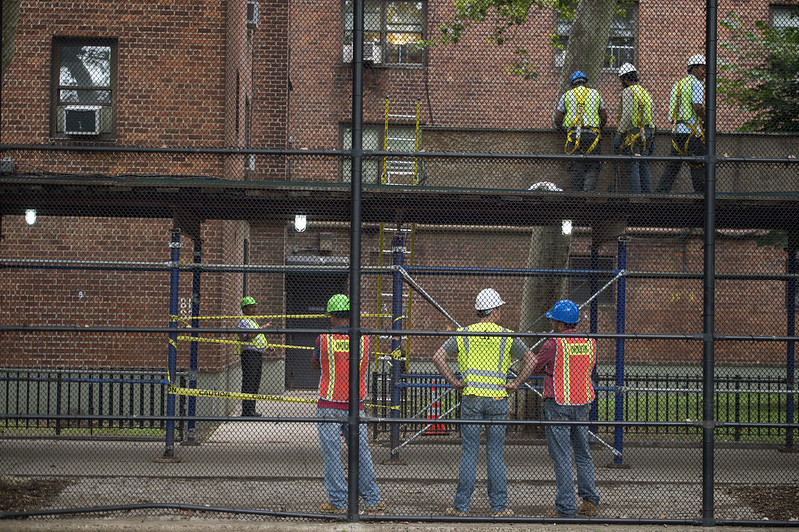 The cost to build in New York can be 10 times more expensive than in neighboring New Jersey or Connecticut. It’s a reality that’s hurting our economy, especially Minority and Women-Owned Business Enterprises (MWBEs) in the construction sector, at the worst possible time.

The Empire State’s unaffordability factor begins with the massive, state-imposed cost-of-liability insurance, a result of the 137-year-old Scaffold Law.

To bid on any construction project in the public or private sector, a contracting firm in New York is held to a strict liability for whatever accident occurs for any reason—even if a worker jumps off a ladder.  There is only one question: How much does the contractor pay?

The costs here are astronomical and out of line with the 49 other states. In New York, the cost of insurance is $41 per square foot compared to $3 in Connecticut and $4 in New Jersey. Is it any wonder why firms are moving there, or why there’s always such a housing shortage and affordability crisis in New York?

Now, with a market downturn looming, there’s well-meaning legislation on the desk of Governor Hochul that will, if not amended, worsen the problem considerably, especially for MWBEs and small businesses.

In trying to solve the very real problem of having an ineffectual law on the books, legislators have gone too far in the other direction. If Carlos’ Law is signed by Governor Hochul without being adjusted, it will have a punitive effect on contractors in the state, putting New York, and its $40 billion per year construction trade, at further risk of a recession.

As the Building Trades Employers Association expressed in a June 30 letter to the Governor, there are easy ways to make Carlos’ Law workable for both employers and employees:

With some minor changes, Carlos’ Law would act as a deterrent against unscrupulous contractors without punishing the upstanding ones. Instead of keeping MWBEs at arm’s length, it would embrace them. It’s hard enough to build in New York. Let’s do it, together, the right way.