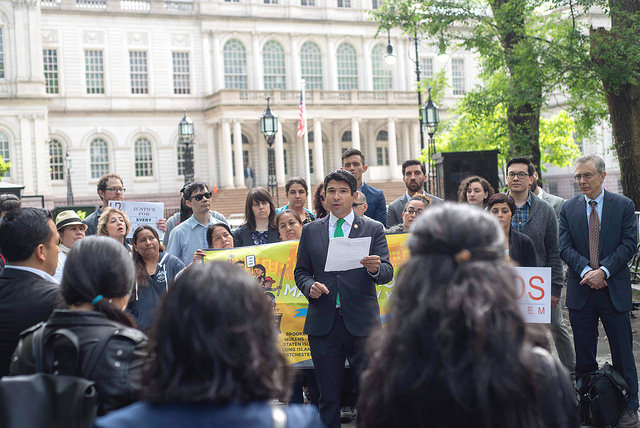 Many people are wondering whether rapid advances in communication technology will improve or degrade American democracy. Last decade, the answer seemed to be: improved! Wikipedia’s growth showed us the unimaginable “wisdom of the crowd,” WordPress made it possible for the world’s smartest people to share their thoughts with everyone for free, and Google was quickly “organizing the world’s information” for the benefit of all. Democratic utopia, here we come!

Now, the narrative has shifted and it appears to many that technology is degrading democracy. Twitter is an addictive cesspool of fake news, trolling, and hypocrisy. Facebook is selling user profiles to the highest bidder, who then use them to manipulate us in remarkably effective ways. Uber, Amazon and myriad other “startups” are automating away the economy we’ve known. To many in the United States, the future looks like some combination of Terminator, Idiocracy, and Wall-E.

Fortunately, the negative visions of today are just as myopic as the positive ones of yesterday, and the lucky few who’ve been invited to the upcoming vTaiwan Open Consultation & Participation Officers Training will shortly understand why. This unique two-day event, being held June 11 and 12 in Midtown, will be the first English-language training delivered by Audrey Tang and members of the team that successfully implemented radically effective participatory democracy programs at the federal level in Taiwan.

Invitations have been sent to New York City Council members, city employees deeply engaged in work related to citizen feedback generation and analysis, and nonprofit staff that do technology-enabled community organizing. The public is invited to attend a post-training afterparty where Tang and the vTaiwain team will be available for schmoozing.

To understand why Taiwan’s participatory democracy programs are so interesting we have to look at their history, which for the sake of this article begins in 2014 with the Sunflower Movement, an Occupy Wall Street-style social protest that fueled a movement for genuine, participatory democracy. The movement occupied the Taiwanese legislature, turned on livestreams, and showcased the type of consensus-based decision-making participants and supporters wanted the government to implement.

The public was captivated by the movement and supported participants’ demand for the creation of a “Digital Ministry” to facilitate and further develop the type of participatory decision-making systems they were using. After a month-long occupation of the Taiwanese legislature, the government capitulated and appointed a movement leader, Tang, as “Digital Minister” with the stated goal of “helping government agencies communicate policy goals and managing information published by the government, both via digital means,”

Over the last four years, a constellation of participatory democracy programs has emerged. vTaiwan is a public consultation process that uses a wide range of online and offline tools and techniques to bring the public through an ORID-style process that results in a clear directive to the Taiwanese government about what should be done.

To date, 25 national issues have been discussed through the vTaiwan open consultation process, and more than 80% have led to decisive government action. The Participation Officer’s Training Program helps civil servants within diverse departments leverage insights from the vTaiwain process, as well as from Digital Service Organizations from around the world, to make their government agencies more open, horizontal, transparent, and responsive to the public.

These two approaches: vTaiwain for public participatory and PO trainings for government employees, offer an increasingly holistic vision of a technology-enabled democratic future we can all be optimistic about. And it’s coming to New York City -- and the English-speaking world -- for the first time.

Balkind is the executive director of Sarapis, the nonprofit fiscal conduit for this event. Any profits from the event (none are anticipated) will be reinvested in participatory democracy work in New York City.