June 09, 2018 | by Carlos Menchaca and Daniel Dromm
Twitter
IT news 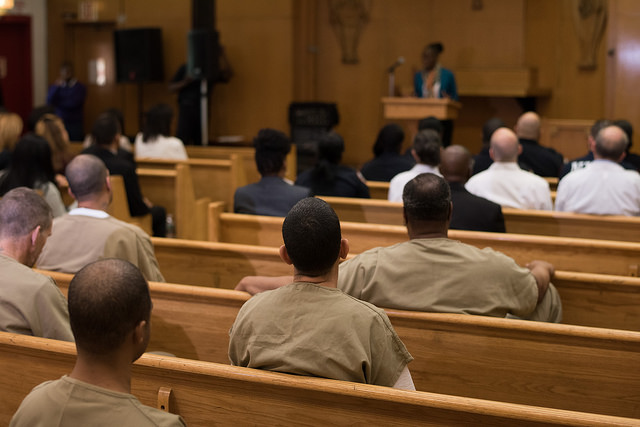 Under the Trump administration, we are seeing escalated attacks against immigrant communities across the country. Raids, workplace sweeps, and the detention of Dreamers, asylum seekers, and other immigrants have led to the daily separation of families.

More than any other city, New York City has been proactive in responding to these attacks. At the center of our efforts to support our immigrant community is the New York Immigrant Family Unity Project (NYIFUP) — the nation’s first universal legal defense program for immigrants facing deportation.

Over the last four years, NYIFUP has set the national standard for protecting the due process rights of immigrants and keeping families together.

Research shows that detained immigrants with access to legal counsel have a 48% probability of success in immigration court, as compared to 4% without access to counsel.

Moreover, the New York City Council has made significant investments in complementary initiatives, including providing representation to immigrant children, survivors of domestic violence, asylum seekers, and those applying for U.S. citizenship.

Our comprehensive legal services effort ensures income is not a barrier to obtaining quality, trustworthy representation for many immigrants at risk of deportation.

Unfortunately, Mayor de Blasio has dangerously limited due process to many more at risk of deportation by quietly implementing a policy that excludes immigrants, including veterans, with certain convictions from qualifying for representation through our legal defense programs.

New York City already mandates universal appointment of counsel in Family Court and Housing Court. Appointed counsel in those courts is based on financial need, not on a person’s criminal record.

A criminal record may, at times, be a factor for a judge deciding the merits of the case, but it’s never a factor in deciding who deserves an attorney. We must have the same standard in our immigration courts that we do in family and housing.

Elected officials, especially those who proclaim a progressive identity, should not fuel the nation’s deportation machine by limiting due process at a time like this.

Instead, we have a duty to do everything in our power to ensure a level playing field in a system that is heavily weighted against people of color and immigrants, who all too often are ensnared by a system set up to criminalize them.

The mayor’s approach is dangerous. We reject his exclusionary policy and urge him to restore our legal services programs to universal representation models without discriminatory exclusions.

Our legal services programs do not determine who gets to stay in the country and who doesn’t — that is the role of our courts. Instead, our publicly funded programs help immigrants understand the proceedings they are in, as well as their legal rights and obligations.

Making certain individuals ineligible for legal services strips them of a meaningful opportunity to have their day in court — leaving immigrants subject to deportation to countries where their lives may be at risk and allowing for the senseless separation of families.

We would do well to remember the words of retired Immigration Judge Paul Grussendorf, who explained, “it is un-American to detain someone, send them to a remote facility where they have no contact with family, place them in legal proceedings where they are often unable to comprehend, and not to provide counsel for them.”

U.S. Supreme Court Justice Louis Brandeis once said that states are the laboratories of democracy. We add that cities are the spark of genius that drives innovation in our democracy.

New York City has led the way in protecting the rights of immigrants. We must expand on that progress — not turn back. Other cities across the nation are looking to us as beacons of progress.

As descendants of immigrants and LGBTQ members of the New York City Council, and as New Yorkers, we are committed to eradicating inequality, discrimination, and barriers to fairness in our great city.

We are committed to universal representation and due process for all immigrant New Yorkers.

Justice is on our side.

***
Carlos Menchaca and Daniel Dromm are members of the New York City Council, representing parts of Brooklyn and Queens, respectively. Menchaca chairs the Council’s immigration committee, while Dromm is chair of the finance committee. On Twitter @cmenchaca and @Dromm25.