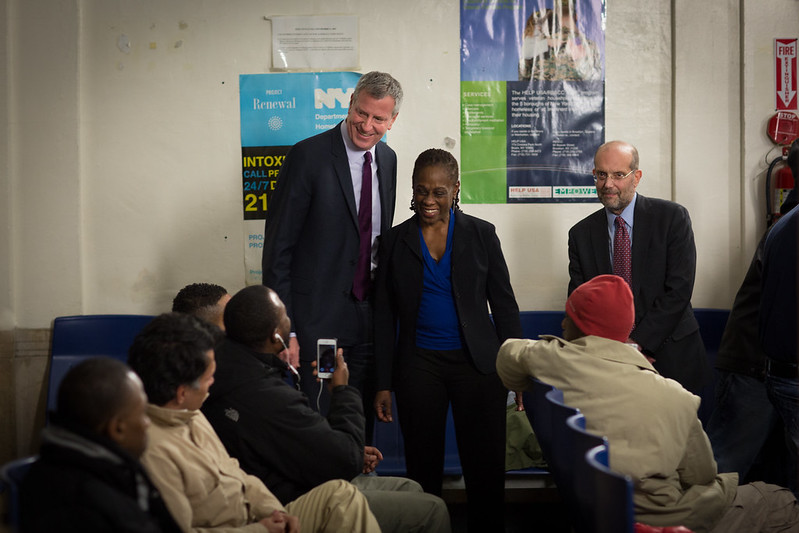 Last week the City of Newark sued New York City over New York’s placement of more than a thousand homeless individuals and families in Newark, through the city’s Special One Time Assistance (SOTA) program. Under the program, New York City employed private brokers to find homes for the families in New Jersey and elsewhere, and, without checking to see if the homes were habitable, paid a full year’s rent in advance and left families to live there. The result was thousands of families sent out of the city into homes that were uninhabitable.

The Newark lawsuit, which details instances of lack of heat and vermin infestations, sought to prevent New York from “coercively relocating” any future families via the SOTA program. Newark’s brief goes on to object to New York’s “ill-conceived, surreptitious efforts to shift the burdens associated with the homeless to other communities in this nation.” In court on Monday, New York agreed to a temporary halt to the program in Newark, but the lawsuit continues.

As to the first trend, New York City’s recent history in providing unsafe housing for homeless people is distressing. During our time running New York City’s Department of Investigation we did two Reports outlining the deplorable conditions at New York City shelters. Those Reports detailed fire and safety hazards, dead vermin in bedrooms, widespread prostitution activity, and a lack of essential services.

The second, equally disturbing trend, is New York’s continued outsourcing of government programs without proper oversight. While at DOI we witnessed the tendency of New York City agencies to hire private vendors to provide essential services yet fail to: one, set standards for the work to be done; two, supervise the agencies; and three, take action against contractors who neglected to carry out their requisite functions.

For example, one DOI investigation found that while the city’s Administration for Children’s Services hired private providers to carry out certain ACS functions, ACS failed to take action even after learning that some of these providers were not performing up to standards and were putting children in harm’s way. Indeed, ACS continued to pay these providers for dangerously inadequate care.

Similarly, for years, the City’s Department of Correction hired a private company, Corizon Health, to provide health care services to inmates in city jails. Corizon neglected to screen and manage staff, creating a series of dangers without effective oversight from the city.  A report from DOI that exposed the problem finally forced the city to remove Corizon.

City government’s mishandling of SOTA combines both trends with the worst possible outcomes. Not only did the city outsource its problem – hiring private brokers to find apartments – but by sending the families to other jurisdictions, and refusing to provide those jurisdictions with the identities and locations of the families, they made oversight impossible.

In theory, getting homeless families housing in New Jersey, where rents are cheaper, is not inherently wrong (regardless of whether the motivation is to get families off New York City’s rolls or some other greater good). But doing this without checking to make sure the housing is habitable and refusing to tell the New Jersey localities who has been placed in their jurisdiction, is unacceptable. Only the filing of a lawsuit forced New York to provide Newark with information on the families’ locations.

This goes beyond a failure to set standards and supervise outside contractors. Here, when New York sent these families to Newark and paid the private landlords for a year in advance, New York gave up the ability to have its own agencies make sure the housing was habitable and it failed to give New Jersey that opportunity. The end result was that New York had less money -- having sent it to landlords who provided deplorable housing -- and Newark, not aware of where the placements were, was unable to fix the problem.

Going forward, if New York is to continue sending homeless families out of state – and, it appears that it plans to do so – at a minimum the city must properly check the habitability of all dwellings, stop paying for a full year in advance, and coordinate with the other jurisdictions, providing them full information and cooperation. Anything less is not an anti-homelessness program but a dumping of responsibilities.

***
Peters and Brovner are the founding partners of the law firm Peters Brovner LLP and were, respectively, the Commissioner and First Deputy Commissioner of the New York City Department of Investigation from 2014 to 2018.