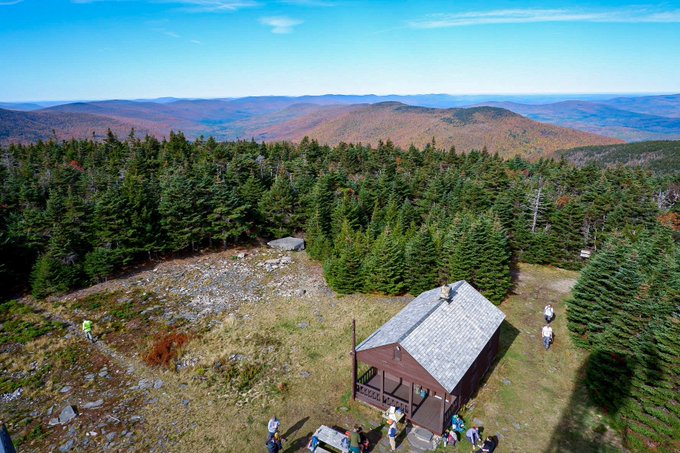 The Catskills from above (photo: @CatskillCenter)

Albany’s budget is tough this year, with an unprecedented $6.1 billion gap to close. New York State has adopted the nation’s most ambitious climate change agenda, which will cost $33 billion over five years, and Governor Cuomo proposes keeping the State’s Environmental Protection Fund (EPF) at a record $300 million.

State funding has helped ramp up Catskills tourism to 12 million visitors a year and counting (currently more than the Adirondacks  and roughly twice the visitorship of the Grand Canyon).  Last year Lonely Planet named the Catskills one of the Top 10 Best Regions for Travel.

Even with New York’s other world-class industries, as the state's third-largest employer, tourism is key. In the Catskills, tourism generates $1.3 billion a year in direct spending, $161 million in state and local taxes, and supports 18,500 jobs. These numbers are growing fast, with an 11.3% jump in 2019 Catskills tourism over 2018.

The Catskills are a unique part of the world: pristine forests, abundant wildlife, vital waterways, unique communities, and unparalleled recreational opportunities—all within an easy drive to New York City, which gets most of its drinking water, some of the nation's purest, from Catskills reservoirs.

Every year I help lead a coalition of several dozen local groups and volunteers to Albany for Catskill Park Day, where we make the case to state legislators and the governor’s office for directing funding to the Catskills. In 2015 we obtained $500,000 in the DEC’s “Aid to Localities” budget, which paid for new trails, access improvements, and parking areas. In 2016 the Assembly's budget included $4 million for the Catskills in the EPF, but it was zeroed out in the final budget negotiations. The next year, we secured over $15 million in state funding.

This year, we asked Governor Cuomo to increase the overall EPF and allocate $15 million in his budget to manage and grow Catskills tourism through infrastructure improvements, fund the Catskill Visitor Center, install renewables in the region, conduct local research on invasives and Lyme disease, and support economic development of Catskills towns.

Although the governor understands the need to invest in the region, and included some of the coalition's requests in his executive budget for next fiscal year (FY2021), this legislative session will be the acid test of whether this kind of spending can survive the budget process.

Some will ask if we can afford to invest in the Catskills given the $6.1 billion gap. But the region is a key environmental resource, an integral part of the fight against climate change, an engine of tourism and upstate economic growth, and contributes to what makes New York unique. The question ought to be, can we afford not to?

***
Jeff Senterman is the Executive Director of the Catskill Center. On Twitter @JeffSenterman & @CatskillCenter.