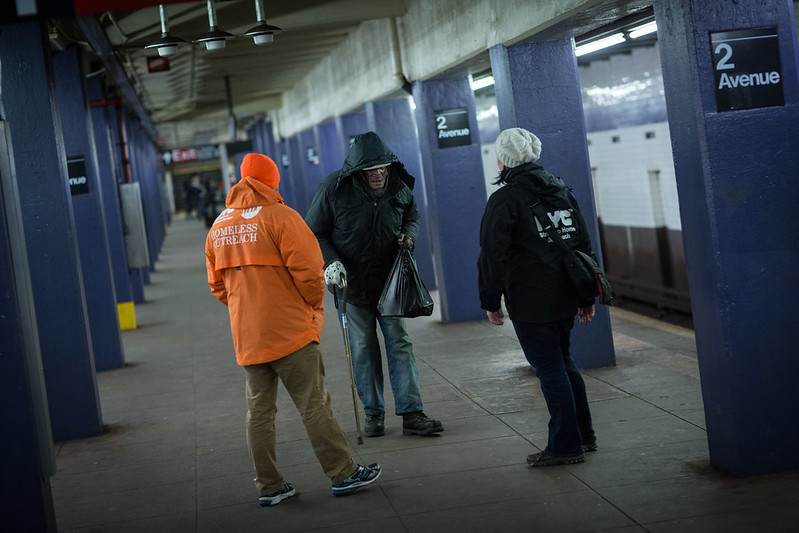 As the city has been focused on the coronavirus crisis the attention concerning homeless people has been the growing number of them in the subway system, it is time we examined what is happening within the vast and very expensive shelter system that is costing $2 billion a year.

As a former Deputy Commissioner with the New York City Department of Homeless Services I can tell you that there are three types of shelters. There is the single adult system, the adult family system, comprised of two adults without children, and the families with children system.

According to the latest report from the Department there are nearly 57,000 total individuals residing in the shelter system, 37,000 are adults and 20,000 are children.

There is some good news: the number of families with children is down 7% from the same time last year and over the past six years this number is nearly even (now: 11,250; then: 10,900). There is less good news in the adult family shelter system where we have 2,416 people residing now compared to 2,495 at the same time last year. While that number is down slightly from a year ago, the present number is 28% higher than it was six years ago.

The city is spending an average of $125 a night to house single adults, but this number, which is already the result of a high number of clients residing in overflow hotel rooms, is growing rapidly. The expense will skyrocket after the city finishes paying for the additional 7,000 rooms it is now renting to stop the spread of the coronavirus, which might not have been necessary, to such an extent, if the shelter system was not so severely overcrowded. Individuals residing in congregate shelters are being moved to hotel rooms, often two to a room, in the effort to limit the spread.

If you are wondering why the single population is up by 70% over six years, during which time the city has had a very low unemployment rate, one of the reasons is that the state has been dumping 4,500 newly-released prisoners directly into the shelter system each year. This transfer of prisoners from the care of the state into city shelters must be curtailed immediately. The state must do a better job of discharge planning and establishing a large system of halfway houses.

The average length of stay for those in the single adult system is up significantly and so after the pandemic the city should consider going back to the Work Experience Program, where healthy clients would be required to do 20 hours a week of community service such as cleaning a public park or the grounds of a public housing development.

Another way to reduce the number of single adults in the shelter system is to set up an eligibility review process similar to the one used in the family system. New clients should be questioned as to whether they have any other alternative living arrangements and if so be denied entry, which is reserved for those who are without any other means of shelter. The Bloomberg administration attempted to do this some 10 years ago but the City Council shot it down. However, the times have certainly changed with this terrible virus and its fallout, whereby a million New Yorkers have or are estimated to lose their jobs, and city government is expecting a drop of roughly $9 billion in tax revenue between this fiscal year and next. As a result, Mayor de Blasio has talked about laying off essential city employees and slashing billions in city spending.

Another efficient and very effective way to reduce the homeless population in unacceptable shelter circumstances is to provide supportive housing to single adults who need it. I ran two supportive housing programs where shelter residents have an apartment with social services. Unfortunately, the city and state are at a 14-year-low on making such placements. The inability of Mayor de Blasio and Governor Cuomo to work together on a new “New York-New York agreement, like their predecessors did three times, has resulted in many units being promised but few actually funded and opened. In fact, ten years ago twice as many single adults living in shelters were placed into supportive housing as compared to now.

As COVID-19 continues to ravage our population, it is ravaging our city economy and budget, and we must not continue to conduct business as usual when it comes to spending on homeless services. We must think differently and try better ways to meet the needs of those in need.

***
Robert Mascali is a former Deputy Commissioner at the New York City Department of Homeless Services and Vice President for Supportive Housing at Women in Need.