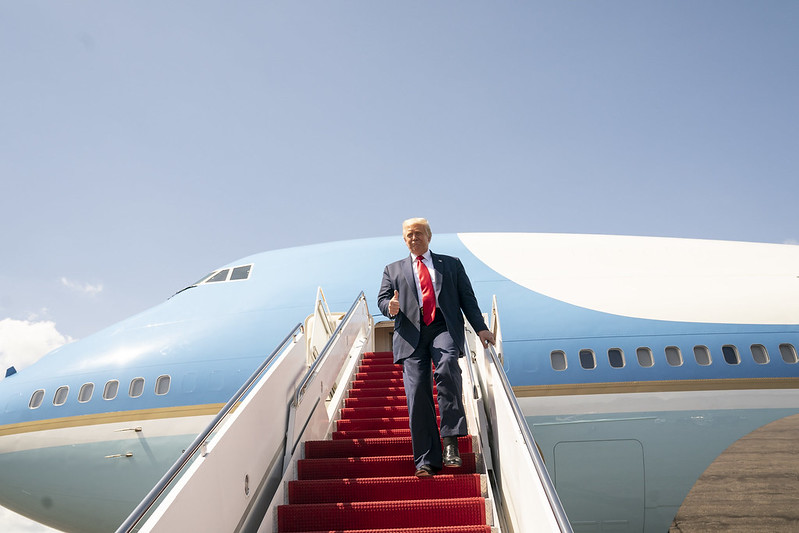 In January 2018, President Trump disparaged African countries and Haiti by referring to them as “s---hole” countries. He asked why the United States would want more immigrants from these debilitated economies. Given the president’s comments, there is some amount of irony in the fact that the United States appears to be on track to join the same list of countries that he referred to. As a tweet by Jasmine Tyon aptly described it, the U.S. is a third-world country with a Gucci belt. You may not see it yet, but it is quickly becoming a failed state.

Additionally, sentiments expressed by the president notwithstanding, our country isn’t heading towards failed statehood because it allowed entry to immigrants from under developed nations.

Some would argue that race -- in terms of Trump, racism and white supremacy -- has a lot to do with the United States’ march toward failed statehood. The fact remains that immigrants from under-developed nations have little to do with the failure that Trump has led this country to.

There are a number of factors that precede failed statehood. My focus here is accountability — in this case, the lack of it.

A failed state is a country with a political economy that has become so dysfunctional that it can no longer function properly. Even if it appears to display functionality, it is not considered legitimate, and that is precisely what is happening to the United States.

The federal government has many parts to play, but of the responsibilities entrusted to it, the two most essential are both intricately linked to accountability.

The first responsibility is to ensure appropriate segregation of powers so that we don’t end up with a King (having a Queen is unlikely, since as an enlightened, first-world country, the U.S. is still a long way from electing a female president). Even at this point we find ourselves under President Trump, we are unlikely to end up with a King because one cannot be a King while simultaneously abdicating accountability. We currently do not have a King, a Queen, or even, really, a President.

What we have is an aspiring despot — a ruler whose wish is mostly Congress’ command; a tyrannical, oppressive autocrat.

The second most central responsibility of the federal government is to ensure that the rights of U.S. citizens and, yes, undocumented persons alike, remain protected. How protected do you feel these days?

Trump denies the role he has played in leading one of the world’s superpowers to imminent disaster. From the Mueller findings on obstruction to the impeachment offenses to personally benefiting financially from his government position to introducing his Muslim travel ban and creating racial unrest to the ill-equipped and deadly responses to Hurricane Maria and the COVID-19 pandemic, the list of Trump’s failures is impossibly long and, thus far, with zero accountability attached to it.

In the case of failed states, the ineffective organization of political communities permits powerful individuals to skirt their duties and avoid accountability. That’s what is happening to the United States. American politics has become entrenched in tribalism and sectionalism. This has played an essential role in shaping the United States into a failed state. Individuals are no longer restrained by notions of basic morality. Cruelty gets normalized and combatants become increasingly inclined toward corruption. If this continues, the U.S., I advance, will finally be declared the failed state that our president wants it to be, so he can consolidate power to himself.

It’s not too late, though. We are still a democracy. As people, we have the power to elect our next leader. If we don’t vote to install a new government that respects the appropriate segregation of powers and works to ensure that the rights of U.S. citizens and undocumented persons are protected, then we are equally accountable for what happens next.

Come the fall election, you can either shun your responsibility or accept it as an obligation to your country. If we act decisively, we may still be able to reverse our rapid transition to failed statehood and begin to rebuild this country.

***
Lessie Branch is an Associate Professor at Metropolitan College of New York; author of Optimism At All Costs: Black Attitudes, Activism, and Advancement in Obama’s America; and co-host of HERe ME Podcast. On Twitter @LessieBBranch.