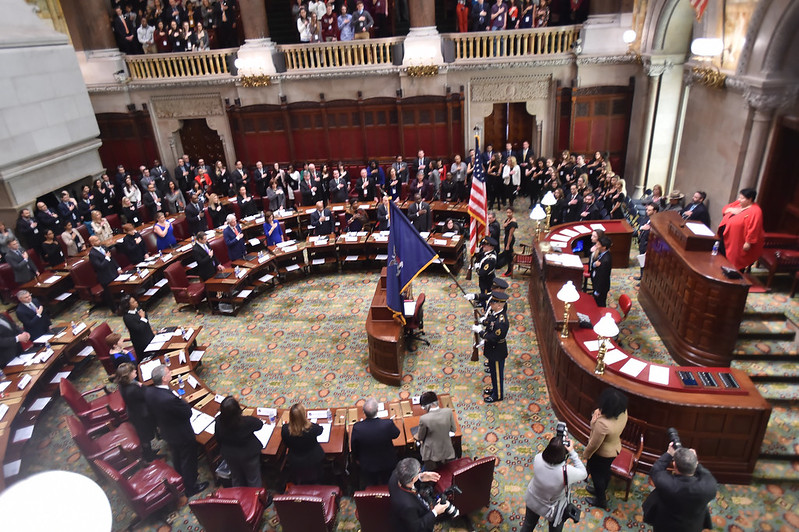 The presidential election will no doubt get most of the political ink between now and Election Day, November 3, but it’s important to remember that candidates for the state Legislature, including many incumbents and their challengers, are also on the ballot here in New York, the most politically corrupt state in the nation.

Among the most critical powers all state legislators wield is the power to control how elections are conducted and how government officials are held accountable. These “rules of the game” have everything to do with the policy outcomes that we all have to live with. It’s quite possible that all our political corruption is linked to the fact that New York is also number one in economic inequality, with the fewest people taking the biggest share of the money.

We at Represent.Us NY believe now is the perfect time to bring people together to fight for a government that works for all the people, not just the wealthy and connected. We’re asking all candidates for State Senate and Assembly to sign our #FixNYDemocracy pledge and commit to act on corruption in the next legislative session.

We began our campaign before the June primary, and gathered a bipartisan group of 37 candidates across 26 districts throughout New York State, from Buffalo to the Bronx, to commit to democracy and sign the pledge. Fourteen of those signers won their primaries, including but by no means limited to a group of progressive challengers who swept incumbents out of office.

That leaves dozens of incumbents and challengers whose level of commitment to cleaning up New York government remains unclear. Some incumbents may have feared retaliation from party leaders before the primary. But now that many candidates are likely to win safe districts in November, we really hope they’ll feel more free to stand up for what is right and help us build an unstoppable wave of electoral reforms that are so sorely needed here.

Redrawing election districts happens every ten years, once new Census data is out. New York passed a new redistricting process in 2014 that bears little resemblance to the relatively fair, independent redistricting that can be found in some other states. With the statehouse now firmly in Democratic Party hands, that process is still being debated, and could be in play well into next year. Also, last year Gov. Cuomo oversaw a process that made our ballot access rules the most restrictive in the nation, an existential threat to so-called third parties. This effort is still in the courts, but could affect 2021 elections.

3. Holding officials accountable through a truly independent ethics watchdog. The current commission, JCOPE, is weak and there have been efforts afoot to change it through legislation.

We need more elected officials who make decisions based on what is right for the people, rather than what big donors or a corrupt system pressure them to do. They must have the independence and courage to take on inequities further exposed by the COVID-19 pandemic and the movement against police brutality.

As Zohran Mamdani, a candidate for state Assembly in Astoria, Queens who won his recent primary winner over an incumbent legislator, said, “We’re in the midst of many crises but it’s important to know that they began long before this pandemic. For years, landlords, lobbyists and police unions have bought our elections and controlled our politics – and our politicians.”

Mamdani stands with Represent.Us NY to #FixNYDemocracy, get big money out of New York politics, and tackle inequality.

Represent.US NY continues to collect signatures on the pledge, and will do so until just before Election Day. Voters should contact their elected officials and local candidates and demand that they sign the pledge.