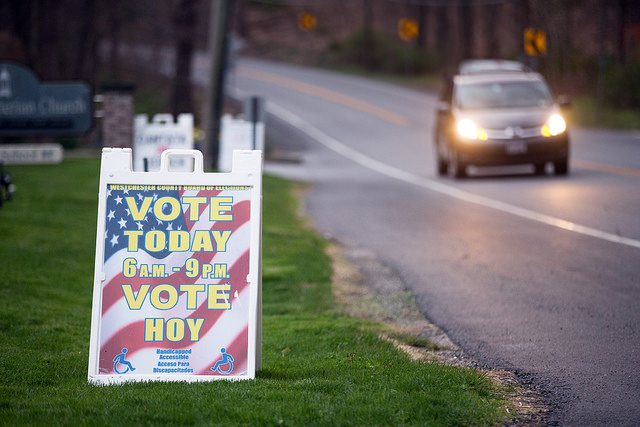 2016 is a big election year in New York. Not only is there a national Presidential election, but as is the case every two years, all of the New York State Legislature is on the ballot in 2016. New Yorkers have four - yes, four - election days this year if registered with one of the two major political parties and living in a district with competitive primaries. There were presidential primaries in April, congressional primaries in June, and state legislative primaries in September. Now, all eyes are on the general election, which will be on Tuesday, November 8. While Donald Trump plans to make New York competitive, Hillary Clinton is almost sure to win the state that they both call home. Meanwhile, there are several pivotal congressional seats at play in New York, which will influence which party controls the House of Representatives. There is also the matter of which party controls the New York State Senate. And, there are always other interesting races that may have fewer broad implications but are of more importance locally.

Below, find 2016 election stories, resources, and guides either produced or compiled by Gotham Gazette:

Can Trump Win New York? Inside the Numbers

Gotham Gazette partnered with WNYC for an interactive election guide to the state legislative primaries. Other coverage:

In Race to Replace Espaillat, Ramifications for His Power, Senate Control, and More

New Yorkers, Including the Presidential Nominees, Head to the National Party Conventions

Former Informant, Out; Candidate Indicted on Voter Fraud, In

PRESIDENTIAL PRIMARY COVERAGE (Prior to April 19, 2016 vote in New York)

New Yorkers Run for President: History and Insights for 2016