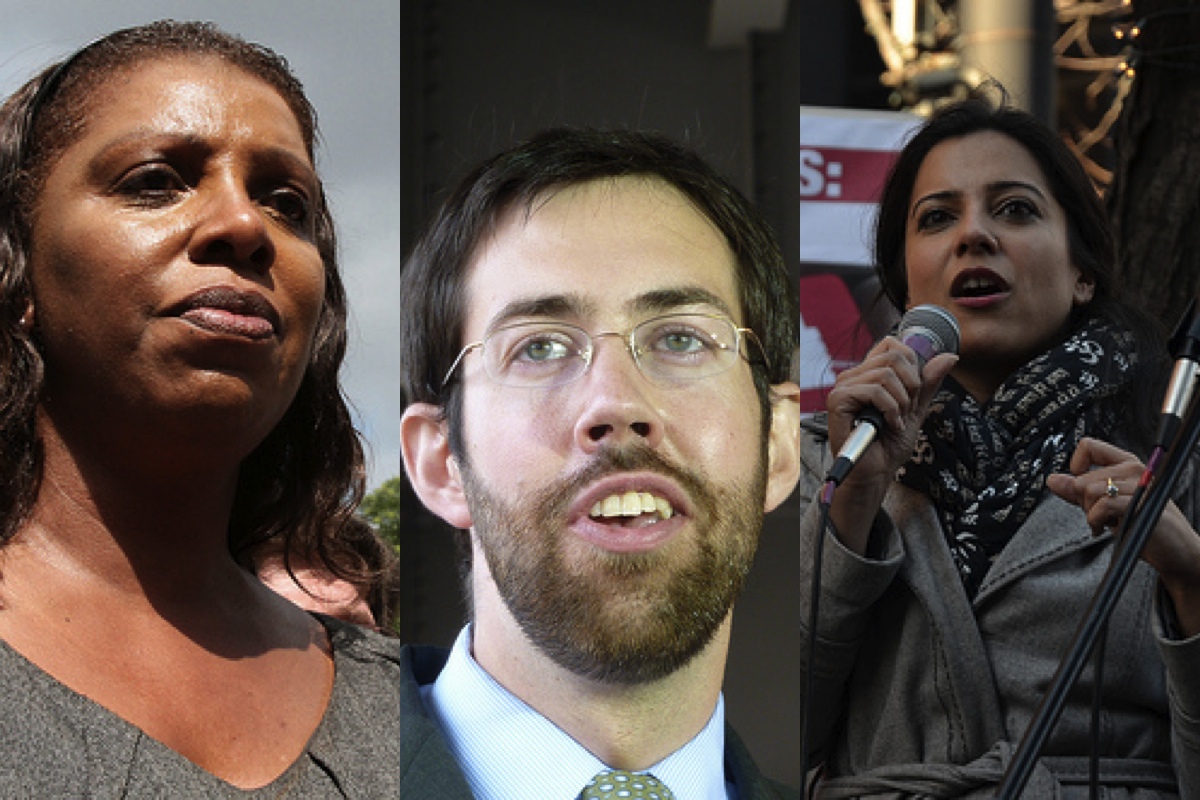 NEW YORK — Here’s one reason why the office of public advocate matters: the officeholder is one heartbeat away from running the city.

The office currently held by surging Democratic mayoral candidate Bill de Blasio is widely considered the least powerful on a citywide level — but the person is also next in line to be mayor.

That may be good reason enough for New Yorkers to pay attention to who is running in the primary to fill the job that is often described as an ombudsman to City Hall. Voters will get a chance to hear from the cast of this election cycle’s candidates at a city-sponsored televised debate tonight.

The office of public advocate has few powers and a small budget. Even it's position in the line of succession betrays the actual relevance that the office plays in the city's policy making. While a public advocate certainly has some appointment powers and can introduce legislation — not vote — to the Council, it has no independently funded budget.

But the position does play one big role in city politics. As Capital New York's Dana Rubinstein writes, even though it's not written into the charter, a public advocate "may use it to establish a public profile and a record in citywide office that forms the basis of a run for mayor."

Whether or not any of this year's candidates for public advocate aspire to higher office, they have to get to the office first. And with five notable candidates vying for the Democratic nomination, the September primary might be a close one.

So close, even, that the city's Campaign Finance Board ruled in favor of a request by Squadron to allow candidates to accept up to $2,475 in donations for a possible two-way run-off. The board also released public matching funds for the primary: Squadron got nearly $200,000, followed by Saujani’s with nearly $180,000. James received $25,000.

The first and only poll of the race seems to indicate it will be a close race. A late June Marist College poll found James and Guerriero statistically tied for the lead at 17 and 16 percent, with Squadron and Saujani trailing with 8 and 4 percent, respectively.

Here’s a bit more about the candidates — and what they’ve said so far about how they will use the limited powers of the public advocate.

Tonight’s debate can be seen on NY1, where it will be broadcast live at 7 p.m. WNYC will also carry it both on the radio and online.

For more on the candidates, check out our race page.

For more on the office of public advocate, see our 2009 article “A Heartbeat Away -- But What is the Public Advocate?”