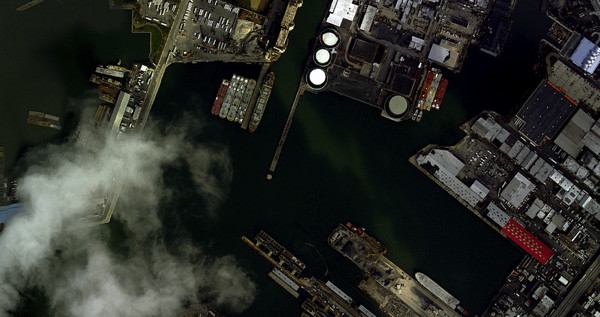 BROOKLYN — While South Brooklyn remained unreachable for many government and utility services in the immediate aftermath of Hurricane Sandy, community groups in the 38th City Council District looked to themselves for answers.

But unlike some hard-hit areas, this wasn't the first time residents in the district – which includes parts of Bay Ridge Towers, Borough Park, Gowanus, Greenwood Heights, Red Hook, South Slope, Sunset Park, and Windsor Terrace – had seen a need for self-reliance. From transportation to community centers, from housing and education to crime, community groups in the area say the services available in the district are not equal to what is provided elsewhere.

“In a community of predominantly low-income people of color, there's always a lack of resources,” said Murad Awawdeh, an organizer with the United Puerto Rican Organization of Sunset Park, in a recent interview. He cited specific reductions in service such as the cancelling of the B37 bus in 2010 that was finally restored this May after a citizen-led effort to put pressure on elected officials.

It is this deficit of services in the district where Carlos Menchaca sees an opening to unseat incumbent Councilwoman Sara Gonzalez, 64, in the Democratic primary on Sept. 10.

Menchaca, 32, has made the Council race a referendum on what he says are the services that have been “lacking” during Gonzalez's 11 years in office, which he said has resulted in the communities being left too often to their own devices. People in the district, he says, are “treated like second-class citizens.”

Gonzalez, the chair of the Council’s juvenile justice committee, declined to be interviewed for this story and her campaign said the candidate would skip a scheduled forum tonight at Trinity Lutheran Church out of concerns that it had become a pro-Menchaca event.

"Some of the community groups [critical of Gonzalez] have a relationship with the challenger," alleges Michael Tobman, a Gonzalez campaign spokesman, who maintained he didn't want to "single anyone out" by being more specific.

Hosted by the church, Transportation Alternatives and community groups Turning Point and Purpose, the forum was meant to give residents an opportunity to hear directly from Menchaca and Gonzalez on a range of issues affecting the district.

Juan Martinez, Transportation Alternatives’ general counsel and legislative director, said he was disappointed by Gonzalez’ decision and said the claim that the forum was pro-Menchaca was ill-founded.

Tobman also disputed Menchaca’s characterization of the councilwoman’s record. He responded by saying that Menchaca had misrepresented his own record by taking credit for work he was doing "on behalf of" Gonzalez.

Menchaca previously worked for Speaker Christine Quinn and it was in this capacity that Tobman claims Menchaca was sent out to Red Hook to speak for the Council after Hurricane Sandy caused a major storm surge and knocked out power in the neighborhood. "You don't get to be in Red Hook on behalf of the Council and then claim Gonzalez wasn't there," Tobman says.

The candidate doesn’t distance himself from his association with Quinn’s office; he points to his work there as part of his legislative experience. As a community liaison for her office, it was Menchaca's responsibility to do outreach work to the LGBT community.

But he is also not afraid to criticize his former boss over her handling of member items.

“We need a new budgetary distribution system,” he says, noting the current workings of the Council mean resources are often dominated by the Council speaker's wishes rather than by “need-based” decision-making. “There needs to be less favoritism,” he says. Quinn has been known to use her pot of member item funds to both punish and reward.

Given his criticism of Quinn, it’s perhaps unsurprising that Menchaca is not getting a boost from Quinn. The speaker seemed to make her preference clear when she attended a Gonzalez fundraiser in April. Menchaca declined to comment on Quinn's decision to support his rival.

Instead, he tries to turn the discussion toward the issues in the district, such as overcrowded schools, looming cuts to community centers and a lack of housing.

With an influx of residents coming to the 38th district for a variety of reasons – from the gentrification in Red Hook to the cultural hub that is the Brooklyn Chinatown – the few resources will only be spread thinner in future years, says Steven Chung, a representative of the United Chinese Association of Brooklyn. Already, he says, the steady influx of new immigrants and transplants has created a housing shortage.

That problem is compounded by what he claims is an under-counting of Asian-Americans in the 2010 Census due to multiple families occupying what is meant to be a single-family residence. This, he says, stem from rising rent and too few new housing options. “The rent is outrageous, and there are a lot of people living in single-family homes,” he says.

The problem of being “under-represented” has led his group and others, such as the Arab-American Association of New York, and numerous others operating in this area, to hold voter registration drives to try to get locals involved in the political process. But there is a language barrier that influences participation and access to government services.

“Even though these are citizens who can vote, many people are intimidated by the political system,” says Chung.

It’s not as if the area has been completed neglected. Some resources are coming to the area, including the completion of Bush Terminal Piers Park, a five-year project that aims to open access to space along the waterfront, while keeping intact its industrial roots. While this plan seeks to modernize the South Brooklyn waterfront, there is still more to be done in City Hall, says Carolina Salguero, director of Portside New York, a nonprofit that promotes both waterfront and water uses, with an eye towards the area's history and future potential.

“It would be great to have a Council person who focused on the water part of the waterfront,” says Salguero, who notes council district borders leaves water jurisdiction difficult to work with. The water is “all chopped up into an incredible number of districts,” she adds. There is some activity in the area, she notes, including a revitalized marine terminal that she is hopeful will redirect some truck traffic off of city streets, as cargo transportation can again look to the waterways.

Recently, the area's congresswoman, Nydia Velazquez, sponsored legislation to strengthen the industrial water use, but the effort came without city presence. At a media appearance on the initiative, Velazquez appeared alongside UPROSE's executive director, Elizabeth Yeampierre and other community and environmental leaders, not city officials, which might well stem from political infighting.

This past spring, Velazquez endorsed Menchaca in what was seen as fallout from Gonzalez's decision to back Velazquez's Democratic primary challenger last year. And that has paid off for Menchaca when Velazquez gave the maximum legally allowable contribution to his campaign.

Despite Velazquez's support of Menchaca, the primary fight appears to be one of the old guard versus the new. For his part, Menchaca, says with his immigrant roots (he claims he would be the first openly gay Mexican-American to serve on the Council) and progressive values he is better able to meet the changing demands of the district.

The candidates are running close to each other in the money race. Menchaca’s campaign had a balance of $115,282 as of this morning, city records show. Gonzalez’ campaign had $120,292.

Political action committees have also weighed in on the race financially.

Gonzalez’ campaign received support from Jobs For New York, a political action committee funded by conservative groups including the Real Estate Board of New York. The PAC has spent over $160,000 in mailers, phone banking and other support to get Gonzalez re-elected, according to the city’s Campaign Finance Board. Small Business Coalition, Inc., also spent nearly $2,000 on her behalf.

A labor-affiliated PAC, the NYC CLC Political Action Campaign Fund has spent $80,000 on getting Menchaca elected, the CFB records show. The money has largely gone toward leafleting and flyers. Menchaca has received endorsements from progressive and labor groups, including the Working Families Party and 1199 Service Employment International Union.