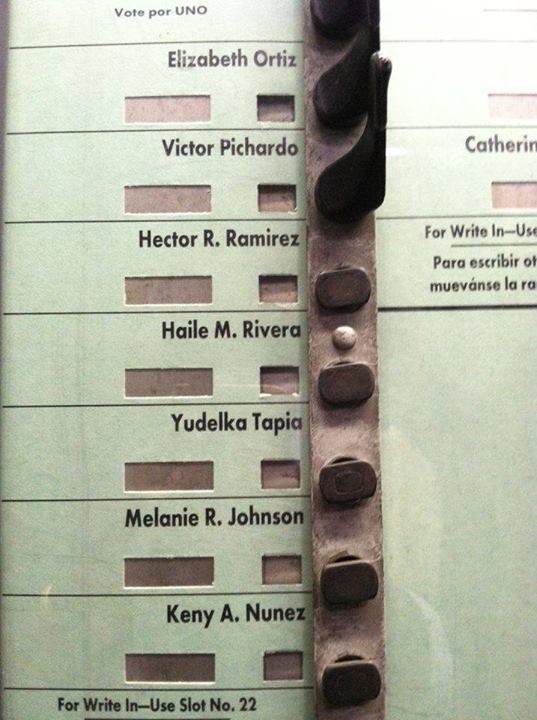 ALBANY, N.Y. — Victor Pichardo was a relative outsider with an unblemished reputation who entered the race to replace disgraced former Bronx Assemblyman Nelson Castro with a promise of a fresh start for the district. When the polls closed on primary night, he was narrowly winning by 82 votes.

It didn’t take long for the image of an untainted fresh start to be attacked. A day after the votes came in on Sept. 10, opponents complained that Pichardo's presumed narrow win at the polls had been tainted by at least one broken voting machine and his mother’s presence as a poll worker at one of the busiest polling sites in the district. Then Pichardo was accused by his former treasurer of running his campaign in an improper manner.

Former treasurer Carlos Morales sent out a release to the media claiming that Pichardo’s campaign didn’t properly document payment to staffers. Members of the Pichardo campaign said that Morales was a disgruntled employee who was trying to hold up the campaign for more money.  They say Morales shut down the campaign account that was initially in the candidate's name only toward the end of the election and demanded more money just when the campaign needed it most.

Pichardo's campaign said that although they initially considered pressing charges against Morales, they eventually decided to pay Morales an agreed-upon fee in exchange for him returning the Friends of Victor Pichardo campaign account to their control.

Morales could not be reached by phone for comment earlier this week.

With few votes separating Pichardo from his closest challenger, Hector Ramirez, and around 300 from Haile Rivera inconsistencies at polling places could have played a major part in deciding the election. Another candidate for the seate, Haile Rivera, took to Facebook to insist that Pichardo did not really win the election. “We will not accept a fraudulent verdict by a corrupt Board of Elections managed from the office of the party boss,” Rivera said in an email sent on Sept. 13.

Rivera also posted a picture of a voting machine that was missing levers for a number of the candidates in the race — including himself and Ramirez. Pichardo did have a lever next to his name.

Ramirez said he sent a letter to Gov. Andrew Cuomo and federal authorities asking them to look into why certain voting machines were missing levers.

Valerie Vazquez, spokeswoman for the Board of Election, said they had only received a complaint about one machine missing a lever for a candidate.

“The staff immediately deployed technicians who repaired the machine. I would also highlight the fact that as soon as the poll workers were alerted to the issue all voters were able to vote via emergency ballot," Vazquez said. She was unable to say how long it took for the issue to be addressed. She said an evaluation could take place later.

Vazquez did not address another complaint that was brought to the BOE’s attention by Rivera when asked about it. Rivera claimed his poll watchers caught Pichardo’s mother, Luisa Duran, working at a polling place at P.S. 33 — one of the busiest voting centers in the district.

Some community members and politicos had been skeptical about Pichardo because he was a virtual unknown supported by the Bronx County machine including Assemblyman Carl Heastie, Borough President Ruben Diaz jr. and Sen. Gustavo Rivera. Pichardo worked for Rivera as a community liaison.

Pichardo is hoping to take the seat vacated by Castro after he resigned this past spring following revelations he had functioned as a mole in the legislature for the Bronx District Attorney’s office after being caught lying under oath.