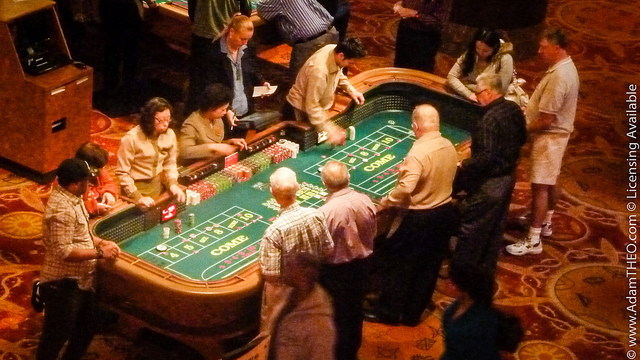 Voters this November will be asked to decide in a referendum whether to allow up to seven new casinos to be built in the state. Thankfully, the ballot proposal has some positively glowing things to say about the plans. For instance, it states that casinos will help with "promoting job growth, increasing aid to schools and permitting local governments to lower property taxes." Which all sounds wonderful, except that some opponents of gambling think casinos contribute to problems like addiction and poverty and constitute a "regressive tax."

One of those opponents — a bankruptcy lawyer from Brooklyn — has now sued the state over the language of the referendum, calling it blatantly promotional. “The Constitution is pretty clear that you can’t use public money to sway or influence a vote,” said Eric J. Snyder in The New York Times.

Snyder wants a judge to postpone a vote on the casino referendum until the language is changed.

The State Board of Elections has acknowledged that the language for the referendum was originally drafted by the office of the state attorney general but modified with input from Gov. Andrew Cuomo's administration. The governor highlighted his push for a constitutional amendment legalizing casino gambling in the state as one of his major policy achievements of the last legislative session and has said he will publically push for passage of the referendum.

Snyder isn't the only one who thinks the language of the ballot proposal is questionable. A recent Siena College Poll backs him up. The poll showed that when asked if they support casino gambling New Yorkers are split 46 to 46 percent, but when read the ballot language they support it by a margin of 55 to 42 percent. Survey participants were also asked if they felt the ballot language was fair. Fifty five percent of voters said it was fair while 43 percent disagreed.

Opponents of gambling like Mayor Michael Bloomberg have called casino gambling a “regressive tax” because, rather than drawing tourists, they attract locals who pour their cash into casinos. A 2009 study by the Connecticut Division on Special Revenue found that casinos did increase employment and local revenue, but also tended to lead to an increase in DWI incidents and personal bankruptcy. The study also documented a 400 percent increase in embezzlement arrests.

Voters will consider six ballot measures on Nov. 5. One of those measures will decide whether Supreme Court judges and Appeals Court justices can serve until they are 80.