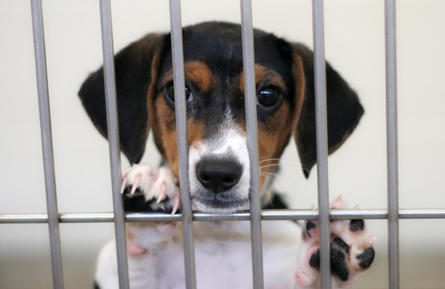 The sad story of Oreo the dog made headlines last year. Now her unfortunate death may spur a change in state law that could, supporters believe, ultimately lead to saving more animals from being put to sleep.

Oreo, a one-year-old pit bull mix, was thrown off the sixth floor roof of a Brooklyn public housing project. After surviving the fall, she was rescued by the ASPCA, which operated on her broken ribs and legs, nursing her back to "health" over the next several months. However, ASPCA professionals ultimately deemed Oreo to be too aggressive, the result of so much trauma, and decided she had to be euthanized.

Pets Alive, a group opposed to euthanasia and claiming to have experience in animal rehabilitation, tried to save Oreo. Its representatives maintain the ASPCA willfully ignored those efforts. While the ASPCA disputes that, Oreo was eventually put down.

While most rescuers agree that sometimes an animal is indeed too injured to save, a key issue concerns determining whether an animal's damage or suffering is "too" great. Moreover, many in the community argue that city shelters and established organizations like the ASPCA may use euthanasia on healthy animals or on animals that could become healthy because of space or financial constraints. Oreo's law "requires the release of a shelter animal to a rescue group upon request of the rescue group prior to euthanasia of the animal." Supporters believe greater access for more no-kill rescue groups will translate into more animals being spared.

From California to New York

Kellner's bill is based on a 10-year-old California law named for former State Sen. Tom Hayden, who wanted to reform that state's shelter system. The goals included promoting animal adoption, reducing euthanasia rates and creating a system for animal control shelters to place at-risk animals with no-kill groups instead of killing them. According to Kellner, Oreo's Law is a "bigger Hayden's Law for New York."

The original version has been rewritten to address concerns of opponents and proponents alike. It now includes establishing liability, exempting animals deemed dangerous by a court of law, and prohibits rescue groups that have been charged with or convicted of neglect, abuse, or dog fighting from being able to take animals. The bill also includes a definition of physical suffering.

"This is the best possible compromise for the greatest number of animals," Kellner observed.

Detractors, though, fear shelters would be forced to turn over animals to just any rescue group -- whether suitable or not; that some groups might horde animals or worse; and the law would create additional expenses for providers like the ASPCA by requiring longer hours, additional staff and larger facilities.

Traditionally, most animal rescue organizations are volunteer efforts aimed at rescuing otherwise healthy homeless animals and placing them in foster or permanent homes. The animals usually come from the street or municipal shelters.

In New York City, the Mayor’s Alliance for Animals was founded in 2002, and consists of approximately 160 rescue non-profits with a no-kill (anti-euthanasia) objective by 2015. (February is I Love NYC Pets month, a series of events designed to encourage adoption.

The ASPCA is a founding member of the alliance and, according to Anita Kelso Edson, its senior director of media and communications, provides significant funding to the Mayor's Alliance.

After the ASPCA stopped running city shelters in 1994, the city created Animal Care and Control to fill the void in animal control the next year. Edson said the ASPCA also provides that group with funding.

"The ASPCA 'pulls' more animals from AC&C than any other single agency,” wrote Edson in an email. The society, she said, took in "more than 1,200 dogs and cats" in 2009, including many in need of medical care. According to Edson, a total of 17,600 cats and dogs were transferred out of Animal Care and Control by all groups and individuals in 2009.

Rescuers say taking animals from the Animal Care and Control, and finding other homes for them is of the utmost importance because of terrible overcrowding there. They believe this overcrowding has lead to the death of countless animals because there’s been no room for them.

Supporters of Oreo's law said it would reduce overcrowding by allowing more groups to pull animals from Animal Care and Control. That would lead to more animal being placed, reducing the likelihood of euthanasia.

This issue was underscored by a recent emergency email disseminated by an Animal Care employee. "We need your help! Our shelter is COMPLETELY full. We are even turning away owner surrenders because we have NO cage space. â€¦ We have no room and that means tomorrow’s euth list is going to be enormous," pleaded the worker.

In response to the communiquĂ©, Animal Care director of administrative services Richard Gentles emailed that the shelter tries, "to maintain open cage space for newly arriving animals. â€¦ Each day people are in our shelters adopting and we are transferring animals to rescue groups. Therefore, cage/kennel space is always being turned over."

In a later email, Gentles admitted, "We unfortunately have to euthanize animals for space, behavior and illness."

The dispute over Oreo's Laws comes as Animal Care and Control's euthanasia rates have hit at an all-time low. As recently as 2002 the euthanasia level was as high as 75 to 80 percent, reported Shelter Reform Action Committee. It’s currently about 32 percent.

Gentles credited the decline to work with the mayor's Alliance for Animals and to new initiatives. For example, the New Hope Program serves as a network to distribute animals who aren't adopted directly from the Animal Care. Maddie's Fund is a low-cost spay/neuter project, available to city residents on public assistance.

Despite such efforts, almost 43,000 animals still enter the city's shelter system every year. Meanwhile, Animal Care and Control, like all city agencies, faces budget cuts. It's "about a 4 percent decrease in FY10," according to Gentles, but "the impact on operations is unknown."

Oreo's Law, according to Kellner, would save cities money by transferring some costs, such as housing and feeding as well as euthanasia, onto participating rescue groups.

The law also would provide more groups with access to animals needing care. Currently, critics charge that the criteria use by the alliance and Animal Care to accept or reject partners can be capricious and even punitive.

"It's willy-nilly," said Kellner, who recounted tales of groups being arbitrarily or incorrectly barred from the network.

Brooklyn Animal Foster Network director Laurie Bleier recounted online how a previous Animal Care director disqualified her organization after it had removed more than 1,000 animals from Animal Care. "My group was banned because one of my dogs in foster care was found to be emaciated," she wrote. "After a thorough investigation â€¦ those charges were found to be completely baseless and the case was dropped. Despite our complete exoneration ... we have not had due process to regain our status."

The bill has exposed rifts in the animal rights community. One of the measure's strongest advocates is Nathan Winograd, director of the No-Kill Advocacy Center, who touts it as a "second chance for animals." He said some groups in the alliance fear reprisals if they support the measure. For its part, Winograd believes the alliance worries the bill could reduce its influence. "If this law passes, and the grassroots is empowered, they lose control," he said in an email.

Alliance president Jane Hoffman sought to downplay the rift. "We are all working toward the same goal -â€“ to save animals lives. ... Shelters and rescue groups are not and should not be enemies," she responded in her own email.

Hoffman said the alliance does not take positions on legislation." However, as an animal lawyer, she has concluded "that there are better ways of developing cooperation between shelters and rescue groups" than Oreo's law.

The organization most vociferously opposed to Kellner's bill has been the ASPCA. At the time of Oreo's death, it released a statement, saying, "We have done everything humanly possible to save Oreo's life; yet, as a result of the abuse she suffered ... she has come to a place where she can no longer be around people or other animals. We make this decision -- and others like it -- with a heavy heart."

The group thinks the law might place too many restrictions on shelters. "A successful transfer program requires â€¦ discretion on the part of shelters to determine, in good faith, whether transfer is in the best interests of the individual animal, the shelter and the public-at-large," Edson wrote, especially in New York State, where shelters and rescue organizations are largely unregulated.

Ironically, Oreo's Law advocates say that National ASPCA president and CEO Ed Sayres championed Hayden's law. And in 1999, when Sayres was president of the San Francisco chapter of the SPCA, he testified against its repeal.

"There is no inherent discrepancy -- laws in different states even on the same subject can be very different, " wrote Edson. "That was a comprehensive law change after a lot of public hearings and deliberation, and it was also 10 years ago, and in a different state where there was a serious problem."

The ASPCA has faced widespread criticism for its position on the New York bill. Protests have been staged in front of its building and Sayres' residence. Online petitions have called for Sayres' resignation, and numerous web postings have assailed the organization.

According to Winograd and Kellner, the ASPCA has been on the defensive since Oreo's death and the euthanasia of a dog named Max in December. "To have the incident memorialized forever by the name of the proposed law would be to remind animal lovers of that betrayal," Winograd wrote. "They are trying to confuse groups and others into opposing the law by claiming it would put animals in harm's way by opening them up to being placed in hoarding situations or with dog fighters."

Additionally, the ASPCA's opposition also explains why certain rescue groups and the alliance won't take an official position on Oreo's Law, according to Winograd. "Some are supporting the ASPCA because they are financially beholden to the ASPCA or want a share in the ASPCA’s largesse," he said.

Enmity against the ASPCA has gotten so bad that one group, Best Friends Animal Sanctuary, tried to mediate between the two sides. "We're trying to get folks around the table. A lot has been personal," described Francis Battista, Best Friend's cofounder.

As the debate swirls, some animal advocates fear people have lost sight of the real issue -- that too many, usually healthy, animals are euthanized every day. The debate has "become distorted, and out of context," complained Jennifer Panton, president of United Action for Animals and co-creator/head of the Animal Care and Control's Cruelty Seizure Committee. "The public needs to be reminded, on average per day, 45 animals are put to sleep."

For its part, the ASPCA may be backing off from its opposition to Oreo's law. "We understand that amendments to recently proposed legislation have been drafted and address some of our concerns," Edson wrote. "As always, our goal is to help develop or support legislation that we believe will do the greatest amount of good for the greatest number of animals."