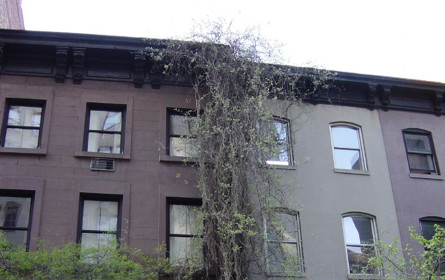 ALBANY, N.Y. â€“ A nearly 60-year-old New York City program designed to help landlords improve conditions for tenants in hardscrabble living conditions has strayed so far from its original purpose that owners commonly use it to fix up co-ops and condos, says a report released earlier today.

The J-51 program has become one of the city's most expensive incentives, costing $256 million in 2011, according to the report by the Community Service Society of New York, a 165-year-old group that does advocacy and research to address poverty.

Even as the cost of the program increased 50 percent from 2001 to 2011, the number of apartments improved under the project only increased by 7 percent, the report said. And the apartments being improved aren't are all broken down hovels--some of them are luxury apartments.

Mayor Michael Bloomberg's administration is expected to introduce a bill in the state Legislature today that would renew the program, which expired at the end of last year, with some changes that could possibly restrict the use of the abatement for condos and apartments. The administration did not respond to multiple requests for comment.

Jack Freund, vice president of the Rent Stabilization Association, said the group believes the policy continues to be useful to rental housing.

“Given the very high level of real estate taxes, the program provides incentives to work to get the tax burden down," he said, adding that with the city's support he expected the bill to pass in Albany.

Hilary Klein, lead organizer with the community-based organization Make the Road New York, said the city is giving tax breaks to landlords who make unnecessary improvements just to drive up the cost of their apartments.

“In spite of the original intentions behind it, J-51 functioned as a giveaway for landlords. It is enabling gentrification and displacement,” Klein said. “Our overall perspective is that it should not be renewed and that the resources would be used better elsewhere for other types of housing enforcement."

“J-51 is helping to subsidize high-end, luxury apartments in places like Harlem and Bedford-Stuyvesant that are obscenely unaffordable for the low and moderate-income New Yorkers,” said David R. Jones, president and CEO of the Community Service Society, in a statement. “It’s time to overhaul J-51 so that eligible property owners who receive tax exemptions and abatements are actually making improvements to affordable housing stock that otherwise would not occur.”

The abatement applies to buildings with a total of 709,000 apartments. Over a third of "dwelling units” in the city fall under the program, so a great deal of New Yorkers have been touched by the program in some way.

But, according to the report's authors, the program has grown unwieldy and amorphous. Owners who convert apartments into coops and condos qualify for the benefit for three years after conversions are finished.

In fact, no one had to apply to make improvements under the abatement, the report said. Owners whose property met the qualifications were simply due the write-off regardless of whether they would have made the improvements themselves.

Thomas Waters, a housing policy analyst at CSS who co-authored the report, says the city’s housing situation has changed dramatically since the abatement was created and amended.

The program was created in 1955 with the aim of converting coldwater tenements -- flats featuring a sink with only cold water -- into more modern apartments.

In signing the program into law, Mayor Robert Wagner described J-51 as being designed “to encourage improvement of substandard dwellings and in a way to aid in providing decent living quarters for those who are unfortunate enough to be obliged to live in substandard housing built many years ago and lacking the ordinary decencies and comforts of modern dwellings.”

The J-51 program works in three ways. First, owners who make eligible improvements to existing buildings qualify for exemptions and pay a reduced property tax. That amount is based on the value of the building before the improvements for 10 years and after that the new value is phased in over four years. Second, some owners receive abatements that reduce the overall amount of property tax they pay until almost all of what they spent on improvements has been reimbursed to them over a number of years.

Some owners can actually qualify for both an exemption and an abatement depending on the kind of improvements they make.

Waters says he thinks the program needs to be refocused, but said that after undertaking his study “it is hard to say what J-51 does.”