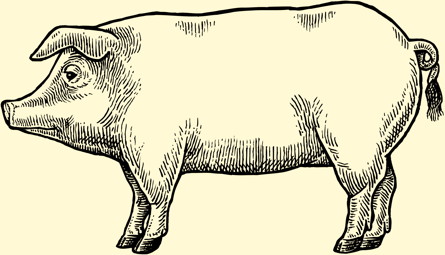 NEW YORK -- Every year, as the City Council goes about its business adopting a budget that it largely had no control over creating, it also repeats a widely observed parallel ritual.

It decides how it will dole out tens of millions of dollars in discretionary funding -- or what some refer to derisively as pork.

The Council made public a list of the groups and projects that it planned to fund last Thursday, before it voted to adopt a $68.5 billion budget.

Though it amounts to less than one percent of the budget, the distribution of discretionary funds is among the only ways the Council has an influence on funding priorities for the city.

While some good government groups argue that such discretionary funding is ripe for corruption, other organizations that analyze the budget disagree.

"Pork is not necessarily bad," said James Parrott, of the independent Fiscal Policy Institute. "Community services do get served."

There are two major types of discretionary funding -- expense and capital.

The City Council approved $50 million in expense funding for the fiscal year 2013 budget despite numerous scandals surrounding the cash the members get to dole out to nonprofits and organizations in their districts.

Councilman Dan Garodnick, who ranked 42nd of all Council members in discretionary funding this year, is calling for increased disclosure despite recent changes to increase transparency.

Garodnick’s office is making public all of the letters he received from community groups asking for Council cash as well as all the meetings he had with lobbyists and others looking for cash.

Garodnick told the New York Daily News that he thinks it should be common practice for all Council members. While Garodnick only got to dole out $464,464 to groups this year, other members had much larger amounts.

Do you want to take a closer look at how much your council member received in discretionary funding?

We've put together two handy spreadsheets and made them available through Google Drive that summarize both expanse and capital funding for years 2009 to 2013.

Looking for the original budget documents? Find the expense budget here. The capital budget is here.

Good government groups and other observers see discretionary funding as a way for the Council president to reward loyal members who vote with the Speaker and punish those who do not.

“If you look at the system that we have in place, the system that we have greatly reformed â€¦. We basically went from a system we inherited here that was kind of an honor system to a verification system," Speaker Christine Quinn said at a news conference before Thursday night's budget vote "We work closely reviewing all of the different distribution.”

When asked again about whether she had undue influence over the process of doling out funds, she replied: "I disagree."

Since 2008, when investigators announced they had discovered that millions in discretionary funds were being directed to sham organizations, Quinn has led the Council to adopt various reforms to bring greater scrutiny and transparency to the selection of beneficiaries.

Politically-connected groups continued to be beneficiaries of the Council's goodwill for fiscal year 2013.

The nonprofit was the target of a state and federal investigation for submitting fraudulent claims.

Far larger and the subject of far less scrutiny is the city's $489 million capital budget for fiscal year 2013. These are big-ticket items -- from upgrades of entire departments at hospitals to the reconstruction of streets.

The Speaker awards capital funding at her discretion, with projects sponsored by members, borough delegation and the Speaker herself. But budget experts say it is unclear what criteria is used to choose projects.

"We don't know what kind of vetting goes on to award capital money to these organizations," said Maria Doulis, the director of city studies for the Citizens Budget Commission.

Unlike discretionary funding, the capital budget is not made available as a searchable database on the City's website.

A review of records made available Thursday show the sponsors of projects with the most funds earmarked from them are the same Council leaders who get the most in discretionary funds. But there are also major differences.

For instance, for fiscal year 2013, Councilman Albert Vann, was among the top ten sponsors of projects in the capital budget, with $9 million to his name. But he was ranked 13th in expense funding.

Among the projects sponsored by Vann in the capital budget: $3 million for a tennis center at Crotona Park in the Bronx and $1 million for a technology upgrade for a classroom at Boys & Girls High School in Brooklyn.