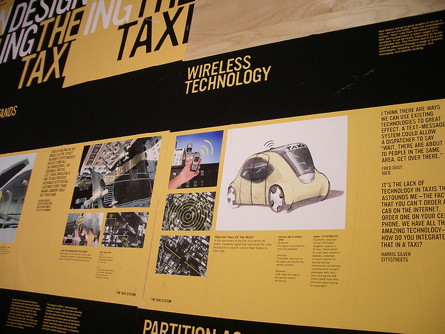 NEW YORK — Smartphone apps that allow passengers to hail yellow taxis could divide the city into those who can afford to pay a premium to get a ride and those who cannot, elected officials argue.

A number of companies are looking to break into the yellow cab industry with smartphone apps that would let New Yorkers hail a taxi without having to wave one down on the street. But yellow cabs are banned from making prearranged pickups, raising questions about the legality of hailing apps. Drivers of yellow cabs also aren't supposed to use electronic devices while in transit.

At an oversight hearing yesterday, members of the City Council also questioned whether smartphone apps were necessary or even fair.

"We cannot have a two-tiered taxi system in this city, where people with money pay a premium to get a cab, and the rest of us are left out," said City Councilman James Vacca, chairman of the transportation committee, during the hearing.

He said the use of smartphone apps to hail taxis could "change the game for passengers on the street" because drivers could refuse service to pedestrians and blame it on an "app call" — especially if it meant a ride that would be more profitable.

"How are we not to think that cab drivers won't respond to those using apps because there will be a higher fare?" he said later in an interview with Gotham Gazette. "If we allow those with apps to be charged more for a cab rider, then how are people who are going to hail going to be treated equally?"

He said that could be a particularly pernicious problem in the outer boroughs, where yellow cabs are rare and residents might be less likely to own smartphones.

"It could pose a have and have-not dilemma, which I would not encourage," he said. "There has to be an assessment of how we prevent that from occurring."

The use of new technology in cabs is one of Vacca's key policy priorities this fall as chairman of the transportation committee, particularly legislation (Intro. 599) to make the credit card payment system in yellow taxis accessible to people with visual impairments. Advocates testified at the oversight hearing in support of the bill.

"I want to make a contribution. You know, my father was blind for the last 30 years of his life," Vacca said.

But it was the question of whether to allow hailing from smartphone apps that some Council members saw as having the potential to upend the way that yellow cabs have traditionally been required to do business — by picking up passengers who flag them from the street.

"There's a reason why we don't allow you to use a telephone to call a cab. That's because we want cabs on the street to be available to be hailed," said Councilman G. Oliver Koppell to Ashwini Chhabra, a deputy commissioner of Taxi & Limousine Commission who was at the hearing representing the agency that regulates the city's more than 13,000 medallion cabs.

Chhabra made the point that he didn't personally see the purpose of smartphone apps for getting a cab. "For me it's just as easy to go outside now and stick my hand out and get one," he said, but added that consumers should have the option if they wanted it.

Koppell said the use of apps could potentially destroy the use of street hails. "I think this whole idea of allowing you to call is frustrating one of the hallmarks of New York, which is just like you said, that most of the time you can hail a cab," he said.

Livery cabs, the black cars that are popular in the outer boroughs where yellow cabs rarely appear, are allowed to respond to calls and have already begun using some types of smartphone software, Chhabra said.

In testifying at the hearing, he said the TLC was keen to revisit the issue of whether to allow "e-hailing" apps and promulgate rules, seeing potential in the software to improve the experience in riding in cabs for passengers and to help drivers increase the number of hails. Rules could be issued as early as October (separately, he said the agency had put out an RFP calling for companies interested in developing payment software for mobile devices.)

The legal limbo for taxi apps hasn’t stopped a number of entrepreneurial companies flush with cash from making plans to enter the New York City market.

One of these companies, Hailo, became operational in the city six months ago after successful launches in London and Dublin. In London alone, the company says it has signed up 30 percent of the city's 23,000 cabbies. And the company has big ambitions for North America, where it also plans to expand in Toronto, Chicago and Boston.

Jay Bregman, CEO and founder of the company, said the idea of Hailo is to “complement” street hails by creating more opportunities for drivers by filling in those hours when they are roaming for passengers. “We are not trying to dominate the driver's day,” he said, adding that, in London, street hails "have not been affected at all."

Hailo's model works by getting cabbies to register as members of its exclusive network, which, in the case of New York, passengers will have to pay an upfront fee to access. Bregman said the fee is collected outside the cost that shows up on the meter.

"What we aim to do is provide services where a proprietary network has access to really great drivers," he said. "That's one of the great compliments people say in London — that hail seems like a better drive than you can usually get."

He said that 3,500 taxi drivers had pre-registered to be part of its network in New York City.

In his testimony at the hearing, Chhabra said that the TLC conducted a survey in the back seat of taxis in recent months and found that almost 70 percent of passengers own a smartphone. He said 50 to 60 percent responded that they wanted to hail taxis with their smartphones. He did not say how many people responded to the survey.

But he said there were other reasons why these services could provide positive improvements for customers.

"They may assist passengers late at night when there are fewer taxis cruising," he said. "They may also serve to reduce driver reluctance to take trips out of Manhattan, if drivers think these apps can provide them with a greater prospect of finding a passenger for the return trip."