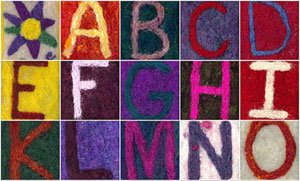 In a city where more than 170 languages are spoken and over a third of residents are foreign-born, scores of New York public school students struggle to learn English. They are known as English-language learners (ELLs), students who speak a language other than English at home and score below a state-designated level of proficiency in English upon entering the New York City schools.

These students are far less likely to complete high school than English speaking students. At a press conference in early August, Mayor Michael Bloomberg announced in a celebratory tone that the city's four-year high school graduation has risen to 55.8 percent, while the dropout rate has decreased to 14.7 percent (This was the first time the numbers included students who graduated after summer school).

But the number for the ELLs did not even come close to that. The graduation rate for ELLs is 23.5 percent, rising by 3.1 points from 2006. It is much lower than the rate for two other underperforming groups: Hispanics have a graduation rate of 43 percent, while blacks have a rate of 47.2 percent.

By failing to help so many students graduate, the city, say critics, is "betraying a whole generation of immigrant kids who are struggling to succeed."

"The ELL graduation rates announced today are absolutely deplorable," said Chung-Wha Hong, executive director of the New York Immigration Coalition. "With less than a quarter of ELLs graduating after four years, it is clear that Chancellor Joel Klein and the Department of Education must work much, much harder if they are serious about ending the ELL drop-out crisis. At this point, the city needs to act by initiating large scale interventions across the system to help ELL children succeed."

Among the ELLs in New York City, nearly one in five is Asian. According to a recent report by the Asian American Legal Defense and Education Fund, these students are often forced into certificate or GED programs, allowed to drop out with little or no intervention, or expelled. The report offers a number of possible explanations for the low graduation rate.

It criticizes the Bush administration's No Child Left Behind Act, which focuses on performance and pressures schools to strive for high test scores. "Since the No Child Left Behind law was enacted, we have not seen significant improvements in the quality of public education," said Margaret Fung, Asian American Legal Defense and Education Fund's executive director, in a press release. "Instead, Asian Americans — especially immigrant, poor and non-English speaking students—have been left behind to fend for themselves in securing basic educational services."

Asian Pacific American staff, faculty and administrators in New York City public schools are underrepresented in New York City schools, Zeyen Wu, education policy coordinator of the Coalition for Asian American Children and Families, said in testimony to the New York City Council Education Committee. This deprives students of teachers who could "serve as role models in schools and are familiar with the problems facing" Asian youth," Wu added. "They may be able to better identify potential problems before they escalate into larger issues."

Wu also called for the expansion of the Bilingual Pupil Services, a program that prepares paraprofessionals to become certified teachers in bilingual education, bilingual special education and English as a second language. The program pays for nine credits per semester at any of the participating senior colleges for an accredited program leading to a bachelor's degree and New York State certification, and is open to English speakers who are also fluent in Spanish, Chinese and Haitian-Creole.

In New York City, 66 dual language schools teach curriculum in both English and another language for the benefit of both ELLs and non-ELLs. However, there are only three Chinese language schools and one Korean language school although Chinese and Korean speaking students make up more than 12 percent of the city's English language learners.

Meanwhile, out of the 363 Transitional Bilingual Education programs, which aim to help ELLs quickly transition into English-only classrooms by teaching them subjects such as math and science in their native languages, only 34 are taught in Chinese, and two are taught in Korean. There are no other Asian-language Transitional Bilingual Education Programs.

In its effort to improve secondary education in the city, the Bloomberg administration has shut down many large high schools and opened a number of small high schools. When these schools first opened, some were allowed to exclude English language learners, as well as special education students. Recent figuresshow students learning English now account for about 12 percent of students at the small schools.

Things might be getting a little better. Mayor Michael Bloomberg and New York City Council Speaker Christine Quinn recently announced a $7 million fund that will be available to schools with a large number of high-need ELL students. Elementary, middle and high schools will all have an opportunity to apply for the funding, but will be required to provide a two-to-one match for their chosen programs.

In addition, a number of programs exist to help ELL students who find traditional high school setting too intimidating get a GED. These options are open to non-ELL students as well.